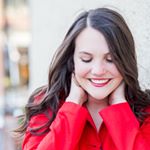 1. The person who actually does what she says she’s going to do. Keep your word. Show up, do the work, follow through, get the job done. Flakiness is so 2018.

2. The person who invites people in. Host the party, organize the dinner, have the impromptu get together. Let people in. Welcome them into your home, even if it’s dirty and overflowing with dishes.

3. The person who simply buys the next size jeans instead of having an existential crisis. Because there are bigger fish to fry, and you look sexy as hell no matter what the number on the tag says.

4. The person who pays for the car behind her in the drive-thru. Make someone’s day. Do something outrageously kind, and do it often. Remember that we’re all in this together.

5. The person who calls her loved ones on their birthday. It’s always better to hear someone’s voice or see them in person than just getting a text. Or worse, a Facebook message.

6. The person who actually lives her life instead of trying to take the perfect video for social media. Be in the moment. Don’t just document it. Live it, taste it, feel it. You’re going to want to remember this.

7. The person who lifts people up. If you see something good, say it. Constantly praise others both to their face and behind their back. Let your words build others up instead of tearing them down.

8. The person who holds the door open for other people, even if there are a hundred people in line and you feel like your arm is going to fall off. It’s the little things that matter. Become the politest person you know.

9. The person who dances. At weddings, in the car, around the office. Stop taking life so seriously. Bust a move as often as you can.

10. The person who politely calls people out on their bigotry instead of standing there awkwardly wondering what to do. Because it’s 2019 and we all need to speak the fuck up.

11. The person who owns who she is. Your only goal this year is to become the best, most authentic version of you that’s ever existed.

13. The person who trusts. In the universe. In others. In yourself. Have unshakable faith that you are right where you need to be.

14. The person who owns her shit. If you do something wrong, apologize. Man up. Own it, take responsibility, and then let it go.

15. The person who knows exactly how much money she has in her bank account. Because denial isn’t making anything better and blissful ignorance isn’t a strategy. Don’t run from your problems, face them instead.

16. The person who has a plan. For this year, for this week, for this morning. Stop winging your way through life.

17. The person who celebrates. Make a big deal out of special occasions. Show up for your people. Bring champagne. Be the person who is known for making things special.

18. The person who asks for help. Let your walls down. You don’t have to put up a façade. You can be real. Asking for help isn’t weakness—it’s strength.

19. The person who can relax. Repeat after me: your worth is not measured by your productivity. Give yourself a break. You deserve it.