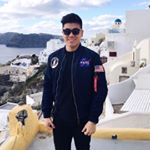 Where do I start. I guess I could start by saying I understand how you feel. It feels like you’re in the middle of a hurricane, everything that was once in your life is now up in the air, blown away in a whirlwind. Everything that you thought would be a constant, that would last a lifetime, has now come to past and is history. It’s a mess, mentally and physically, all that’s left are the bits and pieces. The people that you love no longer want you in their life, they don’t want to see you again, they might even hate you.

I know, it’s a hard pill to swallow to know that one day this person says you’re all that he or she has even wanted in life. And the next day leaves you by the side of the street and doesn’t look back, like you’re trash that’s unworthy and unwanted, rubbish that needs disposing of.

And you start to wonder, maybe you were the one at fault. Maybe you were the one that triggered it. Because they said you had issues or was stubborn or even crazy. I mean as hurricanes form because of the certain elements of the universe coming together, there must be reasons why one formed in your life.

Thoughts run through your mind in an endless cycle. Questions that you’ll never find the answers to will haunt you through the night, making nights seem darker than they are. But the matter of the fact is, everything in its time. No one is to be blamed. Sometimes there are just no reasons or answers. Everything no matter how good or bad that happens in your life, happens exactly how it should. I know you’ll probably hate this phrase but “it wasn’t meant to be”. And it’s true, there are no mistakes. God makes no mistakes. He just decided that it’s time to close that chapter. To close that chapter so a greater one could come your way. One that He feels you truly deserve.

Pray often, for peace and strength. Wake up each day being thankful that you have another to live. Never stop appreciating the small things in life, never stop noticing the little things in life. After all these small and little things are actually the big things. Let the fire inside you burn brighter than the fire around you. Know that the struggles you have now will come to past. Have faith that everything in its own time will come true. That one day you’ll be at a place where the wounds would have healed and everything you’ve ever dreamt of, will finally be your reality.

Believe me. You will be exactly where you want to be, with who you’re meant to be with. And when you get there, there won’t be a shortage of happiness, kindness, compassion, sincerity and love. Because, everything in its time.

An aspiring Pilot and free spirited dreamer who travels the world in search of wonders and holds onto the belief that important life lessons can only be learnt outside one’s safe zone.