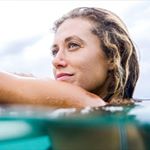 Don’t go to the university—it’s a trap.

Here’s why: As James Altucher says, “I was lied to from the moment I was in kindergarten.”

Your parents and grandparents and their parents are just trying to make sure you live the ‘American Dream’ and/or don’t end up homeless living in your van. The only problem is that they were lied to too.

Yesterday I had coffee with a friend and he said he was considering going to get a PHD in psychology, OR going all into his business.

I turned to him and said, “If all of a sudden this project you’re working on takes off and you’re making 30k a month and getting speaking gigs all over the world. Would you still go get the degree?”

I didn’t go to university. There was a seriously wired part of (not even from my parents, who both encouraged me to do whatever I wanted with or without school—thanks moms, for not trying to make me live in the matrix) that still felt at some point I should go or would go.

A gap year is cute, but once you’re done making out with Australians—pull up your boots and get back into the system—ya hear?

I went to multiple universities and sat down at offices with advisors and I asked them questions about writing programs and journalism programs and I was never convinced.

I always felt like I didn’t need it. So I didn’t go.

I found one of the most badass filmmakers, authors and storytellers on our planet Dianne Whelan and convinced her to be my mentor.

She’d constantly through my internship have me ‘wing it’ and I’ve been winging it ever since.

Last year I made $250k with both my companies and I don’t have a degree.

Also, with our economy right now a degree doesn’t mean you have a job and if you get a job there is no promises a robot won’t replace you in like 6 years.

Our economy and world have changed and you don’t need a degree to make money, be a success or live the ‘American dream’.