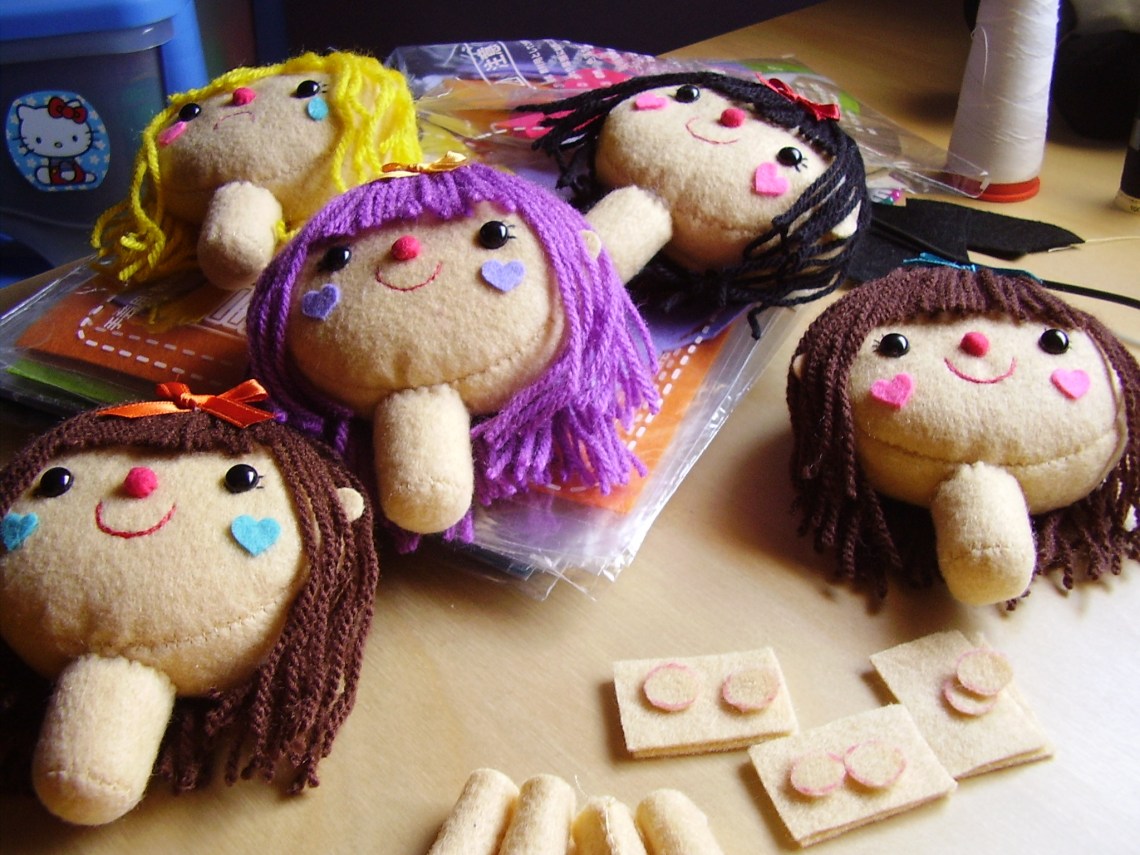 I’ve been a bit vocal lately on how feminism negatively affects men and fathers and encourages them to behave in ways that ultimately undermine themselves, women and relationships. In the interest of fairness and equality, today I would like to point out how feminism insults and demeans women. Feminists claim to represent and promote the interests of women, but if you scratch the surface, you’ll find that feminism embraces a streak of misogyny to make the ancient patriarchs green with envy. Here are six ways that feminism insults, belittles and demeans the women it is supposedly supporting and encouraging.

The new Yes Means Yes affirmative consent law in California achieves a few astonishing feats: it turns normal, consensual sex into rape and it strips the accused of due process by requiring confirmation of consent at all stages of sexual encounters. Consent must be enthusiastic, ongoing and affirmed. Not only does this turn sex into a decidedly unsexy, legally fraught encounter, but it also implicitly requires men to obtain consent from women and not the other way around. I have yet to have a feminist give me a clear answer to one simple question: “I have never, ever once requested permission from a man to have sex with him—am I a rapist?” What underlies the whole affirmative consent program is the idea that women are emotionally crippled, fearful, insecure and immature weaklings who cannot possibly make their thoughts and desires clearly known to adult partners.

Feminist laws about consent turn grown women into slobbering, babbling toddlers who must be interrogated at every stage of the game to see what their thoughts might be, rather like trying to figure out which underpants your two-year-old wants to wear when he has forgotten the words “Incredible Hulk.” My, how empowering. No thanks.

Trigger warnings are the most ridiculous, patronizing and infantilizing creations ever to come out of feminism. The general idea is that individuals who have experienced some particular issue (rape, fat-shaming, street harassment, papercuts, etc.) might confront an article called “I Got a Papercut and Was Fat-Shamed by a Street Harasser Two Days After I Was Raped,” have absolutely no idea what the article might be about, proceed to read said article and subsequently require medication to deal with the PTSD triggered by the memories of the traumatic event(s). Exactly how pathetic do you have to be to confront words describing situations you might find upsetting and require authorial permission to stop reading? Know what I hate? Reading about adults who kill infants. It makes me feel sick to my stomach, so when I see headlines like “Mother Microwaves Baby,” I don’t read them.

In the era of clickbait journalism, it’s incredibly rare to see headlines like “Unusual Situation Happened Last Night” or some other misleading or elusive headline that downplays the actual events. Quite the opposite. But feminists adore trigger warnings because it reinforces the idea that women are ruled by their emotions, are incapable of recovering from trauma and are just generally hysterical nitwits unprepared to confront adulthood and reality. How encouraging! How supportive! No thanks.

3. Domestic Violence and the Duluth Model

One of the most frustrating things about watching feminists deny that women can be and are violent in their personal relationships is that feminism is in essence denying that women are fully human. In order to perpetuate the narrative that men are violent monsters who must be controlled by women lest we all end up chained in basements, feminists deny the full humanity of men and women. The goal is undoubtedly to create a climate of fear that discourages women and men from creating loving, trusting relationships with one another beyond the control of the state or an ideology. But in dehumanizing men, feminism also dehumanizes women. Men are left with strength, power, agency and responsibility (which of course they abuse), and women are left with weakness, powerlessness, resignation and defeat.

The Duluth Model—which emphasizes that no matter what injuries a woman has inflicted on a man, the man should be considered the perpetrator—also reinforces the idea that women are equivalent to children who must not be held responsible for their actions because they lack the maturity and rationality to understand what they are doing. You don’t arrest a child for kicking her mother, but you do arrest a mother for kicking her child. When it comes to domestic violence, feminists consider the women children. Gee, that’s not infantilizing at all. The trouble with being human is that sometimes humans suck and they act like deranged, violent assholes and, sorry, feminists, but men do not have the market cornered on that at all (*cough* Hope Solo *cough*).

Affirmative action programs were born out of a time in which black students in particular were denied access to higher education for no reason other than the fact they were black. They had the abilities, grades, achievements and skills to be in a particular discipline and were denied the opportunity because of the level of melanin in their skin. Those were worthwhile programs that needed to happen, but then feminists got hold of them. They began to change programs from ones designed to address real, actual prejudice and promote a meritocracy into ones designed to force access for the un- or under-qualified simply because.

Interestingly enough, affirmative action programs that push qualified black students higher up the academic chain are more likely to result in those students dropping out, since being perfectly qualified to compete in a B-level school but getting shoved up to an A-level because someone thinks superficial diversity is a good idea means that a competitive student is suddenly facing adversaries he or she is not qualified to compete with.

This is the exact impact that pushing women into STEM careers is having. Women are encouraged to ignore what their natural needs and wants are, enter careers that they are only nominally qualified to be in and guess what happens? The vast majority of women with STEM qualifications are not working in the field at all. Money and time wasted, all because feminism thinks women should be forced into ideologically defined roles (Engineer! Astrophysicist! Chemist!) that meet their fantasies of “equality.” Feminism insults women by telling them that their natural interests are wrong and they are too stupid to know what’s good for them. No thanks.

If trigger warnings are the dumbest thing to come out of feminism, microaggressions are a close second. The very definition of pettiness, microaggressions are teeny-tiny irritations that women are encouraged to nurture into long-standing grudges until they spill out into hysteria and mania. Did you once go for coffee with a guy and it led to sex? Any time a guy asks you for coffee, it automatically means he wants to fuck you! Were you one time slightly uncomfortable in an elevator with a guy you sort of knew but not really? Men on elevators will attack you! Did a guy on an elevator ask you for coffee? Sexual harassment! Alert the presses! Asking women for coffee is a way to remind them that elevators are perfect places to rape!

What feminists refer to as microaggressions, the rest of us sane adults call life. Getting cut off in traffic, having someone snap at you because they’re having a shitty day, a socially awkward moment with a colleague, a stranger rushing past you and inadvertently bumping your coffee—these are not things meant to point out your meaningless existence and your powerlessness in the face of others. They’re just life.

When researchers at Loyola University asked men and women whom they preferred to make the first move, 83% of men and a whopping 93% of women preferred that men do the asking. Any man who reasonably expects to initiate a relationship with a woman had better be prepared to suck it up and put himself out there to risk rejection, and potentially very humiliating rejection.

Is it really any wonder that some men, particularly those of lower socioeconomic standing, might mitigate against rejection by injecting some levity or a degree of inappropriateness into their approach? Poor men, and poor men of color in particular, are of the least social value to women. Women still want rich guys. Big surprise. And women want men to approach them. Now take a white woman and have her stomp through economically deprived New York neighborhoods with a scowl on her face, acting like she owns the damn place, and what do you think happens? She gets a few comments. And then promptly begins to shriek about street harassment.

Street harassment is the trifecta of feminist insults to women. Women are presumed to be racist, classist and sexist all at the same time but still encouraged to imagine themselves the victim. It is sexist for women to expect men to make the first move in establishing contact. It is racist for women to enter public spaces dominated by people of color and then sneer at those people for attempting to initiate contact. It is classist for women to enter lower socioeconomic neighborhoods and then behave contemptuously towards the people who live there. That street harassment video was especially infuriating for promoting a cluelessness in women that relentlessly insults and degrades poor men of color, all the while encouraging women to exult in their own victimhood status.

Women are perfectly capable of understanding race, class and sexism and acting in ways that perpetuate none of those things. Women are more than capable of understanding which situations afford them privileges and not to take advantage of those privileges in a way that dehumanizes and abuses other people. Once again, feminism insists that women are toddlers and whoever takes the sippy cup from their hands is mean and wrong.

Women as children, women as hysterical, women as irrational, women as incapable, women as selfish, women as unaccountable—these are all accusations that feminists throw at the so-called patriarchy. But when you put down the dictionary and look at what feminism actually says and does, who is it that insults, infantilizes and demoralizes women?

The broader culture treats women as adult humans capable of making choices and dealing with the consequences of those choices, just as we expect all men to do. Feminism is the social movement pushing to treat women as large children who need protection from their own actions.

The earliest waves of feminism fought long and hard to give women all the rights and some of the responsibilities of adulthood. I would like to see women achieve full equality by accepting all the same responsibilities that men do. The only thing standing in the way of equality that I can see is feminism. And we don’t need a movement that undermines women’s agency and adulthood.

If Feminism Frightens You, Become A Better Man