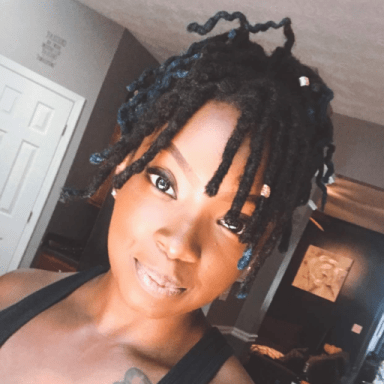 Before we begin… Here’s the strongest virtual hug I can give you.

I know this isn’t an easy position to be in, whether it is your fault or not. If you’re asking for forgiveness, I feel like you’re coming from one of two places. 1) You either know you did wrong and you genuinely feel remorse or 2) you’ve been wrongly accused—but you still want their forgiveness in order to move forward in the relationship. At the end of the day, both of these situations are shitty and neither of them hold any guarantee of forgiveness. I hate to be so cliche, but it is what it is. Forgiveness is a privilege that is completely out of the control of the person asking for it.

Before we go any further, I want to acknowledge that choice that someone has to willingly make in order for the both of you to truly move forward. It doesn’t matter how much you’ve begged and pleaded for forgiveness. Unfortunately, it doesn’t matter how much wrong they’ve done to you before this, and it doesn’t even matter if it’s actually your fault or not. If they don’t make the choice to forgive you, there’s not much promise in a positive outcome from there. At least, that’s what I’ve grown to learn from my own experience with forgiveness. Now that you’ve reached a point where you see that they won’t forgive you, here’s my advice for getting through it.

Read this when they won’t forgive you.

Acknowledge whatever led to the situation at hand.

No matter what side of right or wrong you’re on, really dissect the event(s) that took place. In my opinion, there’s no way you’ll be able to follow through with anything else I’m about to say without completing this step. Don’t place any blame. Don’t beat yourself up or talk down on the person involved. Remove the emotional aspect and focus only on the logic and actions that led the both of you to this point.

Accept the fact that their choice is out of your control.

To piggyback off of the previously mentioned, you’ll have to accept the fact that regardless of what led to this point, you don’t have any control of whether they’ll forgive you or not. As I mentioned before, it is solely up to the other person involved to decide whether or not they’ll forgive you—whether you’re right or wrong. When they’ve chosen not to forgive you, you have to understand that their choice is beyond your control. There’s nothing you can do or say (at least at this point) that will change their mind.

If you’re in the wrong, now is the time to accept that every action has a consequence and reaction. You brought the possibility of losing the person involved on yourself. If you’re not guilty, you’ll have to hold yourself accountable for being with someone who—in my opinion—never really trusted you in the first place. You can’t grow with anyone who doesn’t trust you. To be honest, without trust, the two of you never stood a chance.

Learn from this experience and take note of how to avoid this in your future relationships.

As hard as it might be, take this on the chin and learn from the experience you’re having. Feel your feelings, but figure out how to avoid going through this again—however that applies to your current situation. I know it might not feel like it right now, but all is not lost.

Promise yourself you won’t willingly make the same mistake again.

Guilty or not, make sure you do everything in your power not to willingly be in this position again. Having to accept the death of any relationship that is important to you will always be painful. You don’t want to repeatedly feel the way you’re feeling right now. Trust me. If you’re losing someone you love over selfish acts, let this be a vivid reminder every time you have thoughts of doing this again. If you’re innocent, let this be a reminder that you cannot build with someone who isn’t willing to believe or trust you from the beginning. You don’t deserve that.

Feel better and do better.

At the end of the day, life goes on. Feel your feelings. Follow these steps (and add more if necessary). Process the outcome. Forgive yourself and keep on truckin’! Learn from the experience and DO BETTER from here on out—however that applies to you. Dwelling on the situation and/or repeatedly begging for their forgiveness will only affect you. Trust me, when someone makes the decision not to forgive you, they are ready to move on with their life. You won’t be holding anyone back but yourself, honey.

All is not lost, my love. Accept and evolve.

The True Power Of Forgiveness

Self-Hate Is The Most Powerful Motivational Tool

You Can Forgive Someone, But That Doesn’t Mean They Need To Stay In Your Life

Read This If You Need To Forgive Someone Who Hurt You

4 Reasons You Must Forgive Your Ex, For Your Own Sake