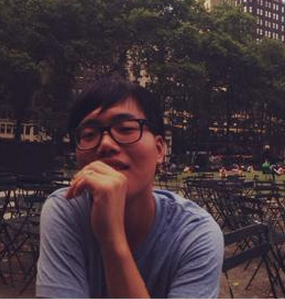 The identity of the Sea Peoples. Around 1200 BC civilization was progressing rapidly in the Eastern Mediterranean, with the Egyptians, Hittites, Greeks, and Minoans all having advanced cultures. Then suddenly a bunch of Bronze Age vikings appear out of no where and destroy everything, setting back civilization by 1000 years. To this day, no one knows who they were or where they came from.

How about the Great Leap Forward? All of a sudden, out of the blue, about 40,000 years ago we develop cave painting, music, burial, simple jewelery (clay beads and the like). No evidence I’m aware of showing any of that before then.

I wish we knew more about the rise and fall of the Incas. Being able to develop a city like Machu Picchu buried deep within the Andes Mountains, with engineered lands for farming and massive stone formations, while only lasting for about 85 years before the city was completely abandoned.

Linguistically, the Great Vowel shift. For an unknown reason during the Middle Ages the British speakers of English changed virtually all vowel pronunciations over the short span of 1-2 generations. Incredible cultural mystery.

Antikythera Mechanism. It’s an analog computer dating back 2000 years ago that was used to display astronomical cycles. Nothing as complex as it was seen for another 1000 years. (PBS Link)

The Voynich manuscript is a pretty interesting one.

I don’t know about most amazing, but the Money Pit on Oak Island is pretty amazing.

There are some YouTube videos on it, basically a pit that is man made that can’t be dug out.

This ancient city (Mohenjo-daro) with a load of skeletons and glazed rock as if a nuke had gone off.

Easter Island Heads. Not an event per se, more their actual existence and the mystery behind their creation.

What’s the meaning of Stonehenge?

I’m surprised no one has said coral castle or at least I haven’t seen it. Very interesting place built by hand by one man who took the secret of how to his grave and only left hints in an insane and rambling book that no-one has decoded yet.

The Nazca Lines are pretty interesting.

For me, I think it would be the ‘Dancing Plague of 1518’. Some people have theorized it was psychedelic fungus, others think it was just massive stress driving people to have breakdowns and dance until they died. Whatever the reason, I find it incredibly interesting.

16. The Stone Spheres of Costa Rica

The Stone Spheres of Costa Rica

Benjamin Kyle. Man who woke up behind burger King with absolutely no memory of who he is. Every test done to find his identity has failed, his fingerprints, DNA, etc. do not match any person on file. Nobody has a clue who this guy is.

Who the hell was Kaspar Hauser.

What was held inside the Library of Alexandria? What was the knowledge inside of that library that still, as present day, we have no evidence of what ancient secrets it held.

The Tunguska event sounds pretty interesting. The leading theory is that an airburst meteorite caused it, but nobody’s completely sure.

Rasputin, seriously. What was he, where did he come from? He couldn’t have been human.

22. Giants and a satellite

The Black knight satellite, supposedly a 13,000 year old satellite that has been in polar orbit.

The Red Headed Giants. A group of people that existed a few thousand years ago, supposedly the “Nephilim.”

The Green Children of Woolpit freaked me out when I first heard of them.

What was that silent mile wide V shaped object up in the air. Thousands of people saw it. Even the mayor admitted later that he didn’t know what it was.

What about the Philadelphia Experiment? Where a naval ship “cloaked” and then re-materialized, embedding some men within the bulkhead. Hoax or no?

Mysterious Russian radio signal that’s never been fully explained (and a few others like it). I know the truth is probably boring as hell, but I’d still like to know!

Not an ‘event’ but the life of Edgar Cayce.

Tens of thousands of people saw the sun dance around in the sky one day in 1917. Catholics claimed it was a miracle from God, but I don’t buy that explanation. Something weird happened though.

Where the Etruscan Language came from, it isn’t so much a Indo-European Language as it is a language more closely related to the Turks or the Finnish, which is strange as to how those people got there and built an extremely advanced civilization that would eventually be annexed by the Romans through a mix of war and Cultural marriages.

Polynesians populating the Pacific ocean islands and even parts of South America as early as 1800 B.C. DNA tests have been done and confirmed the extent of their “Explorations”, but the things that gets me are why they decided to travel into the great unknown in the first place? and a how advanced their technology had to be to find these islands. They didn’t just randomly drift into them. Tests have been done showing how unlikely this is. They would have to possess complex knowledge of currents and what not. Just incredible stuff!

In 1948 a dead man was found on Somerton Beach, Australia, with the cause of death and identity of the man both being unknown. What separates this case from other unidentified, unexplained deaths are the highly bizarre details in the case, leading many to assume that international espionage or other conspiracies might have been involved.

Despite being newly deceased, no one has been able to identify the man, who carried no identification or passport, only a pack of English cigarettes, Juicy Fruit gum, several unused train tickets, and most mysteriously a scrap of the last page of the Rubaiyat of Omar Khayyat -a collection of Persian Sufi poems and very rare book at the time- sewed into a hidden compartment in his pants. On this scrap the words “Taman Shud”, “it is finished” in Persian, were wrote. As the only clue, police issued a search for all copies of the Rubiayat, looking for a copy missing the final page.

An tip came forward that a private citizen living in Somerton had such a book. Upon examining the book, the investigators noted that not only was the final page missing, but a jumble of letters was written on the inside back cover. Tests showed the paper found on the body matched the book, and police assumed the writing was some kind of code. According to the man, who remained anonymous, several weeks before the body was found he had left a copy of the Rubaiyet in his car, unlocked. Cryptologists have been unable to break the code.

The autopsy revealed absolutely nothing, aside from the fact that the man had eaten shortly before his death. No apparent cause of death lead authorities to assume poisoning, yet toxicological reports found no identifiable poisons in the body, and the cause of death remains a mystery.

And finally, during the course of the investigation authorities discovered an eerily similar case had occurred 3 years earlier in which a Singaporean man by the name George Marshall was found dead in Sydney. No cause of death could be determined- and a copy of the Rubaiyat was found on his body.

There are a lot of theories, but no proof of what they were actually used for (as far as I know). But really cool to think that an ancient civilization might have had some form of electricity for everyday use.

The color blue is never mentioned in any form of writing amongst all cultures up until a few hundred years ago.

A couple years ago there was a strange noise heard all around the world. A lot of people try and say it’s that HARRP government thing but honestly i don’t see how any technology could make such a loud noise. There are hundreds of videos online of the same type of noise from Europe, Russia, America, Canada. literally all over the world.

The riddle about the Yonaguni Island.

Is it man made and if so, who built it?

And read this blockbuster new novel — about a teenager who wakes up with memories that don’t belong to him.