If there’s anything that can be confidently said about the TV show ‘Girls,’ it’s that it doesn’t shy away from sharing uncomfortable truths about what life looks like in our twenties. As we gear up for the sixth and final season of the show to begin, it only feels right to reflect on the challenges we’ve watched Hannah, Marnie, Shoshanna and Jessa face in the past five seasons – and to reflect on the lessons we’ve learned through watching them surmount them. 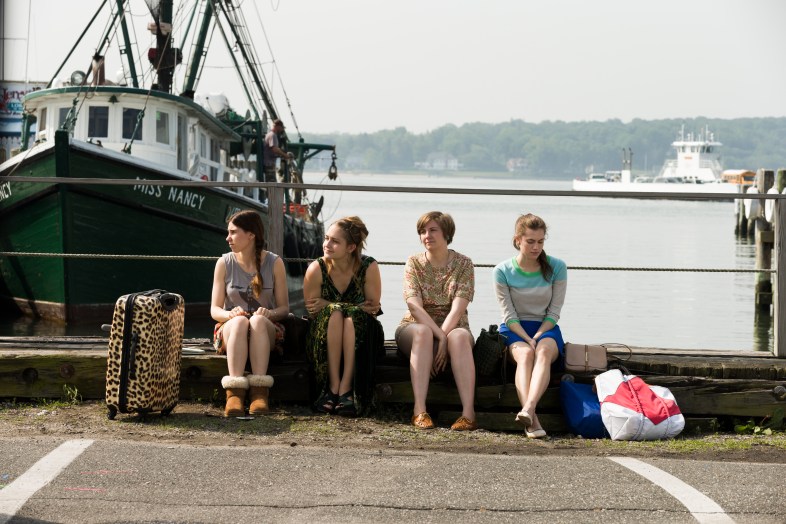 1. We have to let our relationships with the people we love change.

If there’s anything the ‘Girls’ have learned over and over again throughout the series, it’s that relationships take on different roles at different times in our lives. We watch the girls change from roommates to long-distance friends to acquaintances who rarely see each other – only to continuously renew their friendships and re-establish what they mean to one another. It isn’t always comfortable or glamorous, but it’s a real and hard-hitting portrayal of what friendship often looks like in our twenties.

2. Sometimes you have to ask directly for what you really want.

In season one, we watch Hannah pine endlessly after Adam – who eventually becomes her boyfriend when he asks her, in the middle of a heated argument whether she wants him to “be her f***ing boyfriend.” The simplicity of the exchange is astounding, as straight-up admitting what she wants ends up landing Hannah the exact relationship she’d been pining for all along.

3. Someone can be a wonderful partner on paper but still be wrong for you.

In the season four finale of ‘Girls,’ Hannah picks her stable and patient co-worker Fran over her unstable ex-boyfriend Adam. While this is a definite mark of maturity on Hannah’s part, the relationship ultimately fails. Even though Fran seems perfect on paper, the two ultimately want different things out of the relationship – and end up realizing that they’d both be happier with someone whose interests align more closely with their own.

4. It’s possible to find peace in the places you least expect it.

We all felt Hannah’s pain when Jessa and Adam began dating in the last season of Girls. But what most of us never saw coming was Hannah’s acceptance of the duo at the end of season five – when she spoke up about the pairing at a story slam, admitting that after overhearing the two of them fight, she finally felt ‘free.’ This pivotal moment for Hannah’s character reminded us that it’s possible to make peace with even the most uncomfortable circumstances.

5. At some point you just have to let go of FOMO.

Hannah Horvath has a lot of cringe-worthy quotes throughout the series, but one of her more relatable moments surfaced when she informed Adam she wouldn’t go on hiking with him because, “I don’t want to do it and it’s really liberating to say no to the shit you hate.”

Though Hannah’s declaration may have seemed funny in the moment, it was hard to disagree with her statement. At some point in our twenties, we all have to give up on FOMO and finally decide to live out our #personaltruths.

6. What you want and what’s good for you are often very different things.

Throughout the series, Marnie jumps from relationship to relationship because she feels most comfortable when she’s somebody’s girlfriend. It isn’t until season five, when she breaks off her marriage with Desi, that Marnie finally realizes that what she needs is to be alone – even if it isn’t necessarily what she wants.

7. Sometimes you owe it to yourself to put your own needs first.

At various points throughout the series, each of the girls made at least one choice that seemed selfish on the surface, but was exactly what she needed at the time.

Hannah chose to leave her life in New York to pursue creative writing in Iowa. Shoshanna decided to extend her stay in Japan until she felt ready to leave. Marnie pursued a man who was in a relationship with somebody else and Jessa seemed to make ‘me first’ her personal ethos throughout most of the series.

Though many of their decisions were heavy ones, each of the girls understood when it was time to put their regular lives on pause and pursue what they needed on a personal level. Which is something we too often forget to do in real life.

8. How your life feels is more important than how it looks.

One of the realest moments of the series may have been when Shoshanna broke down and admitted she was no longer happy in Japan, despite how hard she’d been trying to make her life there carry on happily.

In our twenties, it’s easy to become so obsessed with how we want our lives to appear to others, that we completely forget to consider how those lives are actually making us feel. And we almost always end up realizing it through a breakdown – exactly like Shoshanna eventually did.

9. There is no age at which our lives magically figure themselves out.

Hannah’s father Tad coming out in middle age serves as a stark reminder of the fact that our lives don’t get any easier or less confusing as we grow up – we just learn to trust ourselves a little more as time goes on. And if we’re lucky, we’ll have people we love around to lean on every step of the way.

10. You can love the people in your life even when you don’t necessarily like them.

One of the funniest quirks of the ‘Girls’ characters is that for such close friends, they often seem to just not like each other much. But that doesn’t mean they fail to show up for each other. To support each other. To be there for each other, when the going gets tough.

Because if there’s anything ‘Girls’ teaches us about life in our twenties, it’s the importance of holding the people we love close – even on the days when we don’t like them.

Tune-in to the Final Season of GIRLS, Sunday February 12 at 10pm on HBO