The INFJ doorslam has been widely discussed and accepted within the MBTI community. However, this phenomenon is not exclusive to INFJs – any type with extroverted feeling in the dominant or auxiliary position is likely to employ this technique. Once extroverted feeling has given tirelessly to someone for long enough, it is likely to make the snap decision to cut that person out for good if they are not appreciative of the Fe user’s investment.

Which raises the question – which techniques do Fi users (INFPs, ISFPs, ENFPs and ESFPs) employ that justifies their own hot-and-cold relationship behaviors? These types are more interested in forming an intimate emotional connection than they are in giving to their partners in a concrete way. But many an Fi user has also been known to cut someone out of their lives without warning. And there’s a reason for this.

One that can be explained through the 5 stages of the “Fi Repulsion Switch.”

Here’s the breakdown of how it happens.

Fi users are known for their tendency to idealize others. When an INFP, ENFP, ISFP or ESFP first meets and takes kindly to a new person, they are highly likely to put him or her on a pedestal – regarding only their best qualities and even inventing and embellishing on the person’s positive traits internally. These types are prone to experiencing intense periods of infatuation (platonic or romantic in nature) with new people, and for a while, the Fi-user is likely to perceive their new friend or love interest as almost perfect.

As the Fi-user gets to know the new person better, they are bound to become frustrated with them in small ways. Rather than reconciling these frustrations and learning to see both the good and the bad in their new interest, the Fi-user is likely to idealize even their flaws. They may chalk a love interest’s jealous tendencies up to them caring a lot about the relationship, or turn a blind eye to the person’s day-to-day habits that secretly drive them crazy.

During the justification phase, the Fi-user is subconsciously struggling to maintain their idealized version of the person they’re involved with, while consciously facing the reality of who they are. Naturally, a great deal of internal emotional tension begins to develop within the Fi-user during this phase. They may find themselves having to go to further and further lengths to maintain their perception of the other person as virtually flawless.

It could be an isolated case of bad breath. An embarrassing social interaction. Or a simple story being told for the umpteenth time. But once the Fi-user has been internally repressing frustration for long enough, even the simplest interaction can cause the repulsion switch to flip without warning. And once it does, all the frustrations that the Fi-user has been repressing come pouring through their mind at once.

Stage 4: Being repulsed by EVERYTHING

Once the repulsion switch is flipped, the Fi-user is suddenly frustrated, annoyed, even repulsed by virtually everything the opposing party does. They may suddenly cringe at the way the other person walks, talks, makes decisions and generally behaves. At this phase, it often feels as though the other person cannot even breath in a non-repulsive manner. The Fi-user can shift – seemingly in an instant – from finding everything the other person does to be wonderful, to finding everything they do to be almost unbearably annoying. They will likely find it difficult to even be in the opposing party’s presence during this phase.

Once the repulsion switch is flipped in the Fi-user, it can be difficult to reconcile the relationship. Many romantic relationships deteriorate at this phase, as the Fi-user suddenly finds that they are no longer attracted to their partner.

On the flip side, the Fi user may take some time away from the relationship to process their frustrations, then return to it with a more realistic view of their partner. The flipping of the repulsion switch may actually benefit the relationship in the long run, as it causes the Fi-user to stop idealizing their friend or partner, and face the reality of who they are.

Of course, the repulsion switch does not get flipped in every relationship an Fi-user has. It generally occurs when the Fi-user is trying to justify a shortcoming in the relationship, which would ultimately cause it to deteriorate whether the repulsion switch were flipped or not. In many ways, this switch is just waking the Fi-user up to reality – in a rude and unfortunately abrupt fashion. 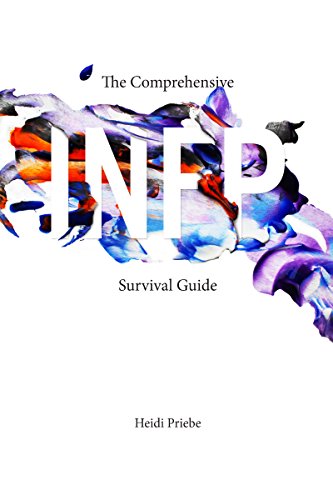 How Mistypes Have Warped The Descriptions Of Each iNtuitive MBTI Type

Read This If You Can’t Figure Out Your MBTI

If You’re Confused About Your Myers-Briggs Personality Type, Read This: An Intro To Cognitive Functions