I don’t believe in multiple Universes. I think that few of us truly do.

I don’t think that alternate Universes exist in a tangible, realistic fashion.

But I’m certain they exist in our minds.

Regardless of what we believe, we can agree that there are pivotal moments throughout the course of our existences; moments where the paths we’re on fracture in two, dividing our lives into clear cut ‘before’ and ‘after’ moments.

The moment we accept one job offer over another. The moment we decide to spend (or not spend) our lives our lives with a particular person. The moment we experience a tragic or traumatic event that alters our worldview irrevocably. There are moments when our futures unhinge from themselves as seamlessly as a train on a set of tracks, and swivel cleanly in a different direction.

We allow ourselves to head somewhere new. But we wonder where the other tracks would have taken us.

I grew up bursting with ideas about the future. Ten-year-old Heidi could fill novels with her answers to “What do you want to be when you grow up?”

I wanted to be an English teacher. A world traveler. A psychiatrist. A poet. A wife. I wanted two kids and a white picket fence. I wanted open roads and a lifetime on the run.

And some of the things, I became. I became a writer and a world traveler and an advocate for the systems I believed in. Of all the Universes I could have ended up in, the one I did isn’t by any means a bad one. In fact, I’d imagine it’s one of the best of all possible Universes.

But I wonder about the other ones. I think that most of us do.

Somewhere out there, there’s a world in which I took twelfth grade biology. In that world I kicked the caffeine and sleeping pill addictions early, got my attention span under wraps and endured twelve years of higher education to become a psychiatrist. I did meaningful work in that lifetime and, perhaps more importantly, I never stopped learning or growing. I’ve always thought that life should be an ongoing quest for understanding and in some other Universe, it was.

There’s a world in which I never came to understand independence as an ego defense and relaxed easily into serious relationships, mutual reciprocation, love. In that world I am capable of giving out the trust and support that I want from other people, and I do so without any pause. I think that I’m a lot more settled down in that lifetime. I think I’m married with a couple of kids.

There’s a world in which I am freer. One where I didn’t follow the expected path after high school and went jet-setting instead. In that world I have tanned skin and an easy laugh and I measure my identity by how many countries I’ve passed through; how many places I’ve left behind. I have a lot of cool tattoos in that lifetime but I also think I’m miserable. Not all of our alternate Universes grow us.

There are an infinite number of substitute worlds that I am capable of imagining for myself at absolutely any point in time.

But I don’t live in any of those worlds. None of us do.

So we just do our best to keep existing in the ones that we have.

We do our best to face down those ‘before’ and ‘after’ moments, accept them for exactly what they are, and keep going.

We collect our senseless mistakes in our hands and we clutch them to our chests, knowing they’re now ours and ours alone to carry. We don’t get to hand them over to some alternate version of ourselves, in some alternate Universe, and ask him or her to lighten our load. Alternate-you and alternate-me has his or her own burdens to bear; ones we know nothing about, and never will.

Because as much as we like to idealize these alternate versions of ourselves, none of us can ever be certain that they’re worth envying at all.

Maybe if we could see – actually, genuinely see – how each of our alternate lives would play out, we’d scramble to hold onto the ones that we have.

Because if there is one thing we still have in this life that we do not have in any of those other ones, it is a choice.

We still get to face down every decision that led our alternate-selves astray and pick the other option. We still get to stand in front of our futures and choose where to take them from here. We possess absolutely none of the constraints or limitations that are shackling our hypothetical other-selves and in this world, that gets to count for something.

Because for every achievement you made in an alternate Universe, you’d have to give up one that you made in this Universe. For every mistake you came across in this lifetime, there’s a mistake in another Universe that you dodged.

And for every time you feel the need to forgive yourself for one of the people that you never became, there are an equal number of reasons you ought to thank yourself for exactly who you did become.

For all that you know, maybe you ended up the absolute best possible version of yourself.

Maybe at every fork in the road that you faced, you ended up choosing the best of all possible roads.

Maybe this isn’t the life that you hoped for but it’s the most meaningful one you could possibly have ended up with.

And maybe the ideas we still harbor about who we wish we’d become in other lifetimes just serve to point us toward where we ought to go next in this one.

Because the future is nothing if not a series of alternate Universes that we still have the power to choose from.

And there are infinite versions of ourselves that we can still choose to become.

We made 100 ENFP flower shirts with the softest organic cotton. Limited supply, check it out here. 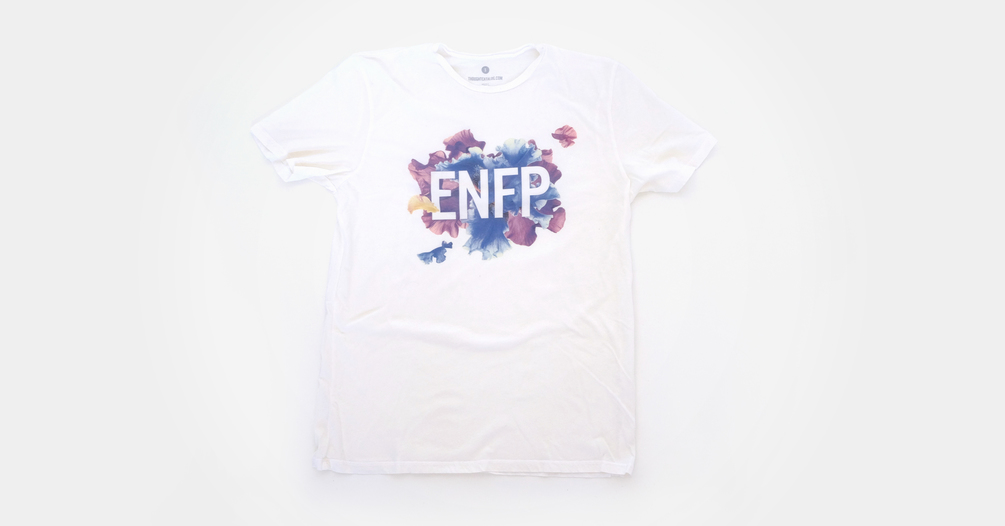 You Are Worthy Because You Exist

When You Fall In Love With Yourself, You Become Limitless

Darling, I Promise One Day It Will All Make Sense