INFJs And The Enneagram 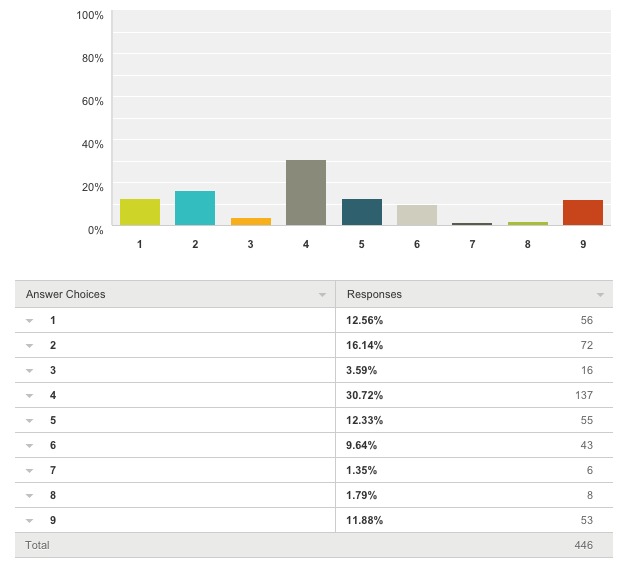 A significant proportion of INFJs identified 4 as their Enneagram type. Though the 4 type is most strongly correlated with the introverted feeling cognitive function, it is plausible that the combination of introverted intuition and extroverted feeling could mimic Fi in many ways, resulting in the type 4 INFJ. That being said, it must also be considered that an alarming number of IxFPs tend to mistake themselves for INFJs, which is likely reflected in (and skewing) the survey results.

Because the INFJ type is so rare, many individuals of this type grow up never having met another person like them. Consequently, they may come to base their very identity off the fact that they are unlike everyone else – a trait that is at the core of the individualist type. The type 4 INFJ is likely to distinguish him or herself intellectually – priding themselves on learning, reading about and understanding the world in a more intricate fashion than those around them. This type may have particular trouble exercising their extroverted feeling function, as their individualistic personality prevents them from divulging too much of themselves to others – fearing that if they do, they will be misunderstood by others and viewed in a way that is contrary to their true selves. They may be highly guarded in nature, wanting others only to see their best and most brilliant work, which they are certain reflects their true thoughts.

At their core, the type 4 INFJs believe that they are worthy only insofar as they are fascinating and unique. They are constantly moving away from feelings of worthlessness and toward feelings of individuality. They are most like their Fi-dominant friends the INFPs.

A significant proportion of INFJs identified 2 as their Enneagram type. As the 2 type is correlated with the INFJ’s auxiliary function extroverted feeling, this type pairing certainly fits.

Type 2 INFJs are extremely warm and nurturing, wanting the people around them to feel comfortable and supported at all costs. These INFJs are particularly likely to come across as far more extroverted than they truly are, as they tend to overextend themselves socially in an attempt to support all of their loved ones. These INFJs may give and require more validation than their type 9 counterparts, as their sense of self-worth is contingent upon the extent to which they are appreciated by others.

This type is constantly moving away from feelings of uselessness and toward feelings of love and connection. Their extroverted feeling function is likely to be particularly well-developed, and they most closely resemble their extroverted counterpart, the ENFJ.

Type 1 INFJs are highly analytical about the world and society they live in – constantly perceiving opportunities for improvement upon the way things are being run. They are likely to be particularly concerned with issues of human rights and are often fierce advocates for the causes they believe in. They are often tirelessly perfectionistic when it comes to their big picture ideals, as nothing ever functions quite as ideally as they can perceive it to. Nonetheless, the type 1 INFJ remains committed to the morals and causes they believe in at all costs. These types often report feeling connected to a higher power or a cause that is greater than themselves, which they must commit themselves and their lives to. In the INFJ’s case this could be either a spiritual power or simply a deeply felt connection to the experience of human suffering.

At their core, type 1 INFJs believe that they are worthy only insofar as they are morally upstanding and virtuous. They are constantly moving away from feelings of corruption and towards feelings of justice and virtuousness. Their heavy reliance on introverted intuition makes them most similar to the INTJ, though the more vocal type 1 INFJs may also be mistaken for extroverts.

A decent proportion of INFJs identified 5 as their Enneagram type. The 5 type is most strongly correlated with the INFJ’s tertiary function introverted thinking, but seems to also have a correlation with their dominant function, introverted intuition. In either case, it is unsurprising that many INFJs identify as such.

Type 5 INFJs are likely to be fairly serious in nature and slightly more reserved than their type 2 or type 1 counterparts. As they dwell primarily in their introverted intuition, they will likely hold back on acting in most situations until they have analyzed it as thoroughly as possible, from every available angle. They may consequently experience their extroverted feeling to be somewhat of a blind spot for them.

Type 5 INFJs believe, at their core, that they are worthy insofar as they are competent and capable. They are constantly moving away from feelings of helplessness and toward feelings of understanding. They are most similar in nature to their thinking cousin, the INTJ. 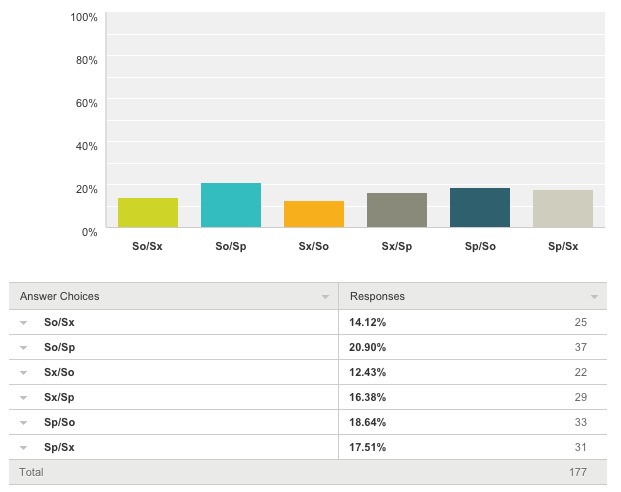