ISTJ – You are Harry Potter

Principled, single-minded and selflessly devoted to the pursuit of justice, Harry was a textbook ISTJ. Though he was not always a fan of the spotlight he’d been forced into, Harry took his role as a warrior against dark magic incredibly seriously. He was prepared to go to any lengths necessary to defend what he believed to be right – demonstrating classic ISTJ conduct.

INFP – You are Luna Lovegood

Romantic, speculative and perceptive of connections that evaded others, Luna Lovegood was a classic INFP. Though her head-in-the-clouds nature was certainly an exaggeration of the norm for this type, she was anything but shallow or unintelligent. Luna was sharp, fearless and loyal where it mattered – and throughout the Harry Potter series, it mattered a lot.

ENTP – You are Fred and George Weasley

Clever, opportunistic and mischievous to the core, Fred and George Weasley were clear-cut ENTPs. They saw opportunities absolutely everywhere and considered no idea too fanciful to bring to fruition. Their quick wit and personable natures kept them out of any trouble that they encountered – they were the ultimate Harry Potter bad boys and they pulled it off with the effortless charm that only ENTPs can truly manage.

ESTJ – You are Minerva McGonagall

Sharp, strict and fiercely protective of her loved ones, Professor McGonagall displayed all the best traits of a well-developed ESTJ. She didn’t mind looking like the bad guy when it came to discipline, so long as it served the greater good of protecting those under her watch. She made every decision based on logic and loyalty – the two main principles that governed her life.

INFJ – You are Albus Dumbledore

Wise, introspective and eerily adept at understanding the motivations of others, Dumbledore was the epitome of a well-developed INFJ. He was fiercely analytical when it came to determining right from wrong and he was frequently able to see things in a universal scheme rather than simply referring to what was immediately apparent. Dumbledore’s wise, protective nature represented the INFJ archetype in its most developed form.

ESFP – You are Ron Weasley

Adaptive, present-oriented and sometimes entirely indecisive, Ron offered a sweet portrayal of the loyal ESFP type. Though his bravery wasn’t always center stage, Ron was willing to put his own needs (and fears) aside to battle alongside his loved ones. He’d always rather be doing something than dwelling on something, which makes him the perfect companion and sidekick for the no-nonsense ISTJ Harry.

ISFP – You are Rubeus Hagrid

Sweet, protective half-giant Hagrid offered an unconventional look at the ISFP personality type. While he was certainly an introverted personality – living alone always suited him best – he became passionately involved with any neglected creature he came across and held the people (and animals) he loved close. Hagrid’s spacey yet devoted attitude was a breath of fresh air in the Harry Potter series – just as ISFPs so often are in real life.

ESFJ – You are Molly Weasley

Selfless, worrisome and – above all else – endlessly devoted to her family, Molly Weasley portrayed the tried and true ESFJ mother archetype. Every scene we saw Molly in showed her fussing over one of her children or loved ones – she wanted nothing more than to know that the people she cared about were happy, healthy and taken care of. She was an undeniable extroverted feeler.

ISTP – You are Cedric Diggory

Coordinated, rational and naturally perceptive of systems in his external environment, Cedric Diggory was an excellent example of the ISTP personality. His natural inclination towards cracking codes and surmounting physical obstacles made him a shoe-in for the Triwizard Tournament – until, of course, he died in it.

ENFJ – You are Lily Evans Potter

Though Lily Potter appeared only in flashback scenes throughout the series, her personality was undeniably reminiscent of the ENFJ type. Outspoken, empathetic and just, Lily was the quintessential ‘mentor’ personality. She exceeded her peers in maturity and stuck up unabashedly for the underdog. Lily was adept at seeing the good in people and was self-sacrificial to a fault – after all, her extroverted feeling was precisely what kept Harry alive.

ESTP – You are Ginny Weasley

Outgoing, athletic and action-oriented to a fault, Ginny offered an interesting perspective on the ESTP personality portrayed in a female character. Despite being the youngest of a large family of wizards, Ginny didn’t let anyone push her around. She knew what she wanted in life and never hesitated in going after it – she displayed the epitome of the ESTP attitude.

ENTJ – You are Draco Malfoy

Decisive, analytical and naturally socially dominant, Draco Malfoy offered a fantastic portrayal of the ENTJ personality. In his younger days, Draco drew on his extroverted thinking to follow in the path of his villainous father and establish himself as an alpha personality. In his later years, Draco showed a drastic development in both introverted intuition and introverted feeling, which caused him to re-evaluate the dark direction in which his life was headed. Draco’s character developed drastically throughout the Harry Potter series, offering a glimpse of the ENTJ personality at both its worst and – in flashes – its best.

ENFP – You are Nymphadora Tonks

Quick-tempered, passionate and fiercely devoted to whatever cause she took on, Nymphadora Tonks offered a spot-on portrayal of the ENFP personality. Though clumsy and unconventional by nature, Tonks got by on her metamorphic abilities – she could quickly change into whatever form she needed to take on to achieve her objective. Her unorthodox transformational abilities were an oddly perfect metaphor for the ever-changing, fiercely determined personality of the ENFP.

INTP – You are Remus Lupin

Guarded, analytical and tirelessly philosophical, Remus Lupin offered the best portrayal of an INTP that J.K. Rowling was willing to give us throughout the Harry Potter series. Lupin desired a logical solution for everything and despaired when logic failed him – his decision to marry Tonks, for example, was one that he deeply regretted after realizing his child may be born a werewolf. Though he was stood behind the Order of the Phoenix, Lupin wasn’t one to believe whatever he heard – he took all new information with a grain of salt, which is an undeniable INTP trait.

ISFJ – You are Dobby

Dutiful, nurturing and endlessly devoted to the people whose morals he believed in, Dobby was the undeniable embodiment of an ISFJ personality. Though it’s arguable that all house elves displayed ISFJ-like qualities, Dobby seemed to feel them on an absolute core level. Right to the end of his life, Dobby was focused on serving the people he loved. He was happiest when he was helping the people he loved – a classic ISFJ trait.

INTJ – You are Severus Snape

One of the most brilliantly developed characters in the series, Severus Snape portrays a fantastic example of the sharp, calculating INTJ. Though cold and distant by nature, Snape displayed his loyalties through a clever deception of the Dark Lord. He was able to manipulate one of the most powerful wizards of all-time – a feat that could only truly be managed by a type as intuitive and stealthy as the INTJ.

Get your copy of How You’ll Do Everything Based On Your Personality Type by Heidi Priebe here. 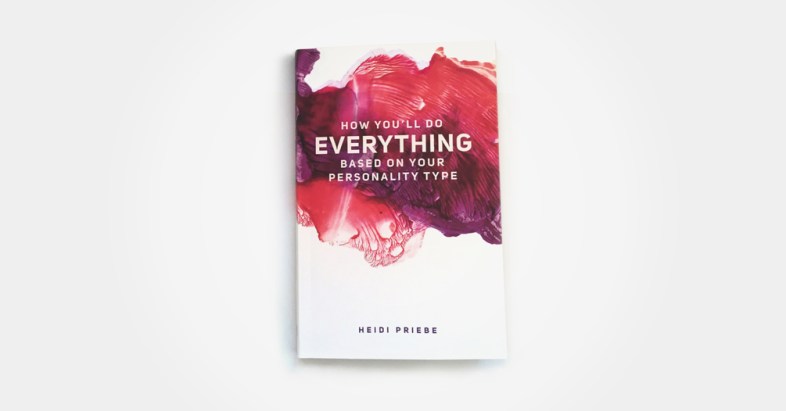 Here’s Why Accusing Harry Styles Of Queer-Baiting Is Dangerous

30 Things That Make Absolutely No Sense In ‘Harry Potter’