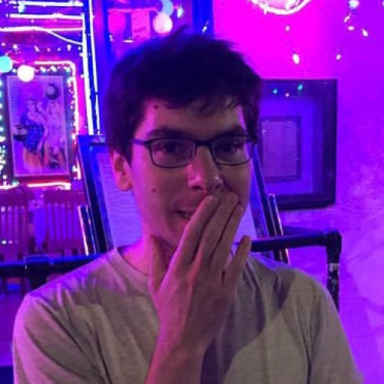 Three years ago, my mom lost the job she’d had for 35 years as a dental hygienist in my hometown. When she called to tell me she’d been let go, her voice was automatic, like the words were marching out of her mouth and she was trying to get out of the way.

Cuts, she said. Restructuring. Losses. Thirty seconds of corporatese to hide the rawest kind of fear and confusion — which, honestly, is hard to hear from your mom.

My parents have almost no savings. My dad has a heart condition that disappears his Social Security checks, and the rest of their cushion was burned by my B.A. in English. So when Mom lost her job, it mattered. My parents considered selling their house for a ground-floor condo behind a FedEx.

“Downsizing,” my dad had said, like the two of them were a business deciding to lay off my childhood bedroom and the yard where we used to make snow angels.

I was 25. Underemployed and living in New York. My safety net had lost her safety net.

“Are you good at writing cover letters?” Mom asked one night. She’d never written one.

When your mom loses her job, you realize all those years of turning you into you — waking up at 3 a.m. to clean your vomit, fielding existential crises, driving you home from high school ragers — aren’t things she can line-item on a resume. You start to see your mom as other people do: A 57-year-old who’s had the same job her entire life, jumping into the market of the two-thousand-teens: A market full of LinkedIn “influencers,” Twitter gurus, and people who’ve turned their interests into Interests™.

Mom asked me to write her first cover letter. I typed three double-spaced paragraphs about cleaning teeth. I was slightly hungover, though, so I accidentally included my phone number in the signature block. The next day I received a call from someone addressing me as “Mrs. Sockel.” We straightened it out eventually.

“Ugh, do you know how to make the margins smaller in Word?” Mom texted a week later.

The other thing that happens when your mom loses her job is she reveals the frustrated, careerless 20-something that’s been living inside her your entire life. It’s surprising until it’s not surprising at all, because she’s almost exactly like you.

Mom calls to complain about the tyranny of page breaks. Texts at 10 p.m. on a Wednesday with a 911 about proofing an email. Gossips about her 50-something friends with health insurance and 401Ks. Hate-clicks Facebook posts. Envy-Googles high school acquaintances. Sighs. Self-deprecates. Judges. Compares. Hustles.

“Should I put ‘Walking’ on my resume?”

Mom was editing the first resume of her life.

Mom does love taking walks. And baking oatmeal cookies with gooey centers. Watching Forensic Files in a paper-thin bathrobe. Growing “cukes” (cucumbers) in the community garden. Texting me five heart-eye emojis in a row. All stars in the constellation that is the Brand of Mom.

And now she was taking all that Mom and running, headshot-first, into the job-giving arms of the internet. Mom slicked herself out on Monster.com. Opened a Gmail account. FedExed the first resume of her life to recruiters and started to build a story around herself. A story about what she’d learned in those 35 years. Things like how to talk to people who are recovering from acute, expensive pain — a root canal, a cavity, a medical bill. Also, how to be loyal.

I received an invitation to join her professional network on LinkedIn when I was singing “Wonderwall” in the basement of a karaoke bar. I held Mom’s face in my hand as it glowed in a box on a responsively designed website. I realized, standing on a wooden stage under a miniature disco ball, that Mom had done more in five months than I’d done in five years of trying to Be Somebody. I gripped the mic.

You work your whole life until the floor cracks open in a single conversation. You fall, call your son, take a walk. It happens to everyone. We’re always turning ourselves into other people, usually before we think we’re ready.

We found ourselves in Kohl’s a few months later. I was home for the holidays, and Mom and I were standing in the women’s department, staring at shelves of bargain business casual. Ribbed sweaters, scarves, slacks. Mom wanted something new for the New Year.

“I got that job,” Mom said when her phone zooped.

We laughed between the racks of discount cardigans. I gave Mom a side-hug and we kept shopping for knitwear like nothing had happened. I was still running a dangerously high credit card balance, but at least my safety net was safe.

Mom started a week later — as a kind of front-of-house manager at a dental clinic. I still see her on my LinkedIn sidebar, smiling like a boss.