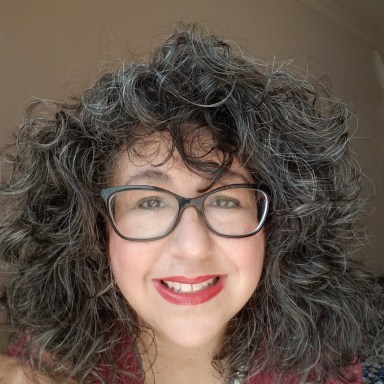 It’s a warm, sunny afternoon in Xiamen, Fujian Province, China. Spring Festival holiday (a.k.a. Chinese New Year) just started for me. I’m celebrating with my teaching colleagues in a bar near our school. Later on, a friend and I stuff ourselves at a buffet I’ve wanted to try. The chefs sing, dance, and play music. I sing along to “Country Roads.” The Philippine chef twirls me around as my friend captures it on video. We take some ice cream to go.

But it’s eerily quiet. My friend makes a short video, narrating what it’s like just outside the hotel we just left. Several hundred yards in front of us, buildings with animated lights show scenes of birds flying. My friend pans her smartphone. I end up in the frame, and I say, “Hi!” We laugh. We walk to the bus stop. There’s no traffic. I didn’t realize it then, but I am at the beginning of a weeks-long vacation. Well, it’s more like a “staycation.” If I leave my apartment, I have to wear a mask.

I’d faced several challenges when I moved to China a year ago. Things eventually straightened out—I found someone to watch my house in the states and mow the lawn, and I felt like I was hitting my stride six months into my teaching job. My first year was unbelievable in a lot of ways, and I was looking forward to a more stable second year. Instead, I faced a challenge I had never considered.

Coronavirus, specifically Covid-19, had sprung to life a couple provinces away from where I lived. It didn’t really surprise me. I was well aware of the laissez-faire attitude toward hygiene. I’d seen it in public, and at school. I’d seen food service workers come out of toilet stalls and not use soap while washing their hands. Children sneezing and not covering their mouths. Or, if they did, there was no thought of washing their hands. Sneezing seemed slightly better than children urinating in public. I saw that on a YouTube video, and in person.

It’s nearly late February, and hand-washing with soap for at least 20 seconds is being touted as one way to avoid coronavirus. That, and wearing masks. Everyone looks like they just came out of surgery. Smokers pull their N95s down to indulge their addiction. I’m hearing less spitting going, on, which is good.

Or maybe they’re spitting anyway, and I’m just not hearing it. I try to stay at home. Since I’m going to be staying at my friend’s apartment while she returns to the United States, I’m now an official resident of the complex. Just a week before, they weren’t allowing visitors, but since I moved in, I can come and go as I please. My friend is freaked about all this. Last April, she contracted pneumonia. She was in the hospital for two weeks. During this current crisis, she doesn’t leave the complex unless she has to. We went to an ATM one evening, and it was the first time she’d been out since the night of the buffet, nearly two weeks prior. She spends her days riding her bike (on a rack in her apartment), packing for her trip to the U.S., and sterilizing her home, in addition to studying Chinese and watching Korean dramas.

I’m not as driven. I take my temperature daily, evaluate my health, report if I’ve left the house and if I wore a mask to a school official. I also email it to my principal. After that, I browse the internet. If the VPN works, I’ll watch YouTube. I might go back to sleep, because why not? I’ll work on editing my second novel, which I finished during NaNoWriMo. I might play around with my new video editing software, or experiment with the music software that came with it.

Some malls are closed. If they aren’t, most of the businesses are, and only a handful are open. Some only allow entry to stores like Carrefour, a European retailer, and Walmart. KTV, the karaoke bar, is closed. Movie theaters are closed. I really wanted to see the Banksy exhibit in Hong Kong. If I go, I’m afraid I won’t be able to reenter mainland China.

You can’t enter businesses without having your temperature taken. To me, the digital thermometers look like tiny guns. It looks like we’re being executed.

One terrifying aspect of coronavirus is that some people don’t have symptoms. And it can take two weeks for illness to show up, making quarantines mandatory for travelers returning from other countries. They survived by getting take out, groceries, and medicine delivered to their apartment doors. But not anymore. Now, people pick up goodies from tables outside the apartment gates.

We’re paranoid. Are we mildly sick, or deathly ill? I had a month-long respiratory infection last fall, combined with laryngitis. It took two boxes of antibiotics to get rid of it. I’m lucky it wasn’t worse. Coronavirus symptoms aren’t much different from the common cold or flu, which makes every sneeze or cough suspect. As well as terrifying to hear.

I also look for irony. I found it near Zhongshan Road, a pedestrian-only street with hundreds of stores, and side streets teeming with food stalls and shops. I found a poster on how to combat the virus on a wall near a tea shop. Underneath the poster was a display advertising some tea, with the words, “Let Nature Take Its Course.” It reminded me of what a friend back in the states had texted me a couple weeks before:

“Nature is going to get us, one way or another, it seems.”

Gloria Diaz has written professionally for more than 20 years.

Unemployed During A Pandemic, My Mental State Has Never Been Better

Me, You, And The Coronavirus

The Strength In Sharing Our Pain In Times Of Crisis

5 Expert Tips For Dating During The Coronavirus

The Life Of A Parent During Coronavirus — Finding Strength