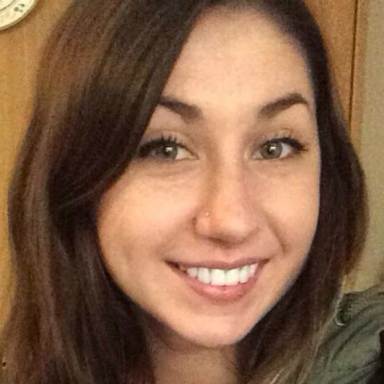 We’ve been through this a million times over, and promised that there won’t be a next time, that you’ll find the strength to walk away from any poisonous relationships, but, here we are again; you are falling for the wrong guy. I know you don’t want to believe it. I know it’s hard. You want to believe that he’s different from the others. But he’s not. He’s the wrong guy, and he’s going to break your heart if you let him. You need to love yourself and walk away before he does, or you’ll end up feeling empty. Again.

I’ve just had my heart stomped on, I saw it coming, and I did nothing about it. I hate this empty, broken feeling, and I hate knowing that I should have walked away. I just couldn’t find the strength to do it. But I believe that someday, I will. I want to do everything in my power to prevent you from feeling this way again, so hear me out.

I know why you fell for him in the first place. He appeared to be everything you wanted and more. He didn’t seem like a player or “fuckboy” to begin with. But they never do, and that’s why you fall into this trap over and over again. The romance was there. He took you on really thoughtful dates. He held your hand. He said things both via text and in person that left you with a stupid smile on your face. He wanted to know you. He seemed so genuine. He asked the right questions, valued your intelligence, complimented your personality, and made you feel beautiful. You didn’t know that someone could make you feel like that. But all of that changed. He built you up just to knock you down. When the bad times begin to outnumber the good, it’s time you reevaluate your relationship.

When deciding if you’re going to keep up with this relationship, I want to tell you that if you even have to question it, there’s probably something majorly wrong. Must I remind you what it’s like to be heartbroken? Have you forgotten the dark feeling that consumes you when you are being played?

You feel an immense anxiety. You’re uncertain if he’s ignoring you because he’s busy, or maybe he just doesn’t care. You don’t want to ask over and over again because that will reflect poorly on you, so you force yourself to suppress this anxiety and fake a smile, even though it’s tearing you apart on the inside. You question if he’s met someone else. The feeling of insecurity that he has created in you is eating you alive. Technically, you’re not dating, so he technically could see other people, but he wouldn’t, right? Wrong. He would. And the “we’re not technically dating” excuse is bullshit. You’re seeing each other and have been for an extended period of time. You’ve told each other the way you feel about each other, and that you’re falling. Regardless of whether or not you’re in an official relationship, seeing other people is not okay.

Don’t justify his bad behavior with technicalities like that.

You must stop making excuses for him. Yes, you’ve had your bad days, too, and have occasionally taken it out on him. It’s natural to project your anger and frustrations on people you’re close to. But this cannot become a habit and sure as hell can’t become a normal part of your relationship. He may have issues that he’s dealing with, whether it’s stress from work, a death in the family, a fight with a friend, or even something like depression, but none of those things are excuses to treat you like shit. The right guy will look at you as a means of support, not as an emotional punching bag.

You make these excuses for him because you cling too tightly to the person you originally fell for; the charming, sweet, loving guy that swept you off your feet. Now, it’s time to come back down to Earth and realize that this man does not exist anymore. Yes, there were so many good memories. He did the sweetest things for you and made you feel special. You told him how you truly feel about him, and now he’s using that against you. As soon as he realized he had you, he abandoned that loving persona and became lazy. He knows you care deeply for him and that it’ll take a lot for you to leave him.

There is nothing wrong with being honest about your feelings. Your honesty and genuine heart are some of the things that make you so special.

But you can’t allow these qualities to cloud your judgment. Don’t allow yourself to be taken advantage of. Don’t cling solely to the good memories that you shared. Don’t reread the old texts that made you blush. Remember the way he is making you feel now, and ask yourself if this is how you want to feel forever. Have you forgotten that you don’t need a guy to make you happy, and that you’re okay being alone? I know you’d rather be alone than be with someone who makes you feel so empty, anxious, and pathetic. The guy you fell for is gone. This is him now.

It’s okay to make mistakes in love, that’s how we learn after all, but you need to trust your instincts and trust my advice. You continuously stick your hand in the same fire and wonder why you keep getting burned. Looking back at your past failed relationships, you can see warning signs that you simply ignored because you hoped things would be different. Ignoring these signs has led to a massive amount of heartache and disappointment for you. I don’t ask you to abandon your optimism, but you do need to use your logic, especially when it means protecting your heart.

I’m going to remind you of your value. You are freaking awesome. You are smart, passionate, kind, ambitious, and beautiful. So many people in your life love and admire you. The things that this wrong guy told you to sweep you off your feet were true—he wasn’t making them up. He wasn’t lying to you about how special you are. He wasn’t just telling you what you wanted to hear. But he did lose sight of how amazing you are, and how lucky he is to be with you, and he’ll kick himself for that someday. Don’t allow his behavior and lack of appreciation for you to damage your self-esteem, and don’t blame yourself for his stupidity. You deserve much better than someone who constantly leaves you hanging, is unwilling to commit, takes advantage of you, makes you question your worth, and abandons efforts to make you happy. You need to stop settling for less and hold out until you find someone who truly appreciates you, values you, and knows a good thing when he has it.

You are strong enough to walk away from this toxic relationship before it’s too late. You must love yourself and respect yourself enough to know that you deserve nothing but the best. Don’t question if he could be “the one”. If it turns out that I’m wrong, and he is the right guy, he will make it work. He will realize he has been behaving badly, and find a way to make amends and he change his ways to be with you. He will make it right, and if he doesn’t, then he’s not the guy for you. Simple as that.

Now, go be the smart girl that I know you are, and leave him. It’ll feel so much better to end things on your own terms for once. Do the things that make you happy, be young, and don’t worry about finding love. It’ll come when you least expect it.

Erin is my name, advice is my game.