Are there any gentlemen out there who need their daily insight into the minds of women? Let me tell you something: Your actions in between dates matter just as much as the date itself. There are two things my female readers on The Babe Report complain about the most when it comes to dating. One is, of course, not being taken out on a real date. The other (even more common) complaint is that the guy they’re seeing doesn’t text them often enough. If you think going a week without texting is cool beans, think again.

The best of both worlds would be meeting a man who takes us on real dates and consistently checks in with us in between those dates. It helps us have faith that you’re able to focus on us and not get distracted by other options. This doesn’t mean that we’ll say see-ya-never to a guy who doesn’t do this, it just means that if a guy who does both comes along, he’ll probably win our interest and kick whoever dropped the ball back to the bench.

Because, you see, by not checking in with her via text, phone calls or WhatsApp messages in between dates, you are dropping the ball. You could lose her interest. She could lose her attraction to you. The momentum could be lost. Even if you’re keeping it casual, do you really think she’ll stay interested in hooking up if you disappear for a week sans communication and suddenly reappear? We know that any guy who’s into us won’t be putting the breaks on, so if we get that start-stop vibe from you, we’ll just go and find someone else to hook up with who’s a little more appreciative of what they have (both in the bedroom and at dinner). If you connect with someone (in bed, on dates, via conversation – you know what I mean) then don’t take it for granted, fool. (Sorry, I’ve always wanted to say that.)

It reminds me of the time I went on a working vacation for six months and left my car parked on the street. When I got home, of course I hoped my car would still start (and drive OK) but I knew that if it didn’t start, it would be my own damn fault. In the dating world, the battery might die you leave things for six days – forget about months. And if you don’t really care, then why the hell are you dating her? You care. And if your intermittent lulls of no contact in between dates are a form of self-sabotage, check yourself before you ruin a good thing. I don’t think you want her interest in you to fizzle or completely die out. An article shouldn’t have to be written about this, but since lack of communication between dates has killed so many men’s chances, it seems an explanation was due. Here are 5 dating scenarios with tips on what you should be doing in-between dates to keep her interested:

1. When the date was fun, but you don’t want things to move too fast or get serious

Even if you don’t want things to move too fast or get serious, it’s still important to keep the momentum going in between dates. Lots of guys will purposely not text (for days or weeks) in an effort to keep things casual, or to keep things moving at a slower pace. That’s illogical and you’ll end up pissing her off to the point that you won’t have to worry about keeping things casual – you’ll have to worry about keeping her in your life at all.

You see, women like to hook up – but not with guys who are keeping us guessing with their obscure communication efforts. We like to hook up with guys who are into us, who think about us often enough to send a text every few days. When a guy doesn’t contact us for significant lulls, we’ll assume he’s not that into it, and that’s not a turn on for us. Casual or serious – that rule still remains the same.

Texting all day everyday is how things move too fast. However, sending a text to check in with her once every few days sends the right message. It says, “I’m interested, I’m attracted, but I’m not looking to be your insta-boyfriend.” You can be a little flirty, send a few messages back and forth, and then say you have to go. The most important thing to note is that texting a couple times per week isn’t going to progress things too quickly, it’ll just make sure things at least progress a little bit instead of letting her go cold on you. It doesn’t matter how slow you’re taking things, because no matter what she’ll still want attention from you.

2. When you leave the date feeling confident that she’s into you

It’s great that you feel confident that she’s into you, but doesn’t she deserve that same validation? If you feel so sure she’s interested, that means she’s been doing everything right. She’s been texting you, showing interest in between dates, and showing interest (and being affectionate) during dates, too.

Just because she’s made her interest clear, doesn’t meant you should get to sit back and relax knowing you’ve got her. Nope. Effort is still required. You should be initiating contact in between dates and showing your interest as well. If she notices that she’s been doing a lot of the initiating when it comes to texting or calling, she’ll probably pass the ball to you, sit back and wait to see if you’re actually in this thing. It’s been ingrained in our heads that women shouldn’t pursue men, so please start doing the pursuing. (I’ve had a few exes tell me that the reason it didn’t work out was because I started pursuing them, and I was no longer a challenge. I have my reasons for believing that women shouldn’t pursue men, but if you disagree, feel free to leave a message for me in the comments.)

Anyways, it’s probably about time you picked up the phone and checked in with her. Better yet, pick up the phone and set up your next date so that she knows you want to see her again. Communication in between dates isn’t that hard, guys. You got your foot in the door, now it’s time to to make sure the door doesn’t get slammed on your foot and close for good.

3. When you already have another date with her lined up

F*cking rights. Good for you, man. If a guy I’m currently on a date with takes the initiative to set up our next date while currently on a date with me I get pretty turned on. That type of gentlemanly maturity is f*cking hot. The scenario would be this: He drops me off and before I get out of his car (or the cab) he’s telling me his upcoming schedule and asking me which night would work to see me again. I’m RSVPing yes, boy, because you just got me hook line and sinker.

4. When this is going to be the last date before you go away on some big work trip

If you know that you won’t be going on another date with her anytime soon due to work, a vacation, a work trip, a family reason or otherwise – be sure to let her know. Keep her in the loop, because even if she’s not your official girlfriend, it’s still the polite thing to do.

The question is, do you have to text her while you’re away? She’s probably not expecting you to, but you’d impress her if you did. Remember that you probably will want to see her when you’re back in town, so it might be worth your while to make sure she doesn’t forget about you. Send one or two texts per week while you’re away and that’s enough to keep you on her radar. Texting her first is a must. When she thinks you’re away, unavailable or busy, she’s not going to want to bother you. She’d prefer to let you reach out when you can.

5. When the date went well, but you aren’t sure how interested you are quite yet

Hey, I personally do get where you’re coming from. It’s totally cool if you’re not sure how into me you are quite yet. I already know I’ll charm my way in eventually – and there’s no rush. When you’ve been on a few dates with someone and you leave things on a positive note (yet still unsure of how you feel about her) it’s still important to keep the momentum going in between dates by keeping in contact.

I get that in this type of scenario, you might not want to commit to another date just yet, but by sending a text or a WhatsApp voice note every few days just to check in, you’re at least not going to lose her interest. I’m not suggesting you keep her on the hook – that’s not what you’re doing. If there’s any interest, it’s worth exploring and it’s not worth losing. You’re not guilty of keeping her on the hook unless you’ve been on enough dates with her to know there’s no viable interest and you’re just stringing her along for the sex.

How many dates should you give it before you make a decision on where you stand? It takes months to get to know someone, so I’d say months. But if you do decide it’s a no-go … please just tell her. Ghosting is so 2016. 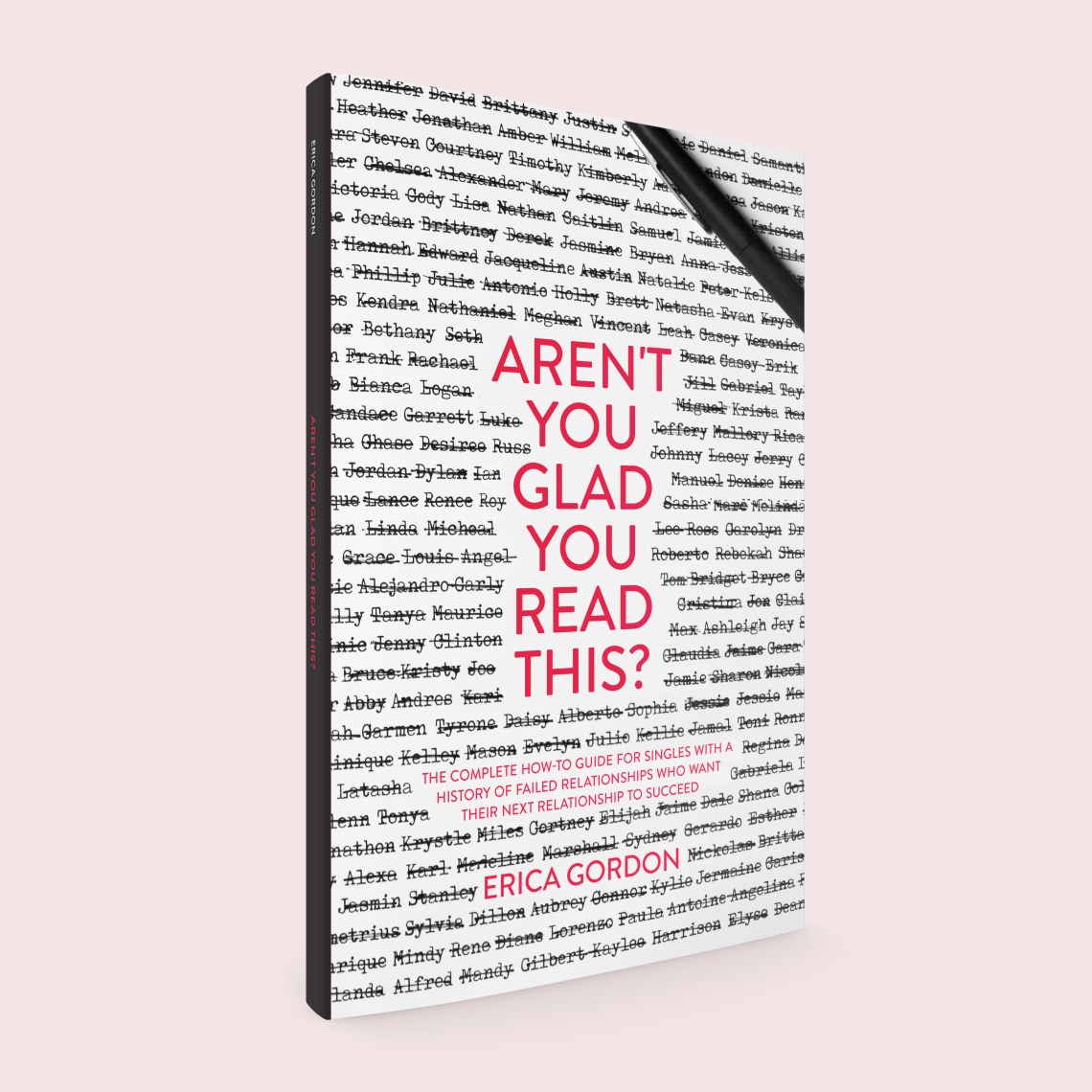