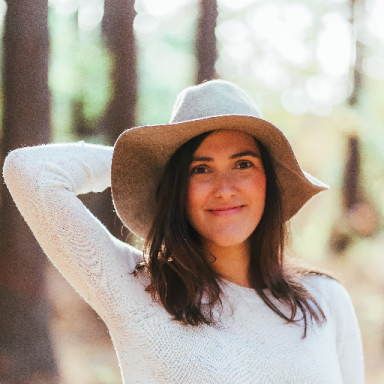 According to Jim Rohn, you’re the sum of the five people closest to you. Therefore, it would make the most sense to become conscious of what type of people you spend your precious time and energy with.

When you’re on a personal growth path and you start to become conscious of the different areas of your life you’d like to improve, like your mindset and your lifestyle choices, your friendships and close relationships come into play.

If you’re on a path of awakening and growth and the people around you aren’t on the same path, it can impact your relationship. Even if you’re not focused on improving, you’re allowed to change. In fact, you’re meant to change.

The tricky thing is, we’re not taught how to end friendships.

Romantic relationships, yes. But friendships? We’re only aware of the best friends forever narrative. What happens when it ends, and not by a falling out? I can tell you it’s just as bad as a breakup — actually, maybe worse.

There’s a quote from a poem with an unknown author that says in life you have three types of friends: for a reason, a season, or a lifetime. The smallest percentage you’ll experience is the “lifetime” type of friend. I’ve had friends I’ve had to say goodbye to who I’ve been friends with for over 20 years, and thought they would be lifetime friends.

What happens when you change? When you change, it can sometimes cause those around you to realize how much they haven’t changed, and that can be scary.

When you’re around them, you might feel pulled into being who you were in order to maintain the same relationship dynamic you’ve had up until this point.

When you change all of a sudden, people you’ve known your whole life have to get to know the new you. It can be a jarring change that can catch everyone, even yourself, by surprise.

Know that this is normal. Change can be scary, so there are no hard feelings for people wanting you to stay the same for their benefit.

Recognize when this phenomenon is happening, though, and make the decision that’s right for you, not them.

I’m not saying this is easy. Letting go of a friend might be one of the hardest experiences you ever navigate, as it was for me.

You may feel like a monster for calling it quits.

Saying goodbye to friends that have been by your side through all the milestones and the tough times is, in one word, heartbreaking.

We’re not taught how to let go of friendships once we’ve outgrown them, and just like break ups, there’s a grieving period.

But just like grief and death, I believe the spirit of the friendship stays with you forever. The love and the lessons remain. You keep a piece of your time together that’s impacted you, making you the person you are today.

A lesson to take away is what it’s like to have rewarding friendships and how to be a great friend. And then there’s the reason and season friends — I’ve met close friends in college, in high school, in different jobs, even in elementary school.

I’ve changed a lot in the last five years, and if you’ve had your own awakening, you know it can be a rollercoaster of peeling back the layers and uncovering who you really are, sometimes finding someone drastically different from who you’ve been.

I was hanging onto some friendships because I loved them so much and was grateful for their presence in my life. I didn’t know what life would look like without them.

That doesn’t mean we were still meant to be friends. Just like in a romantic relationship that isn’t working, you don’t keep staying in one just because you’ve already invested so much time in it.

When your energy changes, you don’t align with the people that once were an energetic match for you. You’ve changed your vibration, and because of that, you start resonating with people at this new vibration.

It’s normal, and it doesn’t make you a monster. It just means you’ve grown, which is ultimately what we came here to do.

My mindset, then habits, and lifestyle, as a result, changed rapidly when I started awakening. It caused a rift with my old life and the relationships I had built from that awareness.

I had a lot of doubt about letting go of these friendships.

“How could I do this, and was I doing the right thing?”

As a loyal friend, I was conflicted.

I spent a long time contemplating it, and I suggest doing the same for any relationship you’re evaluating in your life. Ask yourself: Is this person contributing to your growth or taking from it? Just because you’ve changed doesn’t always mean you need to reevaluate your friends, by the way. Only when it feels out of alignment.

Some relationships naturally fade away, and others warrant an honest conversation. In most of the friendships I’ve had to let go, we were naturally drifting apart and going down our own paths. You don’t need to stay in a friendship out of force of habit or because you feel obligated to.

I still love these friends with all my heart from afar for their pivotal role in my life and for being part of the development of me as a person. Their generosity, spirit, and trust throughout our time together have made my life meaningful.

That never goes away.

When you let go of friendships that don’t resonate like they used to, you make room for new aligned friendships.

You have to make room for the new by letting go of the old. Now I’m in the stages of calling in new friends, and many have shown up this year. It took some time, though — a few years at least — to start my finding new friends.

This is the in-between period where you don’t have the friends you did before or new ones. This is normal. This time allows you to become your own friend first before letting in your new friends.

I tried to skip this stage and jump right into new relationships in order to fill the void left behind. That caused me to choose people that weren’t worthy of my trust or people that I truly didn’t resonate with, but I forced myself to in order to just have someone to call a friend.

It’s a good practice to put yourself out there by going to different events and groups, but take your time before going all in and striking up a friendship. It’s like interviewing. You have to get to know someone first and build trust before giving them the role of being your friend!

Especially when you’re raw from awakening, you’re more susceptible to falling into unhealthy friendships and associations.

Because it will feel validating to know people that support you on your journey and vice versa, but you’ll also expand your perspective and become a compassionate person if you can hold other viewpoints without judging.

Know that it’s okay to stand on your own for a while. You’ll appreciate your own company a lot more and will feel more confident in doing things alone, like traveling or eating out, and making your own decisions without depending on friends to do it.

Just like with dating, being your own friend draws true friends to you.

When you’ve reflected and decided it’s time to let go of a friendship, let your friend know how much their friendship has impacted you, and why you’re headed in a different direction from the relationship.

While it won’t be easy, they will appreciate your honesty and respect you’re extending them by confronting them directly.

Take the time and space to mourn the ending of pivotal relationships, just like you’d grieve a death or a break-up. Let go of them gracefully.

Normalize letting go of people and places that no longer resonate with you and cherish the moments they were in your life. Remember those amazing memories and the people that influenced you.

A friendship doesn’t need to last forever in order to impact you forever.

Something random about me is I've lived in 5 countries