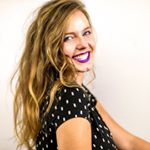 You are still excruciatingly in love when you agree that you need to break up. You openly sob at pizza parties and feel a constant desire to vomit on the entire universe. You find an escape route through a one-way ticket to Europe.

You are convinced that, if time is an illusion and there infinite parallel contingencies happening simultaneously, there is still no possible dimension in which you will ever get over this.

Here’s how you’ll do it:

First, you will ball out and then freak out. (On repeat.)

You’ll feel like a total baller until realize that any love affair with an Irish cop in Belfast, a hulking Bavarian irrigation specialist on the Italian Riviera, or an Andalusian financier at a gutter punk festival in Galicia is only a wet band-aid of validation on a still-oozing sore.

The good part is that it will be fun. It’ll remind you that you are far from dead and that the upside of overpopulation is that there are more romantic prospects. The bad part is that you won’t be able to ignore that these people are not your person, and you’ll resent them for not being the son of a facial reconstructive surgeon and an astrologist, for being too fucking sculpted, and for the way they pronounce “neoliberalism.”

More than once, you’ll drink too much Guinness and spend the entire next day vomiting, crying, and watching Mama Mia all at the same damn time.

Unfortunately, this is the only way forward. Sometimes you’ll see the humor even as you’re dry heaving in time to Dancing Queen. Sometimes you won’t. You will still love Mama Mia, but it will always make you a little nauseous.

Then you will become a destructive demon. (And it will be kind of fun.)

There may come a time when you’re at an on-brand cool-because-it’s-not-cool loft party in Berlin, and a cheeky Turkish man will start flirting with you in the bathroom line. You’ll probably enjoy him until he says something a little too cheeky, and you’ll find, to your surprise, that your leg sprouts a mind of its own and directs all its force towards the nearest historical doorframe.

In the moment, this impulsive kick, which will knock the door frame off the wall, will feel like the most obvious and satisfying solution to all of your psychic and emotional pain. But the next moment you’ll realize what you’ve done and flee.

Upon noticing your absence and hearing rumors that a “large angry man” kicked in the historical doorframe, your friend Sven will put two and two together and find you crying on the curb outside. You will flee again to nowhere in particular, and Sven will have to chase you down the street.

Once he has caught you, he will pet your head like you’re a feral cat. You will be too embarrassed to face the host, and Sven will have to deliver your apology euros.

You will find yourself, occasionally, filled with such indignation at your loneliness that you will feel like a large angry German man. So when, outside of a tapas restaurant in Madrid, a mean Englishman with a Napoleon complex who you weren’t even talking to calls you a crazy bitch for no other reason than that he is more profoundly sad inside than you are, you will not brush him off as you normally would. Instead, you will feel the fires of Mordor rise inside you. You will look him dead in the eye and tell him to go fuck himself. You will mean it more than you’ve ever meant anything and he will feel it.

Let this happen. Let yourself make that seething off-color declaration about the queen.

Eventually, you will be forced to confront how sad you are. (And it will suck.)

Yes, you can prance, laugh, eat, drink, wreak havoc, and adventure through Europe all you want.

But just when you think you’re off scott-free — just when you’re illegally sleeping in a bush on a peacock sanctuary in Greece, when you’re stomping your feet along to So Long Marianne in a pub in Galway, or when you’re skinny dipping under a globular golden moon in Friedrichshafen — there will be a crumpled pizza receipt in your pocket, or something about a Greek goat’s bleat in the pitch black distance, the way the fiddler holds his bow, or how your skinny dipping compatriot pronounces “neoliberalism” that will cause your ugly sadness to rear its head and grip your gut.

If you do not look it in the eye when this happens, it will not let go.

Next, you’ll become very, very annoying company. (Even to yourself.)

You will spend hours a day reading the Google results of “how to get over a breakup,” and the vortex of vague and G-rated advice from Internet strangers will infuriate you because you don’t care about their sob stories, you just want to know how.

One appropriately dramatic Jameson-sloshed-caught-in-a-rainstorm London night, your friend Derek (and he must be named Derek) will make a joke about Australian ravers that reminds you of something your ex once said, and you will liquify into a puddle on the pavement. You will be shocked when Derek shouts at you to GET A FUCKING GRIP!!!!!

He will be right. Derek is always right.

You will look up at him from the sidewalk in wide-eyed horror, and he will shout it three more times with equal parts venom and love. It will be exactly what you need to hear in order to start getting a fucking grip.

In due time you will start building something new. (And it will not be sexy.)

You will need to create experiences that belong only to you and have nothing to do with your ex or any other fill-in-the-man-shaped blank. You will need to construct and traverse a mental landscape that is rich and diverse and comforting and all yours. You will need to confront the rawness of your mind, along with your latent fear of Catholics, in a month spent walking through Northern Spain, alongside French retirees, on the medieval Camino de Santiago.

You will not feel like talking to anyone, and you will come off as very unfriendly to a harem of very friendly pilgrims who are just trying to offer you a goddamn apple.

You will give yourself over to the ritual of waking up at five a.m. every morning to creepy angel music in Catholic guesthouses, trudging, brooding, and trying to outpace an overly chatty bald Czech man for seven hours on the trail, and eating cheese in a bunk bed while reading Angela’s Ashes on your Kindle (three times) before passing out at eight p.m. every night. It will be miserable and glorious and sweaty and it will piss you off and warm your raggedy heart that so many dissonant things can be true at once.

When lost or drunk or scared or exuberantly happy or all four, you will be tempted to reach out to your ex. Just to tell him you lost those cargo pants that he thinks make you look like Aaron Carter! Just to ask him how the fuck to effectively explain the Floridian retirement trend in Spanish! But you won’t. And your resolve not to dishonor the space and time you’ve carved out for yourself will surprise and impress you. You will start to feel like a different kind of baller.

You will then discover that you’ll need to give it a lot more time than you thought. (And you will be impatient, often unkind to yourself about it.)

You will realize just how much time you need when, after the agreed upon three months of radio silence, you do talk to your ex and it feels like the fictitious angry Berliner is mercilessly ripping a thick-ass scab off of your forehead.

Two months of silence later, it will feel like that time your belly button ring got caught on that heavy beach towel.

The next time it will feel like a gentle prod, and the next it will feel like the scab is now being ripped off your whole face, and you will soon see what the Internet strangers meant when they said that this emotional healing shit is not linear.

Little by little you will start a collection of “growth trophies.” (And it will be essential to write them down.)

If and when you encounter a “shaman” named Keith from Rochester who is clearly full of shit, you will indulge and engage him in his conjectures about your character and your life.

You will not notice until hours later that you didn’t even ask him for his paternalistic guidance about your raggedy, little, broken heart. It didn’t even occur to you. Not even out of curiosity. You will light up and you will call Derek to tell him you met a “shaman” named Keith and didn’t even ask him how to get a fucking grip!!

You will see how important it is to celebrate and honor these small triumphs, and when — after a year of magnificent tender wanderings — you finally return to the US, you will hold these little trophies in your raggedy heart at every calculated visit with your ex wherein at least one of you will probably tear up, and both of you will definitely pretend not to notice.

Maybe it will be too much to be friends ever again.

Maybe seeing each other will never stop feeling like the angry Berliner is punching you in the stomach until you vomit up all of the Guinness and cheese and patatas bravas onto the entire universe.

But maybe, eventually, you’ll be able to hear more than three chords of Plush by Stone Temple Pilots without liquefying into a puddle.

Maybe, years later, you will reach a point where you can sit together on a bench swing smoking a spliff, excitedly chatting about the cosmos, and neither one of you will feel like crying. You’ll just be happy to see each other.

Cora Boyd is a writer & dating coach for men

Don’t Let Heartbreak Convince You To Hide Away