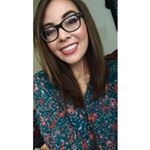 The beginning of a new year is always filled with excitement and that means that fresh reading choices should be just as riveting. True crime books provide readers the thrill of living vicariously through cases and mysteries without having to endure anything dangerous in reality. With both old and newer books here, there is something for everyone to indulge in and this list will leave people begging for more.

Not many people realize that Vladimir Nabokov’s beloved novel could have been directly influenced by the kidnapping of 11-year-old Sally Horner in 1948. Sarah Weinman’s The Real Lolita explains how Sally was abducted, held in captivity, and taken around the country with a stranger that was posing as her father. Weinman manages to throw in literary theory into the mix by explaining Nabokov’s scandalization of the case through his process of creating obsession, lust, and turning Lolita into a temptress in his book.

For over 70 years, the mystery of Elizabeth Short’s murder has been an obsession for true crime fans everywhere and Piu Eatwell’s Black Dahlia, Red Rose provides a new look into the case. Eatwell manages to make her book stand out amongst the hundreds of others by focusing on the investigation and facts instead of the gruesome details. Using old interviews and information from FBI and LAPD files, Eatwell creates a compelling case for Short by giving her the recognition and humanization that was taken away from her by the media, LAPD, and many others involved.

3. The Devil in the White City

If there was a way to effortlessly blend two books into one, Erik Larson found that perfect concoction with The Devil in the White City. Larson’s novel follows an architect, Daniel Hudson Burnham, as he leads the construction for the Chicago World’s Fair of 1893 and the prolific killer, H. H. Holmes, as he uses the fair as a breeding ground to lure in victims. His use of history and entertainment-worthy details provides a gripping look into how Holmes was able to mingle amongst the “normal” and satisfy his monstrous cravings while the World’s Fair was serving as a utopia for people looking to get away from the real world for a little while.

4. The Stranger Beside Me

Sometimes, the best way to understand someone is through their acquaintances. Ann Rule’s The Stranger Beside Me gives a biographical account of serial killer Ted Bundy through her own personal relationship with him before and after his arrest. Through her memories of working with him, she describes how she first couldn’t believe that this man she would be able to trust with her children was capable of such atrocities. Rule’s denial finally comes to a halt when she sees him trying to defend himself during his trials and it’s only then that she can fully accept that her coworker was a man that held many dark secrets.

5. Five Families: The Rise, Decline, and Resurgence of America’s Most Powerful Mafia Empires

The American imagination has always held a soft spot for the five mafia families and the underground empire they have ruled. Selwyn Raab’s Five Families appears prominent when compared to other books by shining a modern light on the Mafia. Raab first takes readers down memory lane to remind them of the Mafia’s brutality and glamour of the past with important figures such as Charles “Lucky” Luciano and John Gotti but smoothly emphasizes the present and future by talking about what the Mafia has been doing to rise to the top again. By Raab’s studies and observations throughout the book, the five families could even have a complete rebirth in the future, leading to a whole new generation of organized crime.

Not only did John Douglas’ Mindhunter serve as the basis for the Netflix series of the same name, but his book also provides a look into the early years of the FBI’s Behavioral Analysis Unit (BAU) and how he and others studied serial killers and worked on cases that could only be imagined in nightmares. Due to his colorful 25-year career of learning how to be both predator and prey with some of the most notorious offenders around, Douglas manages to cover a wide range of topics dealing with profiling and describes how and why criminals behave the way they do. Even though the book is now a bit dated, Douglas’ methodology and research has proven to be essential as part of the core of behavioral science today.

Jaycee Dugard’s case is one of the most memorable ones currently because even when many people lost hope, she was found alive and well 18 years after being abducted. Dugard’s A Stolen Life describes what she had to endure during her captivity, such as living in a tent and giving birth to her two daughters, both being fathered by her abductor, and what life was like after her ordeal. She proves that even through her horrific experience, she is still a courageous young woman that never let her hopes and compassion diminish. While she is doing much better now, A Stolen Life should serve as a warning to readers that monsters can blend in with everyone else.

8. Picking Cotton: Our Memoir of Injustice and Redemption

There are many cases of mistaken positive identification that have been corrected years later with modern forensic techniques such as DNA testing. Jennifer Thompson’s, Ronald Cotton’s, and Erin Torneo’s Picking Cotton describes one of those cases with Cotton, a man who was accused of rape after Thompson positively identified him as her attacker in 1984. After serving more than a decade in prison, DNA testing proves Cotton’s innocence and new lives start for both people at they learn forgiveness and forge an unlikely friendship following his release. Cotton’s and Thompson’s powerful emotions and words are perfectly grabbed to prove how flawed the American justice system can be and to also walk readers through how there can be hope when tragedy strikes.

I have an affinity towards black cats.

14 Crimes That Might Never Be ‘Solved’, But We Basically Know Who Did It

Here Are 8 True Crime Documentaries You Need To Watch

The Best Books I Read This Month

These Are The 24 Most Popular Book Club Picks Of May