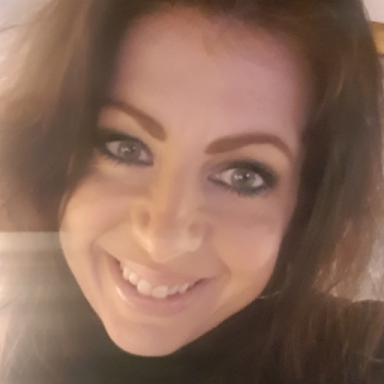 Sick of the carousel of dating disappointment? Want to jump off for good but scared of what will (or won’t) happen? I road tested the journey for you and lived to tell the tale.

I started using dating apps about a year after my marriage ended. I was initially comfortable on my own, but I eventually rediscovered my zest for life and felt that something was missing, which I assumed was relationship-shaped. I quickly learned that times had changed and that meeting someone ‘the old fashioned way’ was now pretty much impossible. Signing up to an app was my only option.

After several soul-sapping attempts, I realized that Match.com was the last place I was ever going to meet mine. Yet knowing unequivocally that dating apps weren’t my cup of tea, I continued regardless, blindly searching for a random guy to make me whole when I hadn’t done a fraction of the work I needed to do to make myself whole. Far from a decent partner myself, I somehow expected to attract one. It’s no wonder that I couldn’t get excited about any of the men I met – dating was little more than an elaborate distraction technique from what I should have been doing, which is building myself back up and continuing to focus on learning who I was outside of my marriage. Here’s what happened when I eventually stopped for good.

1. MAJOR withdrawal symptoms from the flimsy yet potent high of sparking up a connection.

No opportunities to window shop for my potential partner or respond to cheesy, heart-shaped app notifications meant far more time on my hands. Time that at that point, I hadn’t learned to fill with the things I loved doing. I literally couldn’t see that all that freedom to do the things I enjoyed or that contributed to a better life was a gift, and I squandered it, moping

2. I realized how much time I was wasting.

As the withdrawal symptoms faded, I realized just how much of my precious energy was being frittered away on waiting for a partner rather than living my life NOW. I’d literally been holding my breath until the next date in case he turned out to be ‘the one.’

It eventually sank in that the money, time, and energy I’d spent on successive and underwhelming dates wasn’t going to result in anything tangible. What followed was a very real grieving period involving lots of sulking, tears, and car journeys spent listening to women singing/rapping about not needing anyone. Looking back now, those weeks (probably months) were basically a one woman pity party, but I just couldn’t be bothered to pull myself out of my self-indulgence

Ironically, and just a few short months after my decision to stop using dating apps, I met someone through a friend of a friend. It didn’t last, but I can now see it could never have worked long-term. The experience taught me so much about what I did — and more importantly, didn’t — want from a relationship and put me on course to become a calmer, wiser and stronger version of myself

5. I stopped whinging, and started living.

Only when I was back on my own did I finally acknowledge my two stark choices:

– Keep waiting for a man to ‘complete me’

– Complete my damn self

It had been a very bumpy ride, but I realized I was quite capable of building my own life with or without a man. Yes, there was something missing, but it wasn’t a man – it was fulfilment and meaning. I’d had everything I needed at my disposal all along. D’oh!

That’s when things started to change.

My epiphany made me proactive. I sought out inspiring single women and let their bravery in sharing their vulnerability and lived experience soothe my bitter bones and motivate me to do better. I learned more about what I love doing — what sparks something in me — and started doing more of it. That led to me selling my home and planning to move into the one I really want for me and my son. It also led to me throwing myself into my work and my writing and getting really clear on what I want out of that. It hasn’t happened overnight, but I’ve worked hard to change my mindset and it’s paid off. I’m seeing things through the lens of what I have, rather than what I don’t, and I’m feeling extraordinarily grateful. Things just feel different.

And if I do meet someone? Well, it won’t be someone pretending to be 15 years younger than his profile photo on an app (which incidentally features him holding a fish or crouching next to a drugged tiger). It won’t be someone who I meet in a crushingly awkward scenario where I discover he is rude to waiters, has an overly loud voice, or is wearing white towelling socks with black shoes. And it won’t be someone I have to force myself to fall for. If it happens, it’ll be because it’s meant to.

In the meantime? I’m busy building a life that excites me rather than treading water waiting for someone else to.