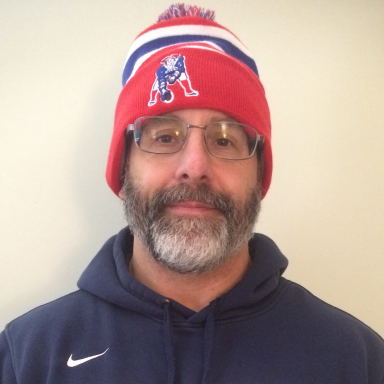 He was lying under a tacky, 1980s-style glass coffee table, looking up through it, sobbing and begging his wife not to leave. They’d met in college and dated off and on throughout, neither one really ever pursuing any meaningful connection with anyone else during their occasional breakups.

Perhaps they’d never broken free of each other not because theirs was some everlasting love destined to endure life’s inevitable bumps but simply because the familiar was less frightening than the unknown. After college, marriage seemed more like the logical next step than anything either of them was passionate about doing. So marry they did, in a low-key ceremony that had all the enthusiasm of two people signing a cell phone contract.

Nevertheless, they were a well-matched couple in most ways such things are judged from the outside. They looked good in photos together. They’d both done well in school and landed solid first jobs. Their family backgrounds and values were mostly a match. They even got along reasonably well, indifferent enough not to argue very often. If Instagram had existed, their photographic version of Pleasantville would have seemed… well, pleasant if not blissful.

In truth, they hadn’t been happy together for a while, and their differences began to magnify when they left the protective cocoon of college life and took on real-world responsibilities. Ever the confused searcher, he’d scarcely dipped his toe into the tepid waters of corporate culture before he started talking about a return to school to pursue some career that might offer more excitement than the one he’d naively chosen. She, in turn, barely contained her eye rolls, speaking outwardly about settling into their new life and building a family but privately entertaining fantasies of her own version of a more exciting life traveling the world.

She’d come home one evening that offered him no indication it would be any different from any other and announced her departure seemingly out of the blue. Oh sure, there were those subtle and obvious signs — there always are — but he’d missed them or ignored them just like every sap before and after who finds himself in a similar predicament.

Desperate, he’d pleaded with her, and several hours into his groveling had groveled himself all the way to a supine position on the floor and had managed to thrash and flail around until he found himself underneath the coffee table. As she looked down through the glass with an expression of disgust that said, ‘I’m never changing my mind,’ he realized he’d reached a low point.

Momentarily stepping back in his mind and observing the wretched scene, he wondered to himself, “Why couldn’t it have been a solid wooden table to at least hide my contorted, bawling face and spare me just a little dignity?”

Mercilessly, or maybe mercifully — he never did decide which — she left shortly after his meltdown. In the quiet darkness, he realized he could either curl up there and die a slow death in his own waste or rise from his self-imposed glass prison and continue basic life functions like eating.

He chose the latter, narrowly, and composed himself enough to order a pizza. When the bell rang a short time later, he quickly wiped his eyes and paid, even mustering a smile for appearances’ sake. The delivery boy gave no indication he’d noticed anything amiss as he hastily took the money and sped off to fill his next order.

Slumped there in an oversized chair, a part of him knew, whether he really wanted to admit it or not, that he’d begged her to stay and be miserable with him not in some twisted expression of undying love but because he didn’t know anything else. She was right to leave, wedding vows or not.

And so there he sat; a broken man eating a pizza on the glass coffee table he’d just been lying under. That he was already competent at flashing a fake smile when necessary was no greater surprise than her inevitable departure; they’d both been faking it for quite a while.

Maybe most of us do a fair amount of faking to get through this life.