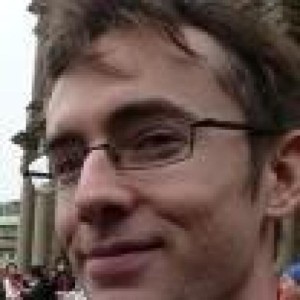 I wasn’t born rich or powerful enough to be initiated into the world of networking from an early age, so I always misunderstood it.  When I dropped out of high school and started getting my own jobs, I figured out quickly how to develop a good rapport with bosses and customers.  I was good at interviewing, and whenever I had a job (from the shittiest beginnings as a clerk in a video store, to managing a fine restaurant and running a freelance web design business), I threw myself into the work with a sense of duty and devotion that now seems a bit naïve.  But I learned a lot from even the simplest jobs, and I always assumed that when I advanced it was because I was competent— because I went out of my way to do the best job I could, and I put my whole mind and body into the work.  Every time I left a job, I left it with a glowing letter of recommendation and an enthusiastic reference, so it got easier and easier to get better and better jobs.

It was the same when I went back to school.  After a year in community college, I realized that a good Professor is everything in a class, so when I got into a four year school, I would always over-enroll myself and drop a couple of classes based on Professors.  I actually completely changed my undergraduate focus from Computer Science and Artificial Life to History and Religion during my first semester at college because I had Professors who made me passionate about the Humanities, and who seemed to exude this engaged, compelling expertise.

So, naturally, I hit it off with my Professors.  I worked hard in their classes the same way I worked hard in my jobs.  It was a hell of a lot more fun to have a “job” of reading hundreds of pages and thinking and writing about them than it had ever been to make hundreds of lattes for rich Orange County suburbanites.  Even the Professors with whom I had profound ideological disagreements respected me, and recommended my work because of my engagement and enthusiasm, and because I listened and learned as well as I could.

When it came time to apply to Grad School, then, I had more than enough Professors who were familiar with my work, who respected me, and who were eager to write letters of recommendation for me.  And this is what I always thought of as “networking.”  You work hard, you prove yourself, people who have similar goals and interests recognize that work, and they recommend you.  You go places.

But, this last year, I’ve seen a whole different side to networking, the evil twin that I never realized was there until I started working as a Lecturer in a college.  This last year, I was thrust unexpectedly into a world of nightmarish gossip, nepotism, and sycophants.  When people here heard that I was applying to Grad School, suddenly there were so many people I “had to meet.”  When I told people I was applying to Harvard, it was even worse.

“Oh, we just got a new Dean for Computer Science, you have to meet him.”

“No, I think he’s an engineer, but he went to MIT and I think you two would hit it off.”

“Oh, there’s this guy I play tennis with from Johns Hopkins, and he’s in charge of this Chinese studies program.  He’s writing letters for several of my friends.  He could probably write you a letter of recommendation.”

“But why?  I don’t know him, and I have never studied China.”

Slowly, I retreated more and more to my own office, filling my time as much as possible with student consultations, afraid that every casual lunch would be pirated and turned into an “opportunity” to network.  I established friendships with a few people who seemed completely disinterested in the administrative politics of the college and in positioning themselves for other opportunities.  I tried to focus on doing my job, on developing good curriculum, and quietly insisting on more consistent standards within my department.

But once I got into Harvard, things got worse.  Suddenly, people with totally unrelated research interests were giving me their email addresses, and the way they talked about their research was like it was a sales pitch.  They didn’t pause for me to express interest, to dig into details, to respond or reply.  They just talked themselves up and gave me an email address, without even really understanding what I was going to Harvard to do.

It creeped me out even more when, at a celebration dinner, an acquaintance of mine said, “It’s exciting.  It’s like we all got in to Harvard,” while he made a hand gesture to indicate a sort of reciprocity.  Another colleague of mine, a Harvard alum, tried explaining how political Harvard was, how I had better use my time in the Graduate School to network, how connections, and connections with the right people, were everything.

I’ve found myself growing increasingly tired of it; it all smacks so much of guanxi, the Chinese system of connections based solely on friendships, social class, and family relationships.  In China, you get your jobs because of who you know, not what you know— and while this is true to some extent in America, too, I was constantly surprised and appalled by guanxi‘s total blindness of competence.

But now I’m beginning to wonder if I ever understood networking at all.  Were the connections I made through hard work and devotion really “networking,” or was it something else entirely?  And is my experience with networking’s evil twin, here at my current college, is it an idiosyncrasy, an anomaly, a sign of desperation from a group of Western academics who, mostly, confess that they’re working for my college because they didn’t have anything going on back in the states?  Or does it have to do with relative spheres of power?  When I was working, back before I went to college, I was working difficult, practical jobs.  Charm doesn’t foam milk, or keep a restaurant in the black, or develop a website.  My Professors at my undergraduate schools are brilliant people, but they didn’t seem to be campaigning for high-powered positions; they seemed to be doing their work because they loved it.  Is it that, going to Harvard, I’m going to be entering a new world, with new rules of networking?

Whatever the case, whether it makes me naïve or stubborn, I am going to stick with my old way of doing things.  I’ll be happy if I make friends with people who can advance my career, but I’m not going to choose my relationships based on their ability to do that; I’m going to work hard in my classes, do original and innovative work wherever possible, and trust that the same forces that brought me to Harvard will take care of me at Harvard, and beyond.

30 Reasons To Leave Your Hometown Before You Turn 25

He writes about the history and future of information technology and its impact on science, religion, culture and ... Read more articles from Christopher on Thought Catalog.

30 Reasons To Leave Your Hometown Before You Turn 25

How Dropping Out Of College Can Save Your Life

Things I Regret About College

22 College Seniors On Their Advice To College Freshmen