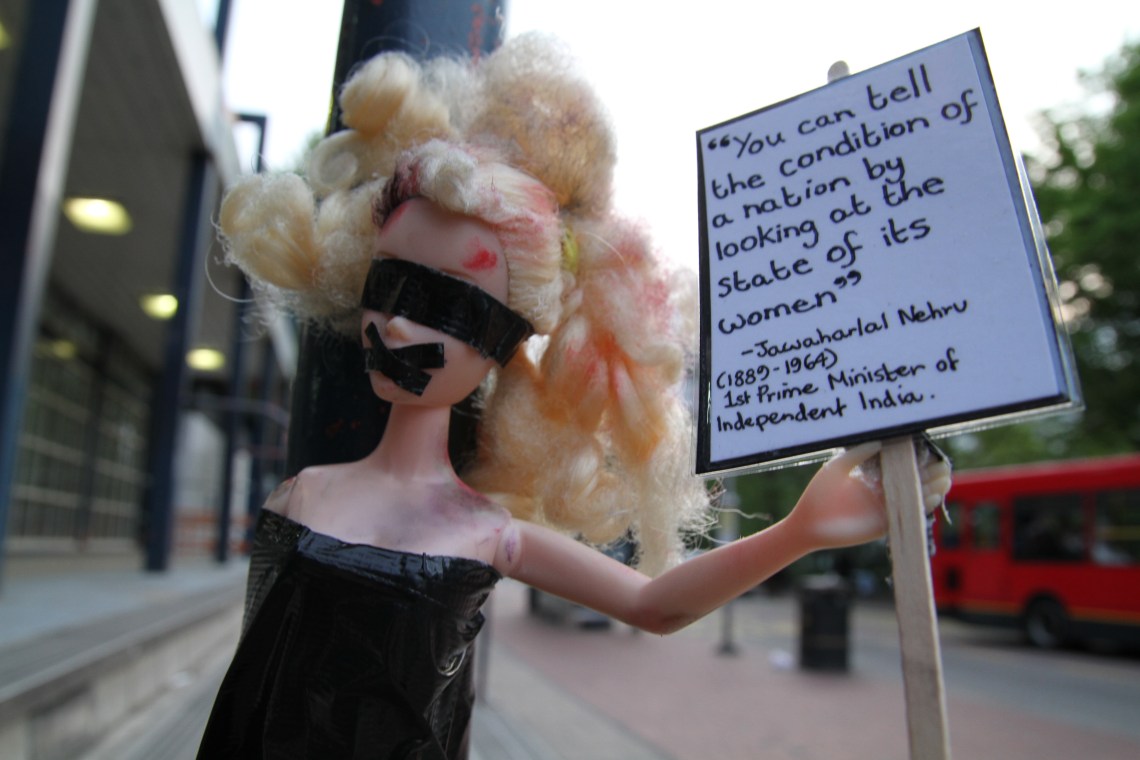 Perhaps one of the first -and most frustrating- arguments one might encounter when entering into the gender equality debate, especially in criticism of feminism, is that the feminist movement is one that is dedicated to equality in our society. While on one side, those fighting for the awareness of diminished men’s rights are asserting that feminism is the cause of a new imbalance between the sexes, it is common to encounter the feminist voice on vlogs, blogs, in books, comics and in articles claiming that feminism is the best representation of a move toward equality. Despite the overwhelming evidence to the contrary, it can be difficult to respond effectively to such a stubborn and misguided claim. Why do feminists believe the movement is the fight for equality?

In this article, I evidence why feminism is not about equality, why feminists think it might be, and how the emerging misandry or, at least, gender inequality toward men, is a direct result of this wave of feminism.

So, is feminism fighting for equality? With respect, no, it isn’t. Here’s why.

The fight for ‘equality’ of the first two waves of feminism fought to raise the standing of women in society where there were clear and vast imbalances. Men in all eras of history were also imprisoned in gender roles and forced to live and act accordingly, but it’s right that women’s liberation movements fought for balance in democracy, the right for women to work, earn, own property and shape their own lives. In order to fight for equality, the woman’s rights needed to be elevated to that of a man’s. In that era and political and social climate, fighting for the rights of women was, indeed, “the fight for equality”.

The new wave feminists constantly declare the fight for equality despite glaring oversights. Why? Today’s feminism fights a new and changed Western world with an old definition of what it means to fight for equal rights. Fighting solely for the rights of women was relevant to the first and second wave of the movement that were staring at glaringly biased legislation and cultural values, but in today’s changed world it is not only outdated, but misplaced.

Both genders, as citizens, now have equal rights. There are further developments that deserve attention for each gender, so a campaign should be run by both men and women who, together, tackle highlighted equality issues that affect men and/or women; it would be wrong to fight for, only, the rights of women, as feminism clearly does today.

We heat a room when it’s cold, but there comes a point when the temperature simply needs regulating to maintain a comfortable environment for everyone. To continue heating it, would become too hot. Too extreme. Where this wave of feminism is still cranking up the dial on the thermostat, past 22 degrees to Max Women’s Rights, it’s becoming uncomfortable.

Furthermore, in claiming it is the fight for equality and, yet, only advocating for women, feminists show the movement as stubborn-minded and prejudiced, acting upon illogical, biased and, therefore, extremist values. A movement is its voice in the media, and ours is constantly bombarded with the notion that women are the only oppressed gender while men are the perpetrators of rape, rape threats, domestic violence, cat calling, sexual objectification and with headlines such as ‘a sea of misogyny’, ‘men should just shut up’ and ‘men avoid housework and don’t do their share’. This can only have one outcome: suspicion, dislike and blame toward all men.

As one example, of many, Jessica Valenti is a prominent feminist voice. Writing for The Guardian, her biased, angry and mocking attitude toward men is clearly evident. That The Guardian continues to print her shamefully biased, opinionated and personally prejudiced ‘views’ is questionable on their part. (I do not, of course, condone any written, verbal or physical harassment or abuse).

This biased media position is instigating change upon men and women ‘on the ground’, trying to live their every day lives. From this media, women are ‘finding out’ about the world around them, the men in their lives and attitudes they should adopt. I’ve heard a feminism empowered woman mention that her husband would soon be home from a 14 hour shift, but exclaim, “Why should I have to make dinner just because I’m a woman?”

I know I’m not the only one who can see how wrong that is…and why.

I wish I could concede that this voice is ‘the extreme minority’ deviating from a more moderate form of feminism, but today’s vocal and prominent feminism is the extreme. No branch of feminism condemns it and stands for a more balanced and regulation focused pursuit of equality, by also advocating for men’s rights.

A minority of men are guilty of major sex and abuse crimes, or even harrassment; how dare anyone, or especially the apparent movement for equal rights, imply that the majority of non-offending fathers, who love their children, have no right to voice the discrimination they face in courts, simply because some other men in society are criminally minded toward women? Feminism overlooks significant gender equality issues, contributes to the demonisation of the male and uses that as a further reason for men to be silenced.

“How about more than a billion men who aren’t fanatical, who don’t punch women, who just want to go to work, have some sandwiches, spend time with their children, and don’t do any of the things you’re saying of all Men? It’s stereotyping.” (They are great words, Ben…I stole them. Much love.)

I am an advocate for women’s rights. I have daughters and hate the thought of them facing discrimination, harassment, catcalling…or whatever else. I want to help create a society where they can safely prosper and choose whether they work or keep house, or both. But I have a son too, and I reflect on the discrimination I, and others, face because we are male. I do not want him to experience that which I have seen and felt.

So, I cannot stand by and watch feminism create such bias in our society. Call me an egalitarian, a humanist, an equalalalist (I made that one up), but I am an advocate for men’s rights too…and that means I’m certainly not a feminist.