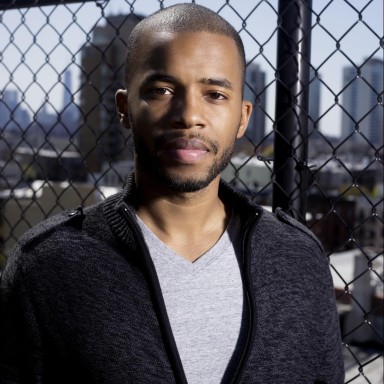 1. The scrumptious residue left on your fingers after eating Doritos or Cheetos products.

2. Completing a form on the internet without missing a required field, on the first attempt.

4. Months with three paydays. Those who get paid bi-weekly know what I’m talking about, three checks in a month is always splendid.

5. Lying in bed with freshly-washed sheets.

6. Getting cutoff by an overanxious driver, then pulling up right next to them moments later at a red light.

7. Having the exact change to pay for something.

8. Sticking that leg out from underneath the blanket and feeling just right.

9. Happy hour at bars and restaurants.

11. Removing all of the shell off of a boiled egg in one try.

12. That video of Kate Upton doing the ‘Cat Daddy’:

13. The moment the credits hit when someone forced you to watch a boring movie for the past hour and a half.

15. That first intense body stretch after waking up.

18. Correctly choosing the quickest check-out line at the grocery store, or the fastest moving lane on the road.

19. The smell of bacon. The taste of bacon. Not to beat a dead pig, but everything about bacon.

20. Getting wrapped snugly in blankets when it’s freezing cold.

21. Spontaneous adventures. Plans are good; spur of the moment is better.

22. Waking up, checking the clock and seeing that you have plenty of sleep time left.

24. Driving over little hills in the car and getting the mini roller coaster feeling.

25. Having someone exiting the bathroom directly in front of you, so you don’t have to touch the unsanitary door handle.

27. Clocking out of work when you’re off for the weekend.

28. When plans you didn’t want to attend get canceled.

29. Finding money you didn’t know you had in your pocket.

30. The anticipation and hype on days before a big vacation or trip somewhere.

33. Catching a song you enjoy on the radio, right as it starts.

34. Putting in two-weeks notice at a job you hate.

35. Finally lying in bed after an exhausting day.

36. Waking up, feeling extremely thirsty, and having water nearby to quench it.

37. Getting home so late that the sun is coming up.

38. Landing the gas pump on the precise amount you wanted. Not 10 cents over, but directly on it.

39. The additional French-fries at the bottom of the bag.

41. The relief of taking your bra off after a long day of wearing it. (I’ve never worn one, this is based off of speculation and hearing it numerous times.)

42. The relief of taking your shoes and socks off, after a long day of wearing them. (This I can relate to.)

43. Opening presents. The gift doesn’t necessarily have to be amazing if you’ve wrapped it, being that tearing off the paper in anticipation is 75% of the pleasure.

44. The bond shared by two people over a mutual disdain for another individual.

46. The various bottles of booze and beer left in your refrigerator after hosting a party.

47. Making a witty comment that draws a lot of laughs and even surprises you.

48. Asking a question on Google and seeing it finish your words, meaning there are others out there wondering the same thing as you.

49. Doing something for hours, then returning to a phone full of text messages and missed calls.