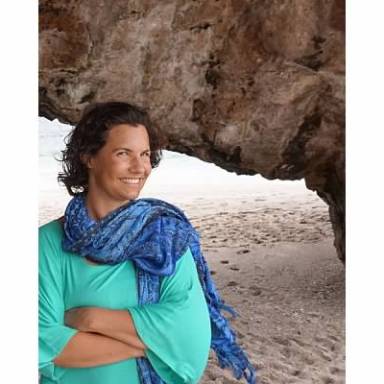 As a person who’s pretty much consumed by wanderlust, always planning or embarking on an adventure, I have a whole collection of stories and photos from my trips. It’s mostly pretty rosy, in a “Check out my amazing life!” kind of way. But of course, sometimes things don’t go as planned. Flights get delayed, connections are missed, you get sick because you ate the wrong thing in Mexico. It’s these inconveniences that have taught me about being flexible and adaptable, and over time I’ve evolved into a confident and calm traveler, even when I’m solo in new places, even when I’m doing things most other people wouldn’t, like dragging my young kids through the wilderness. I don’t get super-stressed very easily.

But admittedly, a few experiences during my solo trips have really challenged me, causing me to lose my cool, at least internally. They’re the kinds of moments where I’ve said to myself, “Holy shit, this is bad. How am I going to get out of this?” But I’ve managed to navigate my way through, and it’s made me smarter and savvier, and more self-sufficient on the road and abroad. Here are my top three super-stressful moments and what I learned.

When I was in my early 20’s, I quit my job at a hospital, put my relationship with my boyfriend on hold, and packed up a bag to travel to Germany. The plan was to stay for six months, and I had everything intricately planned, including a job in my friend’s dad’s office and a place to stay. But a few days before my departure, the job fell through. I was faced with a question: Stay or go? I lost hours of sleep, because I didn’t have much money saved and the entire trip hinged on that job.

How it was: It sucked at first. Shortly after I got to Frankfurt, my housing also fell through, and I couldn’t seem to get a work permit to do any job. I was living on a shoestring. Sometimes I wandered the street aimlessly, cried, and searched for airfare home.

In the end: I didn’t go home. I went to the employment office every day to try for a work permit. Finally, after several weeks of this, I got a permit to do freelance work, and I started teaching English at the Berlitz School. I found a room in a crappy flat in a charming neighborhood. I discovered that I can subsist on European bread, cheese, chocolate, and beer. This alone is a great life skill.

What I learned: Mentally, I’m stronger than I ever knew. Also, it’s okay to be uncomfortable sometimes.

This just happened to me a few weeks ago, so I’m still reeling a little bit. Essentially, after a two-week trip exploring Antigua and Lake Atitlan solo, I got detained at immigration on my way out of the country. The stern agent accused me of entering Guatemala illegally. I’m pretty sure my heart stopped when I heard those words. Of course, I’d gone through arrival customs like everyone else on my flight. Yet it was true: there was no stamp in my passport, and I hadn’t been entered into the computer system.

What I did: I just stood there, flabbergasted, trying to explain my situation. My heart, which had re-started, was racing.

How it was: It was terrifying. For the first half hour, I didn’t know what the consequences would be. I mean, there was no record of me entering the country! One of my greatest fears is being thrown into a foreign jail. (Remember Claire Danes in Brokedown Palace?) I had two kids to get home to, and I was seriously afraid.

In the end: The immigration agents made me pay a “fine” to get out of the country. It was only equivalent to about $30USD. Although I can’t be 100% certain, I think I was the victim of some corrupt scam. But I felt lucky that the fine wasn’t exorbitant, and of course, that I didn’t get hauled off to jail.

What I learned: Check your entry stamp upon arrival in a new country! Watch the agent to make sure he or she physically stamps it. Also, arrive at the airport at least two hours early for international flights (which airlines already recommend), because this whole shebang with immigration took me more than an hour, and I barely made my flight.

A few years ago, I decided to take a 10-day solo road trip through Wyoming and Montana. As an outdoorsy Colorado girl, I was prepared for, I thought, anything the wild might present. Although my husband is typically really supportive of my solo forays, this one made him a little bit nervous. It was like foreshadowing or something, because sure enough, on the first day of my trip, when I was about six hours from home on a two-lane road in Nowhere, Wyoming, I ended up with a flat tire. At first, I tried to ignore the hissing sound. But then it was unavoidable: I had to pull over. I’d run over something that looked like a tent stake. My cell phone had no service. There was a dead rabbit in the road.

What I did: I stood there, unsure if I really knew how to change a flat tire. In my mind, I went through the steps, and I only felt about 50% confident. Because I didn’t want to get halfway through changing it, making me even more stuck, I decided to drive to the next town only a few miles away. This wasn’t ideal, I knew, but I did it. (Inside, I was berating myself.)

In the end: A really nice guy at a gas station helped me change the flat. This was good, but since I couldn’t drive on my spare forever, I then had to undergo quite the adventure to get a new tire. That’s a whole different story.

What I learned: Hands down, learn basic car mechanic skills! I knew how to do things like check oil and fluids, but looking back, I should’ve known, confidently, how to change a flat. Auto shops in many cities and towns even offer classes tailored to women. I also now carry a GPS tracker on my trips off the grid, for situations when I’m out of cell range. My device, made by the company SPOT, allows me to call for help using satellite technology. It’s an extra layer of protection, and I adore it.

I Went Solo Traveling To Find Myself, But I Ended Up Feeling More Lost

The Truth Is, I’m Getting Tired Of Counting The Small Things