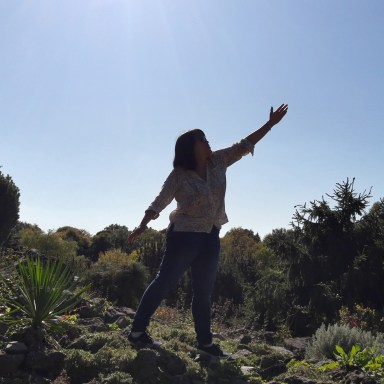 You shouldn’t settle on a half-sided relationship even if it’s with the person you love. A relationship is another way of saying complementarity and cooperation so you best be sure to have it in yours.

I probably don’t need to tell you this, but if he’s your person, he would plan a life with you in it. Do not confuse his desire to be with you and planning his life with you since each has a different meaning. It’s okay to assess your relationship and admit that perhaps the your path with him have diverged.

A guy who has every intention of building a life with you would already know how to realize his vision of being together long-term inclusive of you in it. A guy who’s serious about you is one who not only lets you become a part of his world, but one that lets you stay in it too.

He doesn’t have to want the same vision of a life together as you do. It doesn’t have to also be the white picket fence, two kids, and a dog image that you may want. A guy who means it when he says he wants to be with you for the long haul will make it clear where you stand his life not in the “now” rather in the future he intends to spend with you.

Don’t settle for the guy who abuses the excuse of taking things day by day because if he honestly wanted to be with you through thick and thin then he would’ve worked to build a life every day spent with you. Relationships are like stepping stones where every decision taken by you and him serve to reach a goal. If the goal isn’t complimentary or mutual then you shouldn’t waste any more time with him.

In the end, if he’s serious about you then he should never make you second-guess his actions or cause you to have self-doubt. That’s not what a guy who wants you in every step of your life would do and if he does, then maybe it’s time to you take a step in the opposite direction.

Storyteller by nature and oversharing details is my forte.

Keep up with Cantika on onmogul.com