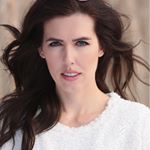 I have a confession to make.

In 2015, I was 31 and still not in the sexually active club. It might have been because of my soul-shattering teenage acne, which followed me into my 20s. Or my general awkwardness around the male species in general, but my only tangible knowledge of what “sex” might be like came from movies.

And my chastity wasn’t purely by choice. Growing up in the small tourist town of Sedona, Arizona, opportunities were limited. The population mostly consisted of wealthy retirees or transient hippies. With 75 people in my graduating class, most of which I had known since kindergarten, I was doomed. College for me wasn’t much better. Still the drama nerd with acne, I threw myself into plays. Books. Stories about other people’s lives, instead of truly living my own.

At the ripe old age of 18, I dropped out of college, packed up my car, and moved to Hollywood. Much rejection and heartache ensued in the years that followed. Too busy pursuing a near impossible career, I kept putting my social life on the back burner. Soon my cinema dreams turned into digital ones. Throwing myself into YouTube, and platforms like it, I became an “influencer” with hundreds of millions of views and thousands of videos under my belt.

Maybe I felt like I needed to be successful before I was worthy of finding a lasting relationship. Whatever the reasons, it took me until my 30s to wake up and realize that I was collecting a lot of things. A nice house, money in the bank, a solid career, but I had no one to share it with. I had a lot of things, a lot of stuff, but I didn’t have any deep, meaningful human connections.

I remember when online dating was taboo. It was frowned upon, or weird if you had a dating profile and hadn’t found your significant other in a real-world situation. Nowadays, not meeting your partner online is becoming rarer and rarer. The increasingly fast-paced lives most of us lead make it near impossible to have enough energy to hit up a bar, let alone exercise three times a week or keep our refrigerators well stocked.

Joining Tinder, I made up for lost time. I was kind of a dating whore. Swiping and matching, lunching and flirting. Looking for Mr.Right became another full-time job. I went through a few boyfriends, disappointing breakups until I finally swiped right on Milos.

Not to be shallow, but Milos was hot. Hot in a ridiculously toned, Chris Hemsworth kind of way. He was also successful, a recently graduated doctor with a masters in forensic pathology from the University of Belgrade in Serbia. His accent was sexy and mysterious, and he had an English Bulldog named Lui. I was a smitten kitten.

Even with the physical attraction, there was something in my gut. Something in my natural instincts that kept sending off warning bells. I chalked it up to “being scared” because the guys I normally dated didn’t have a car or a job. It only took eight dates before I fell in love with him.

And ten dates for me to lose my virginity.

31 and finally in the sexually active club, I was in love and already waiting on bated breath for the day in which he would propose. I didn’t care that he was wealthy, or a future surgeon, solid qualities in a future partner but they weren’t the reasons I choose him. His faith in us and our future was contagious.

For him, it was love at first sight. He came on strong, and fast, and with a commendable tenacity. Showering me in affection and compliments, he made me feel special and beautiful and with fairytale precision won my heart, but our bliss came to a screeching halt.

It didn’t help that his traditional European mother wanted her son back in Serbia. “Why are you choosing this girl, when there a plenty back home?” she would say. On repeat. Milos was in America on a vacation of sorts, sowing his oats after spending grueling years in medical school, but they had been patient enough and it was time he returned and helped run their empire.

First, his parents cut him off financially. Gone, his leased Black Lexus, apartment in Beverly Hills and another luxury home in San Diego. Upon my offering, Milos and Lui became my unpaid roommates and thus started my full financial support.

Before I knew it, I was bankrolling a majority of their needs. A new car lease, veterinary bills, a debit card linked to my checking account. I was in love, and witnessing someone I loved in pain and struggling and I would have given the shirt off my back to ease that burden. His family had also cut Milos off emotionally, refusing to speak him except in anger or disappointment.

Not that Milos didn’t try, teaching tennis lessons to loaded cougars who coughed up serious cash to stare at my boyfriend’s abs. He needed to pass his medical board exams before he could get a residency in California, so when he wasn’t driving from lesson to lesson on the 405, he could have been found on my couch surrounded by booking, studying next to a snoring Lui.

To top things off, January 1, 2016, I received an email from a woman claiming that Milos was cheating. Photos, texts, emails, proof of their relationship which he vehemently denied. She was a call girl, he claimed, a high-end hooker who had found out his family vast fortune and was trying to blackmail him. What juicy information did she have, that she thought she could use against Milos?

He was already married.

Milos had given every last cent he had for a Russian with American citizenship to marry him, securing him a green card, so he could stay and date me. Talk about the shock of my life.

Even then, I didn’t leave him. Even when he became more and more verbally abusive, I made up excuses for his behavior. Finding out I was pregnant in March of 2016, I was thoroughly trapped. My view of an ideal pregnancy was skewed. In my head, I always pictured getting married, enjoying my life with my husband for a few years, and then possibly trying for a kid or two.

I never imagined being now 32, a growing mountain of debt due to morning sickness and the inability to do more than throw up and sleep all day. Having to sell my house broke my heart first. Moving to San Diego broke it again, in hopes that Milos would finally get a job at one of the four teaching hospitals in the area, and it broke for the very last time when Milos moved out of the tiny apartment we then resided in, five days after I had given birth to our son.

He didn’t move out by choice, he was forced out. With the birth of our precious baby, I started to wake up. I started to realize that I had wanted so desperately to make our relationship work, that I didn’t listen to all the warning signs along the way. His confession of his family’s mafia connections didn’t help his case. The physical abuse was the nail on our relationship coffin.

Who had I become? I was once a strong, independent woman with a hard-earned career I loved, and I became the puppet of a sociopathic monster.

What I found out after I left him chilled me to the core. He was already married, before we even started dating, acquiring a green card from a wealthy Russian who called Beverly Hills home. She was his cash cow before me, and Milos leaving her was the real reason for his parents’ wrath. Milos did cheat on me, and the woman wasn’t a call girl, but a savvy businesswoman who I now call a friend.

And this wasn’t even the half of it.

I wanted so desperately to find love, to be loved, that I had settled. The old adage, “it is better to be alone than be with the wrong person” could not have rung truer.

Now, I am a 34-year-old single mom, writing these words, in hopes that you will learn from my mistakes. Your dreams are valuable. Your goals and ambitions are just as important as any relationship. You can’t force something, and you especially can’t force the timing. Just because you decide you are ready for a relationship, doesn’t mean the right relationship is ready for you.

And the mistakes you do make, learn from them and move on. I don’t regret Milos, because without him, I wouldn’t have my son, and I wouldn’t have realized how much I love with my entire existence being his mom.

I lost my virginity, my first home, my friends, my career, my trust.

And learned. And loved.

For more of Brittani’s story of love, loss, and surviving unhappily ever after, check out ‘A Sucky Love Story’.