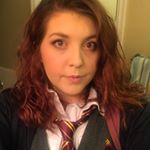 There is no age limit on a passport. All those fabulous places you’ve dreamed of seeing really aren’t going anywhere. Is Paris or Romania (everyone has their place they want to go, don’t judge me) going to look any different at the age of 25 as opposed to 35? If you don’t make it to Greece before you’re 30, don’t give up! Your life of adventure isn’t over until you say it is.

Your dreams don’t need to have an expiration date. If you don’t reach your life goal by 27 that doesn’t mean you won’t ever get there (unless it’s like, sports or something… which I don’t play so let’s pretend they don’t apply). Some of my favorite authors, thinkers, and creators didn’t reach true success till their 30s and 40s, and often later (sometimes they were dead… which, I say, still counts).
Statistics be damned, according to them I should never have graduated from high school or college or be in the tax bracket I am. Don’t let numbers hold you back.

When to have children (if ever) is a deeply personal choice and, despite what the feminist rabble hackling in the background would have you believe, you can have a child in your 20s and still actually be a person. With hopes, wishes and everything. Who knew! A baby isn’t a death sentence. Is it harder? Sure. But not impossible. If you choose not to have kids, don’t let anyone guilt you, just do you, sister (or ‘Mr.’) there’s really no right or wrong way to do this whole “life” thing. (Yes, internet troll, unless you go around axe murdering people.)

It is not a perfect social system, to be sure, and I hope in the future that women can turn to equalizing gender roles and returning some importance to families, rather than bashing the women who struggle to balance them.

Here’s a hint for you, happiness is a lifetime endeavor and it falls entirely on your own shoulders. The minute you take responsibility for your own happiness you can watch with glee as those negative and pointless people in your life begin to fade away. Nobody has their whole lives figured out, my friend, so don’t hate yourself for being a little lost. Some of the best things in my life have happened out of nowhere when I had no clue which direction to go. Take happiness where you can find it and appreciate every step it took you to get there.

This goes hand in hand with happiness. Guess who is the designated placeholder for success? You are! That’s right, no one else can tell you what success is but you. Everyone is different, everyone is looking for something just ever so slightly unique and special out of their limited existence. Some want to write, or design, or build, or raise great kids. Maybe just get that manger position, buy a house, or live in another country. Or it could fall to just kicking a drug habit or re-entering the life of an estranged child. If you spend your life living to other people’s standards for achievement, you are never going to find happiness.

You can open the world (or just your social circle) to your views and opinions but for every person who agrees, there will be another who doesn’t. Let it go, be opinionated and resolute when you must, but accept that not everyone will think and feel as you do. And that’s okay. Don’t stoop to belittling the choices of others who don’t see the world as you do, it adds nothing to your own personal success and it will close the ears of the very people you are trying to reach. Live and lead by example, encourage and uplift those whom you might not agree with, you might just learn something and be the better for it.

You just will, either in several huge, obvious ways, or in many small, subtle hard to define ways. Mistakes are the best teachers and rather than give up and throw in the towel when things don’t pan out the way you expected, analyze, learn, and try again. People might judge, demean and dismiss you for your faults and mistakes but you should never take that as a sign of your true character. Only you can define who and what you are. Mistakes happen, it’s inevitable, the only thing you can do is decide what to do with the experience.

No two marriages are the same. What works for some will not work for others. It, like children, is not a death/dreams-crashing-down-around you, sentence. The only person who can decide if they are ready to get married or not is you. Listen to your closest, most trusted friends, and otherwise ignore the generalized bullshit. If you want to get married at 25, don’t let the horde of screaming women your age, insisting you can’t be ‘successful’ if you go through it, change your mind from what you want. And, if it does happen to fall apart, guess what, divorce isn’t the end of the world. I’ve been there, I’ve hit rock fucking bottom in more ways than one, you can build yourself back up again and be better for it. And, for the record, even people who get married later in life are prone to divorce. It’s all about what you want and believe.

Instead of judging and berating people who chose to live in a manner you don’t agree with (yes troll, assuming their lifestyles don’t include, like, eating babies), why not take a second to consider life in their shoes. No one likes a stranger or vague acquaintance to step into their lives and point out the imperfections as though they have some sort of right to, as though they know you. They don’t. And you don’t either. You have no idea what the young, exasperated mother (or father) in the corner is going through or what their dreams and wishes are. Instead of smugly degrading them over your coffee, why not actually speak to them, get to know them or hell, at the very least, let ‘em be. They don’t need your opinions or judgments any more than you need theirs. Respect everyone and bask in the respect you receive in turn. It is a truly novel effect.

Just… let it go, man. I have an immature ex-husband, a cheating ex-boyfriend and a string of unfortunate circumstances. I could choose to cling to these past mistakes and allow them to define me, but guess what? Fuck it, fuck everything that tries to reduce or diminish me. I can decide to forgive, or at the very least forget, because at the end of all this, my life is my responsibility and I don’t want to waste it hating people who are no longer worth my time. Let the screw ups go, forgive yourself for all the times you’ve hurt others (and try to get them to forgive you too, if you can), and just… move on. Grow and learn and don’t let all the crap in your past keep you from being the type of person you want to be. You might completely fuck up your 20’s by all ‘conventional’ standards, but guess what? You’ve got at least twenty more to go. Life is fragile; I get it, but don’t let failure and the world keep you from getting and doing what you want.

Age is just a number, you’re the one who get’s to define it.