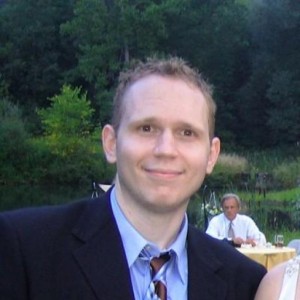 There’s one classic dude conversation that always gets me looked at like a weirdo. Actually, there’s many classic dude conversations that get me looked at like a weirdo, but I’m trying to keep this under a thousand words, so let’s focus on one. We’re watching football, or drinking, or drinking while watching football, and someone asks, “If you could sleep with any woman, who would it be?” I know it’s shocking, but men really are that lame. So out come the usual answers: Jessica Biel, Mila Kunis, Kate Upton, Scarlett Johanssen, all the classics — and I nod and agree, hoping no one will notice that I haven’t actually said a word. But eventually the room will quiet and everyone will realize I didn’t give my answer. So they turn to me, and I say, quietly at first, and then with complete conviction, “Lauren Graham.” There is a pause, and great confusion. “Wait, you mean the chick from Gilmore Girls?” they ask, with an unflattering look on their faces. “Yes,” I say. The dudes frown, confer, and after a few minutes, demand I pick again. “Alexis Bledel,” I reply, “Once she was old enough, obviously.” Again, there is a pause. No one has any idea what I’m talking about it. Sigh.“It’s the other chick from Gilmore Girls,” I say, and immediately somebody throws something at me. “What?! I love Gilmore Girls. It’s a great show. And they’re hot!” And that’s the precise moment when everyone looks at me like a weirdo.

Look, I get it. The stars of a bantery show made primarily by, for, and about women is not the typical object of heterosexual male desire. It’s kinda like being in love with Oprah, or one of the Desperate Housewives. I mean, it’s rare you’re at a sports bar and hear a couple of bros yell, “Man, I gotta get me some of that Meredith Grey!”, then high-five and dunk something in blue cheese. But what can I do? The Lorelais Gilmore are everything I want in a woman. They’re smart, sexy, and totally hilarious. So what if the closest thing they’re allowed to lingerie is footed PJs, or that their idea of a romantic evening is talking over a cheesy movie and eating Red Vines? I like Red Vines. And even though they’re no longer on the air, I still enjoy watching Lauren Graham, and the woman who played her daughter, Alexis Bledel, make snarky remarks 10 years later. They’re the Gilmore Girls, and I’m afraid I will love them no matter what looks the committees of dudes have on their faces. How do I know? Because I have met my celebrity crush, and the crush endured. That’s right, friends, my dream woman, Lauren Graham, and I actually hung out, and the world will never be the same. I’m sure the bros wish they could say the same for Mila Kunis.

When my friend told me that she just happened to go to high school with my favorite woman on earth, I looked at her with elation and pity. Elation, because there was now an extremely remote chance that I could meet the woman of my dreams, and pity, because I was never going to let her talk about anything else, no matter how many times she called me creepy. When my friend Julie saw how excited I was, she immediately judged the situation correctly, and told me she would not be introducing us. Julie was right, I was like a 16 year-old girl and who just found out she had access to Justin Bieber. You can’t just put me in the room with that, I’d start crying. Or even worse, I’d start flirting. So for weeks, I begged her to invite me somewhere Lauren would be, or might be, or had once been, and for weeks Julie flatly refused. She said not until I could handle the situation with “maturity and decorum.” So, being the cool cat that I am, I decided to slow my roll. And yes, I just looked that term up on the internet.

My campaign was simple: a complete Lauren Graham blackout. I stopped talking about her altogether, and only remarked on Gilmore Girls when something exceptional happened, like Rory getting into Yale even though she’d always dreamed of Harvard. I mean, come on, I’m a human being after all. But after a few months, my subterfuge worked. It was early December, and my friend announced that Lauren Graham was having a Christmas party, and that if I was sure not to act like a huge doofus, I could come along. Religious folk say the greatest miracle to happen on Christmas was the virgin birth of Jesus Christ. I say it’s the time I was invited to get drunk at Lorelai Gilmore’s apartment.

I expected there to be countless people in attendance. I mean, this was a TV star’s party. I imagined a palatial apartment with chilled shrimp in every corner, faucets that spouted champagne, and only the rarest glimpse of Lauren as she darted from conversation to conversation. That’s what I expected, anyway. What I got was… eight people. That’s me, Lauren Graham, and six other motherfuckers. This, I was not prepared for. The 16 year-old inside me was just offered a much higher Bieber-to-stranger ratio than he expected, and was starting to lose his mind. It didn’t help when Lauren answered the door herself, said, “Hi, I’m Lauren!” and I almost answered, “Good to meet you, Lorelai!” But I didn’t do that, because thankfully, I had slowed my roll. So I walked in with my friend to a party that was clearly for the real old friends, and spent the rest of the evening terrified. I wasn’t starstruck, I was just struck. It didn’t matter that she was famous, it just mattered that she was cool. And funny. And beautiful. Where were the dudes when I needed them?! The dudes would know what to do!

So the game plan I quickly adopted was to avoid talking to Lauren Graham at all costs. It was the only way I could be sure not to be a jackass. But, as I said, the party was small, so when I found myself in conversations with her, I tried to keep my jackass footprint as small as possible. I laughed at her jokes, because her jokes were funny, and did my best to make zero reference to the Gilmore Girls under any circumstances. I was pretty successful, but then the end of the night came, and I realized I was missing the opportunity I had lobbied for months to achieve. She started to collect people’s coats, and I knew I had to act fast. I told her I’d help, and went with Lauren Graham to the closet. That’s when it happened. The closet door opened, and a little light inside it turned on automatically, like in a refrigerator. I said, “Oh wow, you’ve got a closet from the future! I think I saw one of those on the Jetsons.” And you know what Lauren Graham did? She laughed! She actually laughed out loud! At a joke that only under the most generous terms can even be described as a joke. And then she looked at me and said “You’re funny.” So I did the only thing I could in that moment, I grabbed my coat and got the hell out of there.

I met my celebrity crush, and she said I was funny. It was in passing, sure, but I knew I had soared as high as I reasonably could that night, so there was nothing left for me to do but leave. It could only get worse from there. I went home, and I thought about it, and I’ve thought about it many times since, because I’m sort of insane. So the other dudes can have their Scarlett Johanssons and their Jessica Biels, I’ll stick with the Gilmore Girls. Because one of them said I was funny, and really, that’s all I need to know. Now who’s up for some Red Vines?

Author of the best-selling Kindle Single "Not A Match." Follow Brian on Twitter or read more articles from Brian on Thought Catalog.

13 Things I Learned About Life From Lorelai Gilmore