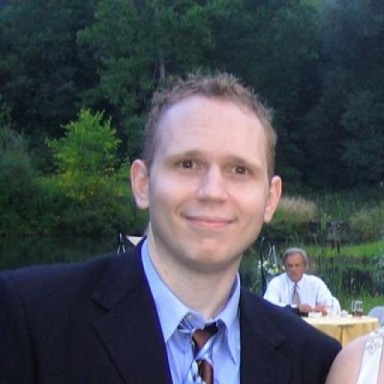 There’s something inherently dashing about a man and his dog. Playing in the mud, flirting with women at the park, hunting for geese. It’s all very masculine. Get a man and his dog, remove t-shirt from man and add bandana to dog, and all of a sudden you’ve got the cover of Life Magazine. Or an Abercrombie and Fitch catalog, depending on how many crunches the guy can do. In comparison, there’s something inherently creepy about a man and his cat. Knitting together, lounging about in the air conditioning, laughing drolly at something on NPR. It’s not masculine at all, and the only magazine cover it’s getting anywhere close to is Out. I mean, there’s a reason there’s never been a romantic comedy about a woman looking for the perfect guy called, “Must Love Cats.” Because there’s something considered a little off about a guy and his kitty. In fact, typing the word “kitty” just now gave me a little bit of seizure. But I am here to speak out on our behalf. I will endure the shame no longer. I am a male cat owner, and I want sdfsgar3ea! Sorry. My cat walked across the keyboard. What I meant was “respect.” I want respect.

I went out on two first dates last week, and for the sake of research, I decided to give them two different pieces of information. Does the fact that I’m using first dates for blog research explain why I’m still single? No. Why do you ask? Anyway, I told one of the ladies that I owned a dog, and the other, a cat. Dog Lady replied, enthusiastically, “Oh! Dogs are awesome! We should go dog walking together!! What’s his name?!” I’ve never seen anyone so excited. It was like her head turned into one giant exclamation point. Unfortunately, I hadn’t prepared for the dog name question, so when I said “uh…Bowzer?” she looked at me like exactly what I was: someone who had just made up a fake dog for the sake of a first date. The cat lady, however, took a more serious tone. “You know, I think there’s absolutely nothing wrong with a single guy having a cat. In fact, I think it’s great!” Which would make sense if I had just admitted to being a cross dresser, but seemed a little severe for feline ownership. I wasn’t living with leukemia, I just had a cat. And that’s when I decided something had to be done. I’m tired of living in the cat closet. Male cat owners are not second class citizens, and we are not automatically wusses! Or if I am a wuss, it’s for totally justifiable reasons, like the fact that socket wrenches are legitimately confusing or that cockroaches do actually look a lot like tiny monsters from outer space. So, for the sake of cat owner pride, I will now admit, in writing, to all the humiliating things I do out of love for my cat. A weaker, less proud man could never do this. But there’s nothing to be ashamed of here. OK…so. Here. we. go. Deep breath. Any time now…

2. My cat likes to go on the balcony and eat grass which she immediately throws up. I don’t stop her because she seems to enjoy it.

3. I do not use the “Private” function on my Internet browser to hide my use of pornography, but rather the ridiculously weird cat searches I do on a regular basis.

Terms I have searched for in the last 24 hours: “Cat dressed like Santa Claus,” “Does Kevin Garnett have cats?,” “Plot of Garfield Tale of Two Kitties,” “Cats who look like Wilford Brimley,” and “Cat Asthma Symptoms.” Don’t worry, she doesn’t have it.

4. At least a third of my Facebook friends are either people who post funny pictures of cats, or, in a few alarming instances, cats themselves.
What? You guys aren’t following Lil Bub?! What’s wrong with you?

5. When my cat feels it is time for me to go to bed, she will come into the living room and meow at me until I turn off the television. Sometimes I will trick her by turning off the TV, waiting for to go to bed on her own, then turning it back on. It’s shameful.

7. I have spent a not-small amount of time wondering which season of The Wire would be my cat’s favorite. My conclusion is Season 2, because she seems to like Greek people.

8. I am fighting every instinct in my body to not post a picture of my cat in this article.

But I am not going to do it. Because that is what a crazy cat lady would do, and I am not a crazy lady. I am a totally sane guy who appreciates a good cat. And yes, that is a thing. So who’s with me?! Anyone?