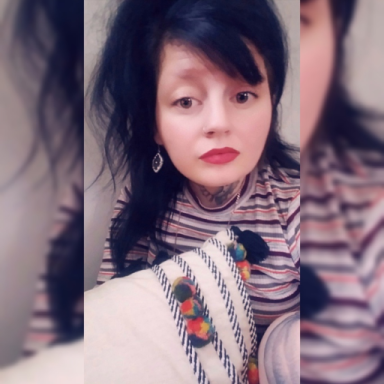 It’s exciting to believe in magic and for many people that’s what tarot cards are—magic and I love believing in the impossible just as much as the next person. If life were as simple as a deck of cards telling me my future, I’m all for it. Go ahead and sign me up now.

However, because of this common belief and the way tarot cards are portrayed on television or in books, there is awful stigma following such a powerful art form. Don’t get me wrong, I’m into the elusive vibe pop culture has given tarot card readers—it’s fun. But, I don’t necessarily believe it should dissuade people from learning. That’s why I’m here to tell you that all those scary tarot myths are just that…myths.

The first, and biggest myth is that tarot cards are evil. Tarot cards are commonly linked with the occult. Much like tarot readings, the word occult seems to be just as misunderstood and associated with the Devil.

“If they weren’t linked with the Devil, wouldn’t everyone always just get good readings”, you ask. Well, no. Good and evil are like yin and yang, one cannot exist without the other. However, I feel that this notion partially comes from the misunderstanding of what the cards actually represent. For example, just because you draw the “death” card, that doesn’t necessarily mean you or someone you know, is going to die. It could be something as simple as loss of a job.

Second, and another huge commonly believed myth, is that tarot cards are magic. I mean, if they tell the future then they have to be infused with some kind of magic, right? Wrong. Much like yoga, reading tarot cards is a way to connect with your higher self. It’s a form of divination with zero magic involved.

3. Tarot Will Tell Your Future

In order for the future to be so black and white, you’d need absolutely no free will. If I had a dollar for every time I heard someone tell me that they don’t like the idea of tarot cards because they don’t want their futures to be set in stone, I probably wouldn’t be rich because this doesn’t come up in casual conversation often. However, as is stands, your future is what you make of it and meant to be changed often. A deck of cards cannot determine how that will turn out.

4. You Have To Be Psychic to Read Tarot Cards

Okay, this one is a little intimidating and, lucky for those interested in pursuing the art, completely untrue. It’s all about your intuition. If you feel you have been blessed with “sight,” that’s wonderful! But, ultimately, not a requirement. As long as you have a deck of cards and a willingness to learn and memorize several different symbols then you are already half way there. Don’t let the myth that you need to have these psychic abilities turn you away from tarot reading.

5. You Have To Buy Your Own Cards

Every time I hear someone talk about how they would love to learn to read tarot cards, it’s typically followed with a sigh and a longing “if you only someone would buy me deck” proclamation. However, if this were true, could you imagine how little tarot card readers we actually would have? While there is no definite way to pin point where this myth originated from, I have my suspicions that is has something to do with giving tarot readers the illusion of secrecy and mystery.

Now, with that being said, WHAT ARE YOU WAITING FOR? Don’t sit around hoping one of your friends to pick up on the hint, go buy yourself a deck.

"I like my coffee with cream and my literature with optimism."