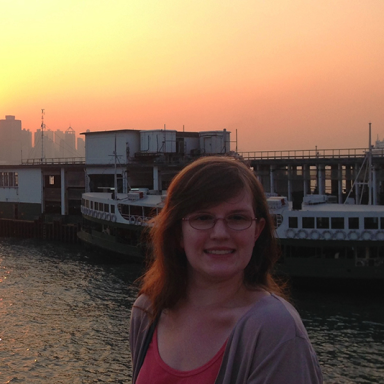 As a recent college grad, a lot of people have asked me why I chose to go abroad. Some couldn’t even seem to fathom the idea of why I’d want to live elsewhere instead of starting my career and life in the States. But really, at 22 why would I want to jumpstart spending the next 40 years of my life working 40 hour weeks waiting for those 2 weeks of vacation to spend each year?

Don’t let the ‘American Dream’ get in the way of your dreams. You don’t have to wait until you’re 65 and retired to see the world—live while you’re young.

The best time to travel is right now and here’s why.

You just spent the last 19 or so years of your life in school—take a breather. A new chapter of your life is about to start and it’s good to take a little time off before jumping right in. Most people think it’s important to get a job right after graduation otherwise you may never get one, but that’s not true. Jobs will still be here when you return.

2. Your Responsibilities are Minimal

It’s not easy to drop everything and travel the world when you have a bunch of responsibilities. As you get older you’ll only gain more bills, mortgages, a family, and more that’ll tie you down. Bills and debt know no boundaries—they won’t stop coming to your mailbox just because you’re not home. After college is the only time when you have the least responsibilities, so go now or never because the opportunity may never arise again.

“I regret traveling around the world and having awesome experiences”—said no one, ever. Even if traveling may leave you in debt, it’ll only be short term. Eventually you come back, find steady income and settle down. Until then, go out and experience the world while you can. Sure you can go start work right away, hoping to save up money to someday afford that nice vacation. But really, will you ever feel that you have exactly enough money for that dream vacation? Probably not. And if you do, then chances are you’re too old to want to travel by then anyways. Which brings me to my next point…

You’re young; travel is only going to get more difficult with age. Not just because of piling on responsibilities, but because of your health as well. Your body can handle a lot more now than it will be able to later. Cliff jumping or scuba diving with sharks? No problem. Sleeping on a floor or rock-hard mattress in a hotel room that cost 30 cents? No problem! Even traveling across the world by plane becomes much more difficult for your body with age—blood clots anyone? So do yourself a favor and travel now while your body is still in it’s prime… it’ll actually make traveling cheaper.

5. You can Travel more Easily on a Budget

As I mentioned in my last point, while being healthy you can endure more and save money. Cheaper accommodation such as budget hotels, hostels and couch surfing only become less on an option with age. Who wants to sleep on a horrible bed or couch when they are developing back problems? And hostels are made for young travelers, so take advantage of this cheap accommodation while you can. You’re probably used to sleeping dorm style anyhow. And who knows, you might just meet some other awesome young travelers like yourself.

6. You won’t have Discounts for Another 25 Years

Most of the best travel discounts are given to those who are under 27 years of age. International Student IDs or unexpired universities IDs make you eligible for discounted airfare, train fare, tours, museum and park entry fees, meals and more. Some of these discounts can be at 50% off. You won’t see discounts like these until you’re a senior—and by then you probably won’t be backpacking across Europe.

7. You’ll Learn how to Handle Money and be Independent

In school you are surrounded by people your own age with similar interests. Your parents probably helped you out financially and maybe even did your laundry still. Now you’re out of college so it’s time to learn to be fully independent. Traveling will force you out of your comfort zone. You’ll be fending for yourself—having to figure out getting around, directions, schedules, budgeting and more– while in a new environment and quite possibly in another language. You’ll suddenly be surrounded by people who are not all in college and may not share the same culture or views as you. Regardless, these could be some of the best people you meet in your life.

Traveling also serves as a crash course in finance. You’ll learn rather quickly how to budget and manage your money because if you spend too irresponsibly, you won’t have money for necessities. This being said, you’ll also learn what’s a priority and what you can live without. That $400 designer Gucci bag? Yeah, you probably don’t need that.

A lot of people may think you’re just running away from getting a job or that if you take one abroad it won’t pay as well. But chances are if you’re getting paid less in a different country—the standard of living there is also a lot less. Especially for most English teaching opportunities, people are paid more than enough to be making ends meet. In fact, most people make enough to save and bring home money at the end or to spend traveling with on the side. And even if you’re not exactly “making bank” at least you’re gaining experiences or opportunities while making something. That’s a whole lot better than sitting on your parent’s couch for days on end waiting for that phone call.

9. You’ll Figure out what you Want out of Life

Going abroad will open your eyes to new cultures, lifestyles and maybe even new opportunities or potential careers. How can you find your place in the world and know exactly what you want to do in life without seeing the possibilities first? It’s better to experiment while you’re young rather than to realize your true calling once it’s too late. Suddenly things that never seemed that important before might start taking a higher priority.

10. Your Resume Will Thank You

Traveling will buff up your resume with all the interesting experiences you’ll have. Employers really do prefer hiring people who have spent time abroad; it shows you’re ambitious, resourceful and responsible. Plus, skills you learned abroad such as learning a new language or interacting with people from a different cultural background will come in handy. Between your resume and a person who hasn’t traveled, you’ll win.

You’ll also continue to get perks once you land that awesome career. Seeing as majority of American’s don’t travel abroad (only around 30% even hold a valid passport) if the company ever needs someone to travel on business, there’s a good chance you’ll get the gig. Need to close a deal with [insert country here]? Guess who’s traveled there before… This guy.

So there you have it, now go book your ticket and leave. You can thank me later.

Keep up with Beth on besudesuabroad.com