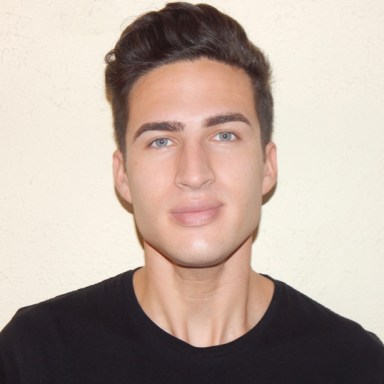 Imagine a guy who tries to understand you, one who doesn’t let you go to sleep without him letting you know how much you mean, and one who goes out of his way to keep your life entertaining.

Does this type of man exist?

When a man wants to be with you, he will make it happen… end of story.

If you want something so badly, will you make it happen? I’d guess so, and we men are the same way. Below are a few ways you’ll know the man you’re dating is truly into you:

1. If he does not hesitate when someone asks him if he has a girlfriend or is dating anyone, then you have someone worth keeping around. You don’t want someone who hesitates because it shows lack of commitment on their end. You want someone who will instantly say ‘Yes, this is my girlfriend!’

2. If he texts and calls you at random times throughout the day to check in and see how things are going, then he’s a keeper. Ladies, it doesn’t take much for us men to text you ‘Hope you have a great day. See you soon!’ This takes less than 10 seconds out of our day, so don’t let the man you’re dating tell you he doesn’t have time to text you.

3. If he brings you around his family, and introduces you as his girlfriend, then he’s a keeper. While this can be tough for a lot of guys, it’s important. It shows commitment, so you can rest assured the guy you’re dating has thought about this thoroughly.

4. If he believes in everything you do, he’s a keeper. I’ve seen too many people date even though they don’t believe in everything the other person is doing. If the guy your dating takes the time to get to know about your dreams and desires and pushes you to achieve them, keep him around.

5. If your guy asks you how you’re doing, pauses, waits to listen, and doesn’t interrupt you, he’s a keeper. As a guy, it can be tough to listen and not try to fix things. I’ve dated girls where they tell me something and I automatically want to fix it. Yet, all I’ve done is not truly listen to them.

Ladies, don’t give up on your search for this type of man. He’s out there, but you may have to experience a few assholes prior to getting to him. You’ll eventually find the right guy, just keep dating, put yourself out there, and eventually you’ll find a guy who’s truly into you.