Skip to content
Sponsored Content
Report This Article
What is the issue?
Imagine you and two of your closest friends wrote anonymous letters to each other about what could be improved in their lives. Better yet, imagine receiving that letter and realizing you may not be as put together as you thought you were. Inspired by Freeform’s newest reality series, The Letter, premiering October 11th, I was given an anonymous letter from one of my closest friends. I was told things I needed to work on, along with action items to help me get there. I had one week to achieve these things and reflect on what it all meant. Here’s what happened. 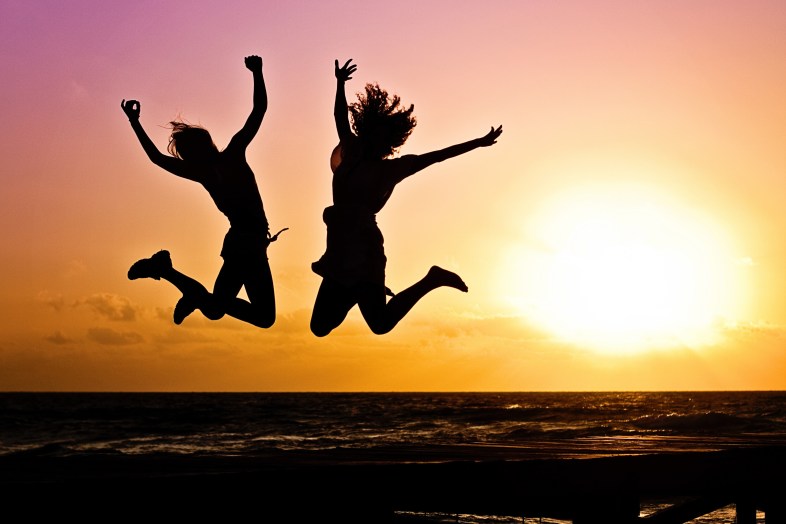 That’s the first emotion that came bubbling up when I read over an anonymous letter from one of my closest friends citing my various flaws and ways to improve myself.

In honor of Freeform’s The Letter, I decided I’d take the (somewhat frightening) challenge of finding out what my friends really thought of me.

And yep, to say I was annoyed would be an understatement.

I immediately knew what was written about me was indeed true. I was participating in this project with my two friends, Lauren and Kendra, who are privy to so many of my vulnerabilities. I love them both so much and had the sickening feeling that whatever was written was completely factual. That’s a hard pill to swallow. And that feeling quickly lead to frustration because I didn’t have the chance to wave my arms in the air and defend myself. “Hey! That’s not true! Okay, well, that ONE part is, but the other stuff…just let me explain!”

The ego is a funny thing. It’s uncomfortable being critiqued, especially when it comes from someone we love and trust. We’re quick to go on the defense. Nobody wants to face the reality that all those things we’re insecure about, yep, other people see them too.

Despite my love of the spotlight, I’ve always been an introverted person. I can’t help it. I carve out so much solo time, some see it as an attempt to push others away. That’s not what it is. I don’t ever purposefully try to distance myself. My energy just gets depleted quickly. I need to recharge.

In my letter, I was told this is what needed addressing. Not necessarily my being an introvert, but my “ghosting” tendencies. They hurt people. I know they do. I know that when I don’t respond to a text message for a few days because I’m held up in my own little cave of solitude it’s got to be hard to deal with. I’ll cancel plans to stay in and cuddle up to Netflix. That’s not cool of me, and I know that.

So, for a week, I was challenged to step outside my comfort zone. I had to text people back. I had to go through with things I said. I was supposed to engage, talk to people, allow others into my world for a little bit.

After my initial annoyance passed, I saw what a great opportunity this was going to be. Whenever I felt my energy shift inwards, I tried something new. I always work from home. It’s my safe place. I can go a few days without even interacting with people in real life, which might not be the best thing for my mental health. I decided to branch out a bit. I took a walk down street from my house and set up shop at a coffee shop. Just being around other people made me feel like I was being more social. And towards the end of my work day, the guy next to me said hello and we struck up a short conversation. Bonus, he was insanely cute. Maybe this was a great idea…

On my third day, a friend I hadn’t seen in a few months reached out and invited me out. Normally, my first instinct would be to make up an excuse as to why I was busy, put on sweatpants, and watch Buffy The Vampire Slayer for the 16247863274th time. But my letter was telling me otherwise.

I put on pants (wow!), did my hair (again, wow!), and met up with my friend at a bar 15 minutes away. We ended up having so much fun. I felt myself becoming more and more comfortable as time passed. It’s not something I would do every night, but there was something very refreshing about being out and about and living my life in real time. I wasn’t just binging a show I’ve seen numerous times. I was out making memories and strengthening bonds.

I know this won’t magically make me a different person. I’ll still have my days when I want to be alone. I’m still an introvert that isn’t always easy to get a hold of.

But I get why my friends wanted me to do this. I get why the letter was written. And I know my friend Kendra especially gets hurt when I become withdrawn. We might not talk about it often, but this letter was a reminder that even when I think I’m doing something in my best interest, it might be upsetting to others around me. The letter wasn’t out of spite or malice, or anything my ego first told me to think it was. It was out of love. Because friends want you to be as happy and fulfilled as possible. And sometimes you need that kind of reminder. You need a friend to point you in the right direction.

I’m looking forward to watching The Letter to see how other groups of friends react to this challenge. It won’t always be easy and I’m sure there will be some tears along the way, but if they can go into it with an open mind and heart, it may end up being one of the most rewarding experiences they’ll ever have.