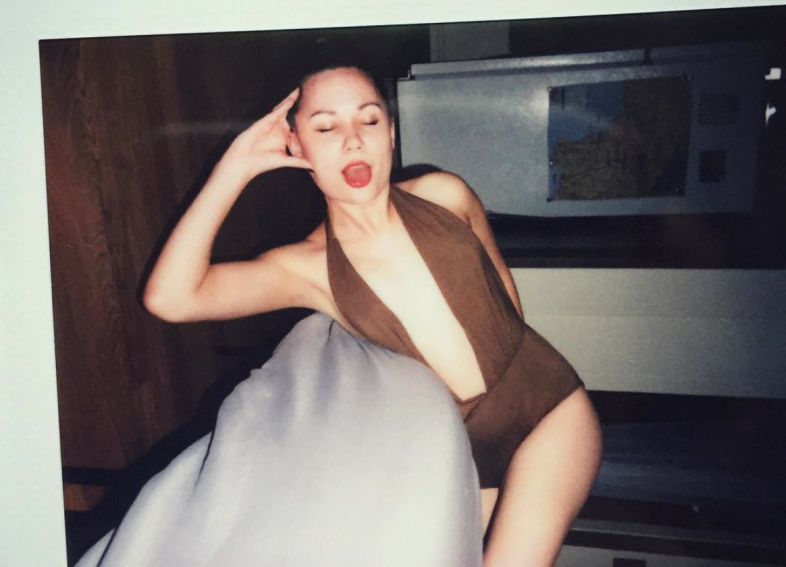 When you give yourself permission to be exactly who you are, it’s amazing how quickly the right people find you. We’ve all had those moments when it felt like we had to play some character — a version of ourselves that seemed more acceptable. And damn, that shit is exhausting after a while. But as soon as you start letting your freak flag fly, you begin attracting those who actually appreciate it. And nothing beats that.

2. You figure out what really matters.

We’re not going to be on this planet forever, so better to figure out the stuff that makes you happy, confident, comfortable while you’re still here.

3. You learn how to embrace your flaws.

Everyone has some varying level of insecurity. It could be rooted in truth (a bad habit, something others would agree isn’t *the best*, etc.), or it could be totally irrational — something only you focus in on. For example, I spent YEARS hardcore hating my knees. I thought they looked like ugly, chubby men just hanging out, arguing across the way with one another. And seriously, of all things to be self conscious about, knees are kind of ridiculous. But the thing about accepting weirdness — the good AND the bad — means everything else seems manageable. I now proudly refer to my fugly knees as Frank and Larry, my buddies.

4. You live without regrets.

If you know you’ve been your authentic self all along, you can’t really play the What If game. Because otherwise, it would just be a “What If I Were Someone Else?” and Babe, you’re not. So don’t waste a single second thinking about it. Rock what you got.

5. You give yourself permission to look foolish.

Embarrassment can be such a buzz kill. So many of us feel consumed by the fear of what others are going to think and how we’re going to be received. While a level of awareness is good, being too obsessed with if/how we might embarrass ourselves can keep us from so many experiences. If you accept that, sometimes, you’re going to look and act a fool, it won’t seem quite as terrifying to put yourself out there.

In regard to the point above, if you reach a place of self-acceptance, you won’t be as susceptible to other’s influence. It’s an easy concept to say, much harder to actually put to work. But understanding that how someone views you doesn’t have to change how you view yourself can be life-changing.

Being yourself is always more fun. Always. ALWAYSSSSS.

I say “less” because we ALL get off on some outside validation. And if you’re sitting here and saying, “Nah, not me. I don’t care at ALL what people think!” you are lying to yourself. If someone pays you a genuine compliment, it’s going to feel good. Just is. But if you invest all your personal stock in that kind of thing, you will be on a terrible roller coaster.

9. You notice other people around you letting down their guards.

There’s something really beautiful that happens when you start being yourself and allowing the weird to show; other people do the same. It’s like because you’re saying it’s okay to embrace quirks, the rest of the world decides to follow. And that’s pretty f*cking awesome.

No, not just Nicholas Sparks bullshit. Not Instagram worthy candle-lit dinners and perfect stories to tell future grandchildren. Sometimes, it’s bizarre and messy, and nothing like you thought. But if you show someone your strangeness, and they dig it, that’s the kind of flame that keeps burning.