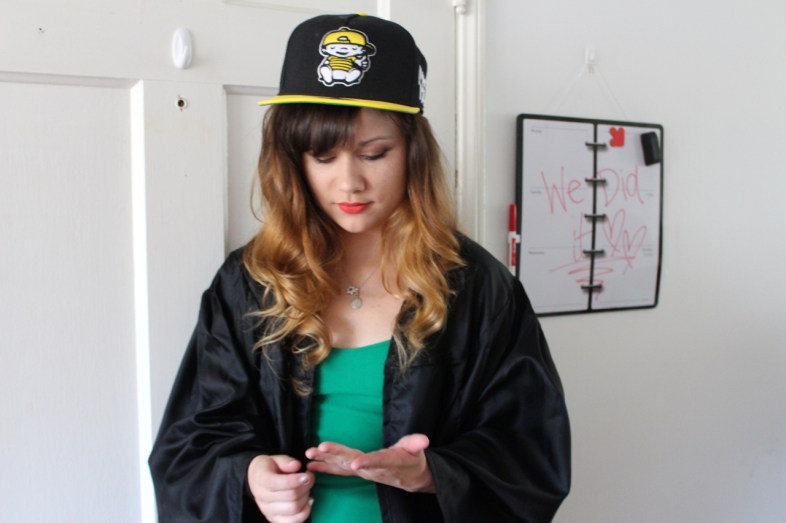 1. You always tested well in school, but would straight up forget to turn in assignments. And it’s not that you were actively trying to screw up, you just…never remembered. Your teachers were constantly frustrated with you. ALL THAT POTENTIAL!

2. As a result, your classmates were low-key shocked when you got into a good school.

3. You’re well aware touching fire is going to burn your fingers, but dammit, you’re a moth to that flame. (Read: you keep texting people who are T-R-O-U-B-L-E)

4. You fluctuate between really philosophical conversations to, equally important, questions like: “Do you think dogs talk to each other? Like, do they all speak the same language?”

5. Whenever you’re telling your friends a funny story, it always ends with them asking, “Wait why did you do that?” and you responding, “I don’t know, it sounded like a good idea at the time.”

6. You like to think of yourself as Chandler, but let’s admit it, you’re Joey in all his glory.

7. You repeat the same anecdote over and over. Not because you just love telling that story, but because you were 100% sure you’d never told it before.

8. You’re a problem solver! You’re always eager to fix any problem, no matter how complex the solution….that is, until you solve the problem and realize there was a wayyyy easier way to fix it that would have taken 10 minutes instead of an hour.

9. You lack some very easy, basic life skills…like using can openers. I CAN’T EVER OPEN CANS AND I DON’T UNDERSTAND HOW YOU ALL CAN DO IT! Help.

10. On the flip side, you’re able to do certain activities with ease and finesse that others marvel at.

11. …But you still have trouble opening that GOD DAMN CAN.

12. In certain social circles, you’re known as the fascinating intellectual. And others (usually those who know you a bit more intimately) would refer to you as “the ridiculous mess we still, somehow, love.”

13. You start an alarming amount of sentences with, “Okay, this might sound stupid, but hear me out…”

14. You can be eloquent in writing, but open your mouth to say something and it sounds like gibberish from Animal in The Muppets.

15. You’re fairly in touch with your emotions, needs, and spend a lot of time doing the important work of self-reflection. But just because you KNOW what’s good for you, doesn’t mean you’ll act on it.

16. You mix up names, definitions, words CONSTANTLY. But you figure someone will understand what you’re saying. Eventually.

17. One time, you stuck artichoke leaves down the garbage disposal and – WOW CRAZY – clogged it. (FINE, this was just me, but I need to speak my truth. Let me live my life, okay???)

When You’re The Woman Who Trusts Too Much