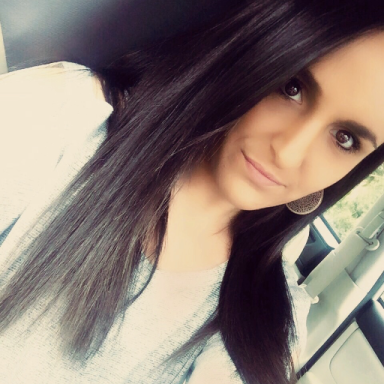 As an Aries, you’re a professional at suppressing your emotions. And, although you’re so great at hiding them, that doesn’t mean they aren’t still there. In order to grow into the person you’re meant to be you need to let those emotions out. And once you do, you’ll realize how liberating it can be. And you’ll finally realize that it’s okay to have feelings-whether those feelings be good or bad. It’s what makes you human.

As a Taurus, you will not accept defeat as an answer. You hate when people pinpoint your weaknesses. And that’s because you don’t really know how to take criticism in a constructive way. To you, it’s your way or the highway. And in order to grow into the person you’re meant to be you must let go of that mentality. You will never achieve a happy and successful life if you can’t take criticism and embrace failure.

As a Gemini, you need control. All of your life has been planned out perfectly, and if something goes unplanned you have a tendency to completely freak out. A sign that you’re growing into the person you’re meant to be is giving up the desire to control every little thing. And accept that you’re never going to be able to control every aspect of your life. But what you can control is what you choose to do with it all.

For Cancers, you find yourself always living in the past. You have a difficult time letting things go. Even when those things aren’t meant for you anymore. You cling onto mistakes you made in the past and allow them to eat you alive. In order to grow into the person you’re meant to be you must learn how to let go. Let go of people that hurt you. Let go of a mistake you made that you can’t stop thinking about. Let go of everything and anything that does not deserve a spot in your future.

As a Leo you are a dreamer. You have a difficult time facing reality. And while you were off living in your own little world, life happened. You woke up and realized that your life cannot and will not ever be perfect. And until you realize that, you won’t get anything you want from this life. In order to grow into the person you’re meant to be you have to not only face reality, but embrace it.

For you as a Virgo, you are very emotional, and it can be hard for you to show your weaknesses. The first step to becoming the person you’re supposed to be is learning how to ask for help when you feel anxious or depressed. You can’t just ignore it or push it away, you need to understand that it’s okay not to be okay and people can help you deal with your emotions.

As a Libra, your stubbornness is something you just can’t seem to quit. You often find yourself using blame and defensiveness to get out of a situation. You have a tough time owning up to your mistakes. But, in order to grow into the person you’re meant to be you need to learn how to own up to them. Stop blaming the world for your problems. And know that no matter how many mistakes you make, as long as you learn from them, it’s okay to make them.

As a scorpio, you have a hard time loving the person you truly are. You always find yourself feeling jealous of everyone around you and you wonder why you can’t be like they are. A huge sign you’re becoming the person you’re supposed to be is gradually learning how to love yourself for everything you are. Once you stop comparing yourself to everyone else, you will see how amazing you really are.

As a Sagittarius, you have a difficult time differentiating genuine from fabricated. You have a habit of allowing the wrong people to take up space in your life. And you don’t see how toxic that can be. A sign that you’re growing into the person you’re meant to be is learning who and what you should invest your time and energy into. And knowing that being in your own company, is always going to be better than bad company.

As a Capricorn, you tend to have a negative outlook in life. You always feel like the worst case scenario will always happen and you have no control over it. A sign that you’re growing into the person you’re meant to be is by changing your thoughts. You need to embrace optimism and stop expecting the worst. Once you learn how to control your mind you’ll slowly become the person you’re meant to be. And that person is actually pretty freaking awesome.

As an Aquarius, you hate feeling alone. You want to know that somebody is there for you at all times of the day. In order for you to grow into the person you’re meant to be you need to start enjoying time spent by yourself. You don’t always have to be surrounded by others in order to have a good time and feel fulfilled. You can do those things on your own, even if it feels like you can’t.

As a Pisces, you struggle with feelings of self -doubt. You’re constantly looking down on your accomplishments as if they aren’t good enough. The sign you’re growing into the person you’re meant to be is by finally appreciating the place you’re at right now. You know you are destined to achieve wonderful things, and you will. But, once you start appreciating the place you’re at now, you’ll be able to go even greater places.

Heartbreak Grows You In Ways You Never Imagined