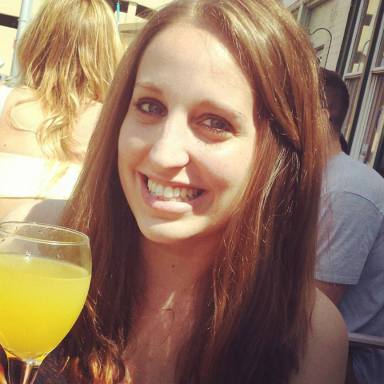 There is no “right” or “wrong” way to feel about Valentine’s Day. If you and your significant other just can’t agree on how to celebrate Valentine’s Day, here are some alternative ideas to try out:

1. You Know That Random Thing You’ve Been Dying To Do Together? Go Do It.

You don’t have to book fancy dinner reservations and destroy your bank account just because Valentine’s Day.

Instead, think of that one thing you’ve been anxious to do for a while. Maybe you’ve been talking about taking a dance class together, but never got around to it. Maybe you’ve wanted to check out a local vineyard or brewery for a tasting.

Or, if you’re extra competitive, maybe you’ve wanted to destroy each other in a game of paintball. Stop procrastinating! Use Valentine’s Day as an excuse to do something new, even if it’s not considered “romantic.”

2. Learn Something New About Each Other.

You probably think you know every last detail about your significant other, but odds are, you probably don’t. (And that’s okay.) How about staying in this Valentine’s Day, saving a little money, and having a meaningful conversation with your partner?

This may sound cheesy, but here me out: Search for a list of “date night questions” to ask each other. You’ll find a ton on Google or Pinterest, and be sure to pick a list that requires you to be especially honest with each other. You’ll cover topics from your relationship, to your childhood, to your biggest fears.

So, crack open a bottle of wine, cuddle up on the couch, and see where the questions lead (Personally, I tried this out with my boyfriend at the bar one night, and it actually went pretty well, just FYI.)

This is even better for newer couples who are still in the “test phase” of a relationship. Just be prepared to learn a lot about each other.

3. Recreate A Past Date.

If you’re stuck on finding something fresh this Valentine’s Day, how about recreating a moment that led to the two of you falling in love?

Re-watch the first movie you ever saw together, grab a beer at that little hole-in-the-wall bar you found during a night out, or go see a comedy show at the same place you went to on your anniversary last year.

Or, if your first date was over a game of beer pong (like mine), throw yourselves a little house party, just the two of you.

Everyone loves a little nostalgia, right? Who knows, it may even rekindle those “just started dating” feelings. (You know, when you still showered every day and made out with each other in public.)

4. Make It About Your Friends Instead.

If you’d rather skip the whole romance thing, then how about calling up some friends?

Plan for each of you to spend time with some close pals that might need a little company. Your single girlfriends could probably use a night out, and there’s no doubt the guys would be up for a trip to the bar.

To some, Valentine’s Day carries a lot of mixed emotions, and the most selfless gesture as a friend is to make sure they don’t spend it alone.

Here’s an idea: Drive an hour outside of your city, find a hotel, and map out new places to explore.

You really don’t need to leave the state (or the country) to experience romance. It’s incredible what you’ll find so close to home!

As simple as it may be, getting out of the house, taking a drive, checking out new bars, and vegging out on hotel room service is always a good time.

6. If All Else Fails, Netflix.

Ah, the “Netflix and chill” for long-term couples: Where it literally means to watch Netflix and chill. (And by “chill,” I mean sit on the couch.) If you’re just not feeling up for anything this Valentine’s Day, then screw it: grab a 12-pack, order a pizza and binge watch Parks and Recreation for the third time.

Being completely lazy together on a day dedicated to being the total opposite is irony (and love) at its finest. (And who knows, maybe the “chill” part won’t end up being so chill, if you catch my drift.)

At the end of the day, all that matters is finding a middle ground that works for both of you.

Compromising on Valentine’s Day can be tough, but hey, that’s part of being in a relationship, right?

How To Break The Cycle Of Dating Flaky Men