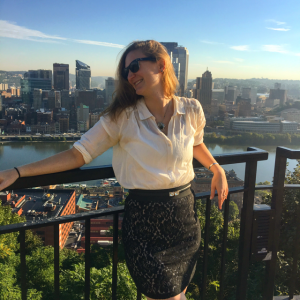 1. Focus is everything. In yoga, the drishti is your visual point of focus while you hold a pose, and I’ve learned it’s vital. Some of the simplest yoga poses can completely fall apart without a drishti. I’ve lost count of the number of times I’ve been contently chilling in tree pose, only to let my eyes stray and ungracefully lose my balance. And it goes the other way, as well. The most difficult poses are next to impossible with a good focusing point. Good luck trying to hold feathered peacock pose without locking your eyes on something. It works the same way in life; without something to focus you, you’re bound to fall.

2. The places you’re happiest can start off as the ones you hate. When I started doing yoga, I hated downward dog. Loathed it. Wished it would burn up in fiery hellfires. I was rarely more miserable than when I was in that pose, one of the most central and basic of ashtanga yoga. It’s supposed to be a resting pose…for me, there was nothing restful about it. My “happy yoga poses” basically consisted of child’s pose…and that’s it. Now downward dog – along with dancer’s pose, half-moon pose, and plough pose, all of which I started off hating – is a place of content. Pushing back into downward dog is now accompanied by a happy sigh. Even if we originally hate a place, eventually we can learn to love it.

3. Sometimes you need to stop, step back, and start again. Once you lose the integrity of a pose in yoga, it’s difficult to recover your balance and slide back into proper form. The only thing to do to get the pose is back is give up and start again. Otherwise you just keep struggling to half-ass it, rather than accepting failure and trying to do better next time. Stopping and restarting doesn’t mean you’ve failed; it just means you recognize that you can do better when starting from scratch.

4. Turning up the heat brings out your best. Bikram yoga is brutal. Sliding around in your own sweat while trying to maintain dolphin pose in temperatures of around 105 degrees is no picnic. As the temperature rises, though, so does your flexibility. Your muscles loosen up and you’re able to maintain poses that are otherwise extremely difficult or painful. When the circumstances are toughest, your best finally shows through.

5. Your surroundings shouldn’t change your habits. I travel a fair bit, and hauling around a yoga mat isn’t exactly practical, so I invested in a pair of those goofy-looking yoga “paws.” They’re basically wearable yoga mat gloves and shoes, and while I may look a tad eccentric (If I had a quarter for every weird look I’ve gotten, they’d have paid for themselves five times over), they allow me to keep up with my yoga, regardless if I’m in an airport or hotel room. In fact, I often need yoga most when I’m not at home, because it calms and centers me. Just because your location changes doesn’t mean that your core habits should as well.

6. Tiny changes add up. The first time I tried sugar cane pose, I thought my hip was going to dislocate itself. But every day, the pain receded just a tiny bit, though I barely noticed at the time. Now it barely even causes a twinge. The smallest of changes, even if you aren’t fully aware of them, can eventually produce the most satisfying results.

7. Being forced to do something makes you automatically hate it. My first yoga class was taken for my gym credit in college. I was convinced that it would be an awesome refreshing way to start my morning, that I’d get toned and lithe quickly, and that it would be a piece of cake. Wrong. I dreaded going to every class. It was probably one of my most demanding classes, despite the fact that it was “only” yoga. But once I graduated, I took up yoga for myself. I didn’t enroll in any classes, but instead just decided to start practicing on my living room floor. And surprise, I loved it! That was over fifteen months ago, and I’m still in love with it. Doing something for yourself, rather than because it’s required or expected of you, can make all the difference for your happiness.

Alex is a self-proclaimed grammar Nazi who currently lives in Aomori, Japan, where her time is primarily filled by ... Read more articles from Alex on Thought Catalog.

This Is How Yoga Saved My Sex Life

10 Ways Your Life Will Change From A Year Of Yoga

It’s Not Just ‘Willpower’: How The ‘Yoga With Adriene’ YouTube Channel Helped Me Start Doing Yoga Every Day

How To Be The Worst Person At Yoga Camp