Every once in a while you come across a Craigslist ad that is so beautiful, it kind of makes you tear up. Like this ad for a 1999 Toyota Corolla, which Twitter user Brendan Tokarski‏  found on Houston’s Craigslist page. Let’s just say who ever thought this up is actually a genius, and I can’t get over it. 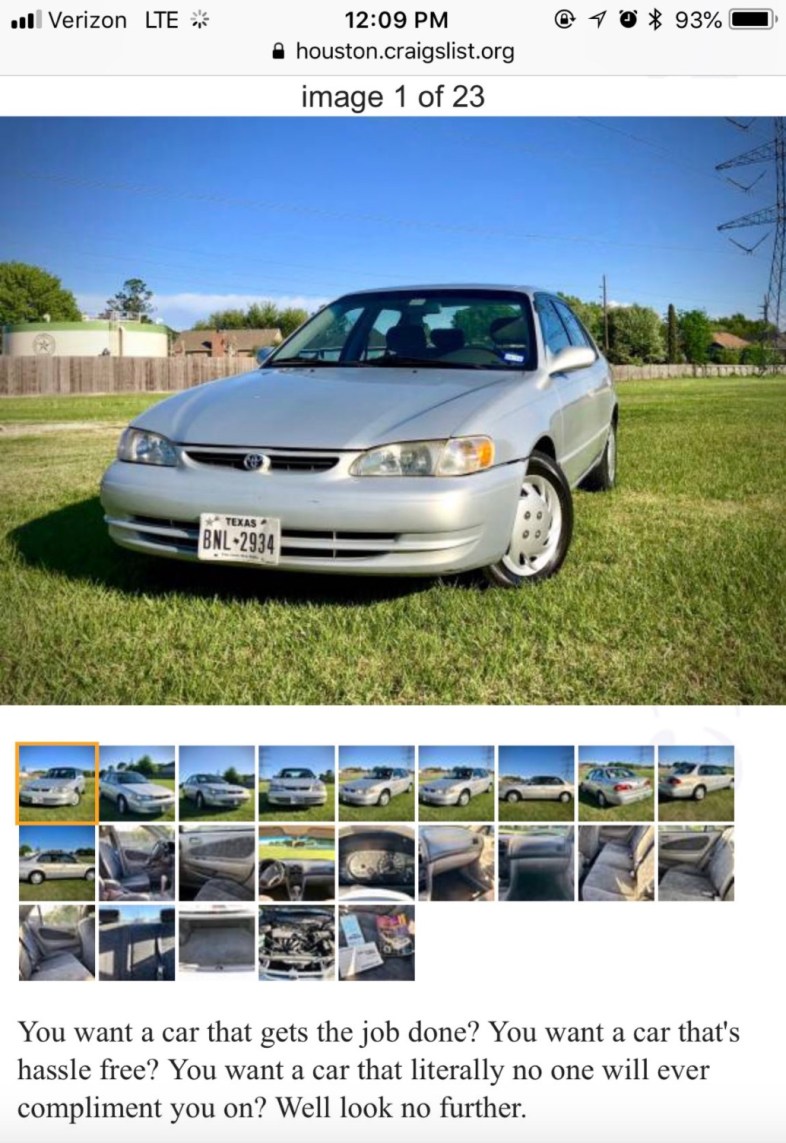 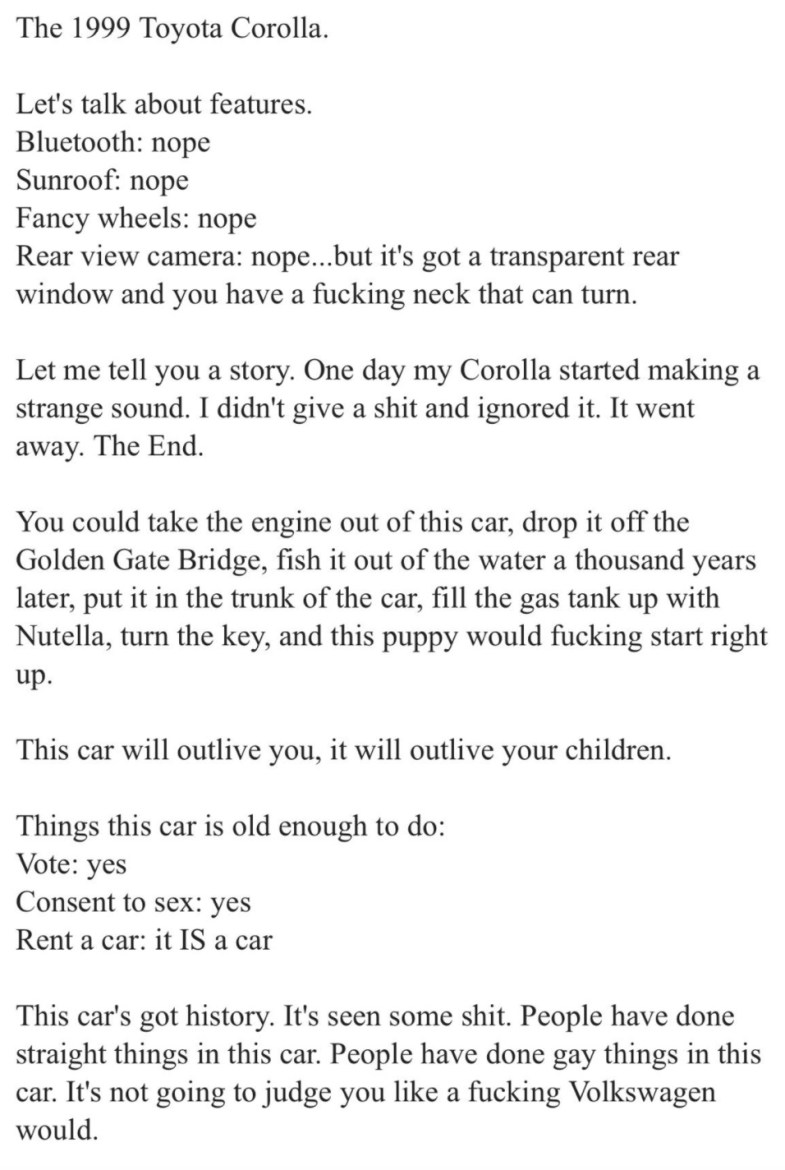 When I ran the CarFax for this car, I got back a single piece of paper that said, “It’s a Corolla. It’s fine.” pic.twitter.com/jQC7Uxw7hn

And hey, looking at some of the rave reviews online, it looks like the car is actually worth it!

People may laugh but it's very true. The 1999 Toyota Corolla was a mistake by the manufacturer because they forgot to add the time obsolescence feature. No matter what you do to this car, it cannot die. In fact, if you get into an accident at 90mph, you will die but the car won't

I had a 2000 Toyota Corolla and it rode like A Dream! 😀 $20 worth of gas would get you from Houston to Dallas – and you'd have change left over for snacks. I put gas in so rarely, I'd forget what side the gas cap was on. I drove it from TX to NY snow & back without a care! 💯

But let’s be real — if I’m buying the car, it’s definitely because of that Craigslist ad.

15 Hilarious Knockoff Halloween Costumes That Are So Bad, They’re Good

Here’s What People Are Saying About ‘Queer Eye’ Season 2