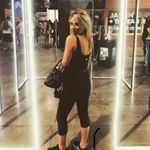 Sequel: a) subsequent development b) the next installment

I wrote an article 4 years ago that was published on this site, it’s ever so classy name, “It’s Time to Free Yourself From Fuckboys.” I was 23. I am 27 now.

Everyone has that fiery temptation to revisit a story that’s already been told.

How many times have you picked up a movie sequel or tried to watch a spin-off TV show? How often was it better than the first one?

Four years after my first article, I can tell you (the reader) that part twos in romantic relationships are rarely very good, despite our eagerness to believe otherwise.

Both attraction and fate permitted a second rendezvous with my very first fuckboy.

Around six months ago, I saw said fuckboy on another nonsense dating app. We had met in person for the first time four years ago, I could never forget. My fingers twitched as I took in his profile, unknowingly determining the development of a fuckboy sequel. I was inclined to swipe left, but this is LA and we were bound to cosmically connect again.

Fuck it, I swiped right. This is the story of a fool.

I’m bad at dating casually is anyone “good” at casually being in love with someone? Because I’m not. Also, what does that mean exactly? Is there a rule book I can buy on Amazon?

This relationship went on for 6 months, the first three months are what I would consider by definition casual. We wouldn’t talk every day, we’d go out on formal dates and only reach out to each other with the intention of hanging out. Moreover, we definitely didn’t discuss any personal life bullshit.

Finally, by month three, I had hit a breaking point. I needed change. Much older now than the ripe age of 23, I was over being in limbo.

It didn’t feel casual when he kissed me on the forehead or told me “he felt like he’d know nme his whole life.” Is it crazy to think that these actions aren’t casual? How about business formal?

There was so much  s p a c e  in between us seeing each other. Weeks would go by which felt like eternities of longing. I understand a job or a tough schedule, but weeks?

No matter how busy a day may be, a person will always find time for you if they want to be there. If the investment of time isn’t made, they aren’t worth it. No best friend or sister or Cosmo article is going to tell you the cold hard truth.

Here is it folks: If they don’t give you the time, they don’t like you.

My birthday had come and gone, he wasn’t there. The holidays were well underway and I had yet to hear from him again. Sound like a sequel yet? At this point, we had only slept together one time and gone out formally on a handful of other dates. There was so much history between us, our story evolving, a sequel unfolding.

Is this still casual? Should we hold hands yet?

At the climax of our relationship, I stated my feelings. Clear communication is so important in relationships of all types. He began to show signs of change, of healthy communication, of text messages in the morning and a phone calls at night. He was almost 30. This felt real, it was real. He was showing me what his version of commitment looked like. I believed in us.

Mark Manson, one of my favorite authors wrote an article about dating called, “Fuck Yes or No.” It discussed the theory that people are either “fuck yes” about someone or they are not. It’s that simple.

I was “fuck yes” on this fuckboy 4 years later, he was not. This is my fuckboy sequel.

Age and time allowed me the ability to communicate. I told him what I needed. I voiced my thirst for affirmation. I craved his familiar touch and that smile etched so perfectly in my mind’s memories. I loved his dorky jokes, dad bod and ability to say nothing to me but say everything at the same time. I yearned for the smell of his thick brown hair in my nose and to peer deeply into those big blue eyes again.

I still miss you, fuckboy. The prelude of my pain and disappointment wasn’t just felt once.

I didn’t care that he didn’t make that much money, or that his job wasn’t great, or that the hours were long. He traveled, I got a new job, a new apartment, a new life. All of which, conveniently was located, practically in his backyard, unconsciously. The universe though, its fucking weird guys.

We talked every day. We spoke on the phone, I never really pursued communication, I never felt safe. What were we? He kept saying casual but then why the constant contact?

It turned ugly. We no longer talked, we argued. He seemed to get off on it. I think he enjoyed the power of seeing a powerful woman like me weak. His ego inflated by my willingness to succumb to his every need.  I wanted commitment and monogamy. These weren’t unreasonable asks over time. I know life is a marathon but shit, he should have been spiriting.

I don’t feel sad or pathetic or down about his lack of effort.  I know I’m beautiful. I know I don’t need him and someone will provide me with the energy and time I need, but why leave me on emotionally read every day fuckboy? Why hurt me so? This is the story of many.

Moral: sequels are a new story but not the promise of a new start.

People don’t change. If someone exhibits bad behavior the first time, the likelihood they will do it again, is irrefutable.

Often, we tell ourselves that we are the exception, or the connection is so strong or things can change over time. That there is this ability to sway fuckboys, to persuade them that we are enough. I vocalized this in my last article but must do so again.

Fuckboys don’t give us the time and energy we deserve. The time that is necessary to build trust. This same trust breaks selfishness and allows love to form, mature and ripen.

The fuckboy sequel; same story, save yourself the time.

Previously been featured on Thought Catalog