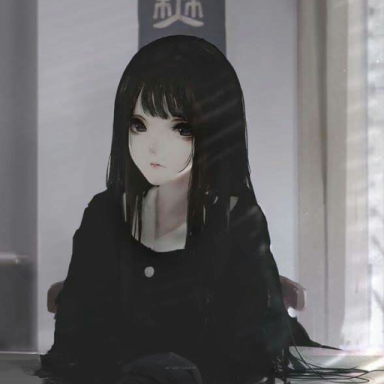 I was listening to I Am Not A Robot by Marina and the Diamonds the other day, and it got me thinking about the metaphorical masks that we wear to hide our emotional scars left by circumstance and experience. Our feelings and emotions have been largely ignored, and we are too afraid to bring them to light, especially since there has been an emphasis on wearing these ‘masks’ during the last two decades. Thanks to social media and how western society currently operates, we now live in a somewhat narcissistic society. But it is not our fault that we possess these traits of narcissism. The subtle conditioning from social media platforms and our reliance on the rise in technology has slowly altered people’s way of thinking and the way we behave. The focus has moved from ‘us’ to the individual. The conditioning of comparison, competition, fear, and a desire to be adored and liked has been ingrained into our brains. From a Darwinian perspective, our primitive brain would understand that this is a possible survival tactic, so conforming to this new set of behavioral rules will establish one’s survival and evolution.

The idea that people must live a life where they only want to attract ‘positive vibes only’ has been another thing that has been gaining a lot of attention. Many people have adopted this into their philosophy, believing that it is a real achievement and one that must be sustained. Again, you are not a robot. The mere thought of anything contradicting this must mean that there is something wrong with you. There isn’t. Like yin and yang, the human mind works in duality with each other. If there is day, and there is night. If it is good, there is evil. If there are positive feelings, there are negative feelings. The norm nowadays is to reject the negative feelings we all naturally possess and to focus on positivity. Where this can be ideal in certain situations for a limited time period, it is not the solution. It is actually a form of escapism. Negative feelings are portrayed with such dismay that it is only natural that people feel uncomfortable with feeling and expressing their true feelings. It contradicts this perfect illusion of what is accepted in our narcissistic society.

There have been many times where I wished that I was a robot because I felt guilty for feeling my feelings and expressing them. The lack of validation is very damaging to one’s self-esteem, self-worth, and even a sense of self. There have been times where I have asked myself, What’s wrong with me? I SHOULDN’T feel this way—‘shouldn’t’ being the operative word. Use of verbs such as ‘should’ and ‘shouldn’t’ are often used whenever someone feels torn between a desire to feel their emotions and express them and what the societal expectations are. Any breach away from it and you’re considered abnormal and undesirable. Also, since you are a byproduct of your environment, it is worse if you don’t feel emotionally safe with where you’re at. So, we act like robots, forcing ourselves to bury our emotions for the sake of vanity, popularity, and even survival.

But you don’t have to live a robotic life of forced smiles and selfies. Being mindful of our conditioning, and how it affects the way we think and behave is the first step. It is also helpful to know that societal rules are merely social constructs that adapt and change throughout time and history. They are not set in stone. And knowing that it’s healthy to accept that you have these emotions that surface every now and then, instead of burying them, will help. Because guess what? You’re not a robot.

We are spiritual beings having a human experience Follow Zara on Instagram or read more articles from Zara on Thought Catalog.

Sex Robots and The Future of F…ing

4 Steps To Break The Habit Of Negative Thinking

The Generation That Loves Itself Too Much

Dear Simon Sinek, This Is WHY Millennials Are Unfulfilled, By A Millennial

8 Ways We Kill Our Creativity (Without Even Realizing It)