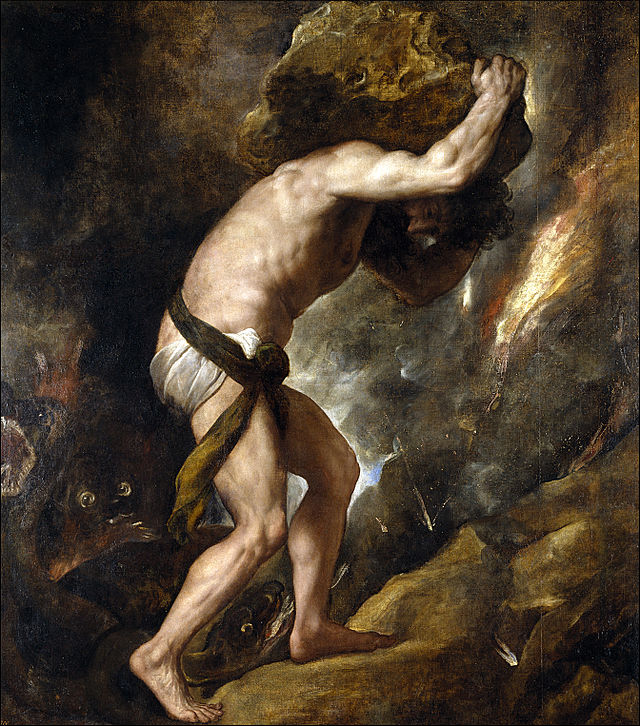 In order to receive a diagnosis of Major Depressive Disorder, 5 or more of the following symptoms must be present in a 2-week period, at least one of which must be either a) depressed mood or b) loss of interest or pleasure (anhedonia).

The symptoms may now be empirically known, that is, they’ve been studied through observation and experimentation, but what does this tell us about the ‘what’ and ‘who’ of depression? These questions require a different kind of gaze, one that lets depression show itself to us.

One area lacking in the DSM (Diagnostic and Statistical Manual of Mental Disorders) is a serious description of the symptoms. For help, we must turn to the arts even though many novelists themselves have described depression as indescribable. Here is an excerpt from one of David Foster Wallace’s first short stories published in 1984 when he was just 22 years old:

“Imagine feeling really sick to your stomach. Almost everyone has felt really sick to his or her stomach, so everyone knows what it’s like: it’s less than fun. OK. OK. But that feeling is localised: it’s more or less just your stomach. Imagine your whole body being sick like that: your feet, the big muscles in your legs, your collarbone, your head, your hair, everything, all just as sick as a fluey stomach. Then, if you can imagine that, please imagine it even more spread out and total. Imagine that every cell in your body, every single cell in your body is as sick as that nauseated stomach.”

Similarly, William Styron, a novelist wrote of his depression:

“Mysteriously and in ways that are totally remote from natural experience, the gray drizzle of horror induced by depression takes on the quality of physical pain.”

What is striking here is that both Wallace’s and Styron’s depression is taken outside of the space we call ‘head space.’ Depression is not only a fault-line in thinking, what we know as a brain function, but also a phenomenon that involves the entire body. Yes, even your hair. A psychiatrist may chalk up the descriptions offered by Wallace and Styron as psychosomatic, defined as: (of a physical illness or other condition) caused or aggravated by a mental factor such as internal conflict or stress. But pain is pain, regardless of whether it is coming at us from the mind or the body—one should not hold privilege over the other—which are not two separate entities but are of the same one: a cohesive lived-body, that is always already in a world, forming it, molding it, and engaging with it. Yet something happens in depression where the world and all of its superimposed meanings slip away.

He or she may be confronted with thoughts of death—which the DSM suggests—or even more terrorizing: confronted with life itself. The fear is then not of not dying, but of living, continuing on day-in-and-day-out, in a Sisyphean kind of horror, where the ball rolls back down the hill to the pit and upon awakening you must roll it back up just to watch it fall, again and again. Has the very first word of your day ever been: “Fuck?” That’s it.

Life, is, fucking, scary. But knowledge and power are intimate and with knowing comes power and with power comes control.

Where the DSM localizes, reduces, and conceptualizes depression with criteria, we will need to enter the ‘world’ of depression. Imagine a lifeless, mirage-filled, bone-dry desert.

Our worlds are filled with people. We are simply beings amidst other beings. So one may get asked during a psychiatric examination, “What about friends, your ‘support system?’ Anybody really important to you that you avoid or somehow feel alone even when in his or her presence?”

The depressed person will usually respond, “I am around people, good people, friends even, but I feel alone.” She is trapped in a cold crevasse, a mind that insulates her from others in the world, cut off from reality. She can’t get ‘near’ or close to those she wishes she could reach or ‘touch.’ Psychiatry would label this a ‘side-effect’ or a ‘symptom’ of being depressed. But is this feeling of alienation not the depression itself? The fact you cannot reach anyone? It’s this aloneness in the presence of others that cannot be communicated, which also makes depression all the more frustrating and painful. Its grammar, its language, is silence. The world then slips away. A world of masks with nothing behind them is what’s left. And it is this silent slipping away that is central to the experience of the malaise itself, not a mere symptom.

In one of Freud’s essays, Das Unheimlich, which translates to ‘The Uncanny,’ he speaks to this feeling—the uncanny—and notes that it, “undoubtedly belongs to all that is terrible—to all that arouses dread and creeping horror.”

The best way to convey this feeling in the 21st century is with the following scene: You are scrolling down your Facebook page. Listless, bored, mechanical. All of a sudden, you see a photo that you have been tagged in. You move your eyes closer to the screens-glow, examining the picture, looking for yourself in faces. All of a sudden: the uncanny. You see yourself from a different angle; you look to yourself, but as a stranger and you ask, “Who is that?” It’s you. Humiliation, stomach curdles, a heavy throat. You look away. Untag.

That is the 21st century uncanny. But Freud felt this feeling while (maybe coming down from a coke binge?) riding on a train at night. He was staring out a window across the aisle into the vast expanse of darkness ahead. When suddenly, a light hit the window at just the right angle where he saw a second-long reflection of himself. He got chills. He asked himself, “Who was that?” He concluded it was a stranger.

The Uncanny proper is the brief and sudden confrontation with yourself—who you think you know so intimately—as a stranger. It is the realization that you are doubly the closest and yet the most furthest from yourself. We think we live behind our faces, behind our eyeballs. Maybe we don’t. Do others know you better than you know yourself?

Think of depression as an extended, constant, and total experience of The Uncanny. You are placed inside a mind that does not feel right, inside a body that you don’t like, around people you thought you knew or once loved, but can’t, for the life of you, touch, or be near. It is not a coincidence that in German Unheimlich literally means “un-homely” or “not at home.”

The best philosophy to combat this creeping kind of dread we’ve come to diagnose as depression comes from French absurdist, Albert Camus. He wrote an entire essay dedicated to suicide where he used the Myth of Sisyphus as a metaphor to conclude that human life is no different than rolling a rock up a hill and watching it fall down, each-and-everyday. But he said in order to fall in love with life, to be “an absurd hero,” that one must fall in love with the struggle of life itself. At least the rock is your rock. At least the task, the struggle, is your struggle. That he says, is enough to keep us going.

The Truth About Taking Medication For Depression, Because It’s So Much More Than Just Swallowing A Pill