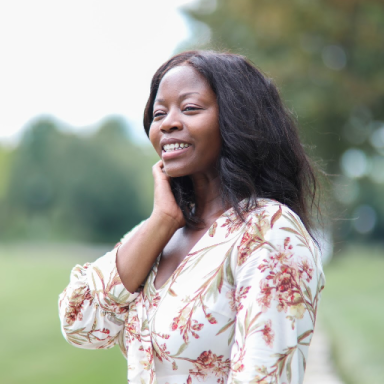 It’s disturbing. Unsettling. Flat-out gross — but it might just be America’s reality check.

Unless you’ve been hiding from 2020 under a rock in the middle of the Atlantic Ocean, you’ve probably seen #cancelNetflix trending everywhere and heard about Sundance Film Festival winner and French film, Cuties— and believe me, folks aren’t wrong to be upset by this movie.

When I saw the original poster that initially sparked outrage for the movie, I was extremely disgusted by the hyper-sexualization of these little girls. What baffled me was how, in this #MeToo movement, post- Jeffery Epstein/Harvey Weinstein world, how this movie ever made, let alone celebrated. Then, I was enraged to find that a Black woman (Maimouna Doucouré) made this film — Black girls already have to deal with adultification (yes, it’s a real thing) and human trafficking plagues our society. I was onboard with blindly boycotting and canceling Netflix, but instead, I watched it and it dawned on me: this movie is an undercover plea for a return to traditional family values in Western culture and it may be one of the most important films for parents to watch of 2020.

As cringey of a movie this was, what I discovered was a glimpse into the life of a young, forgotten girl whose life has been upended trying to find comfort, acceptance, and, ultimately, an escape from her life in a broken, damaged society. In fact, I realized that none of this should be “new” to me, or my millennial peers, as we’ve seen this before, guys. The difference is in “our day” it was 2003’s Thirteen. Or Degrassi: The Next Generation, when Manny Santos went “bad”. But if those don’t ring a bell, just log into Instagram, Twitter, TikTok, or Youtube on any given day and you’ll find the same thing…or worse.

At its core, the movie features the little-discussed trope: The “Little Girl Lost”. The story of an innocent, impressionable adolescent girl straddling the fence of adulthood, fascinated with this false sense of maturity or “freedom” that she doesn’t really understand in a society that simultaneously encourages hyper-sexual behavior in women, yet shames them for doing so (re: Madonna-Whore Dichotomy) and let’s not forget, Older millennials had the luxury of NOT having this extremely personal struggle broadcasted for all our classmates to see for eternity, thanks to the advent of social media. We didn’t have the threat of cyber-bullying and harassment. We weren’t under-parented AND overexposed.

There’s so much to unpack from this 90-minute exposé, as Doucouré shares the very real struggles our young girls are facing in a jarring way, but here a few themes this movie conveys.

1. The importance of a strong, involved family unit.

Throughout the film, I was asking myself, “where the hell are the parents!” Our protagonist, Amy, is an 11-year-old Senegalese Muslim girl living in a small apartment in France with her mom and little brother while her absentee, faceless father is back in Senegal about to take a second wife. This African household is very typical in that children are seen and not heard. She does quite a lot of work around the house to help mom and seems to be “mini-Mom” to her baby brother.

What was interesting to me was the common “absent parent” theme for ALL the children in this movie. You really don’t see parents “parenting”: For most of the movie, Amy’s mother is rarely seen interacting with the children, save to discipline the children; One character’s mother is briefly seen giving the girls snacks, totally unaware that the girls are using a laptop to message an older boy in a chatroom. Another one of the ‘Cuties’ has both parents in the home, however, she says her parents are “always working” at the family restaurant. In the case of Amy, her in-home adultification, paired with her mother’s “do as I say” attitude, and avoidance of the larger family issue is the perfect storm and Amy is easily drawn into the “free-spirited” allure of the Cuties by her neighbor, Angelica.

2. Just how impressionable/vulnerable our young people still are.

Throughout the movie, the main goal for the Cuties is to get fame/popularity by winning a local dance competition — because they’re children. What was interesting to me was how these girls were enabled to behave the way they were. The encouragement ranged from direct (a scantily clad Amy being told she looks good by an older boy) to indirect (the girls getting into the competition through a panel of judges or getting out of trouble with a creepy security guard by “dancing”). These moments scattered throughout the movie give way to one BIG controversial moment in the film, which brings us to number 3…

3. Showcases the intensified, desperate need to fit in.

A sense of belonging is one of our most basic human needs, and I can’t remember a time I wanted to fit in more than when I was in junior high. However, this generation feels this tenfold, courtesy of the advent of social media — a huge motivator throughout the movie for the Cuties. In one scene, Amy gets pantsed during a highly unnecessary fight and (of course) it’s shared on social media. Angelica laments about how “everyone is calling us kids” because of the (age-appropriate!) underwear Amy was wearing, which spur her to take and upload pictures of herself to social media. The next day, Amy is ostracized at school, stabs a kid with a pen, and kicked out of the Cuties because she “ruined their image.” It’s a lot.

I have to bring it back to the adults of the film — moreover, the lack of them over the course of the film. Let’s not forget, the girls had to audition in front of adults to get into the competition. Or that these girls were wearing inappropriate clothing in school. Oh, and that when Amy is watching the raunchy music video, she’s doing it under her headscarf during afternoon prayer NEXT TO HER MOM! Another interesting point is when Amy is (finally!) getting in trouble for her rebellious behavior, Mom says things like “who are you,” “you are not my daughter,” “I’ll kill you,” and “your father will blame it all on me,” because parenting a child is all about making sure you look good, not actually invest time to rear a good human.

Back in my day, all I had was MTV and BET Uncut. Today, there’s no shortage of ways your child can consume trash they’re too young for. Amy learns how to “dance” by continuously watching these videos on the internet. She watches these extremely “mature audiences only” type videos DURING PRAYER. Surrounded by adults, including her own mother. Then, Amy proceeds to share this with the other girls. In another scene, one of the girls finds a condom in the park and plays with it like a balloon. The other girls watch in disgust and share misinformation about condoms and who uses it. These kids have access to so much information, yet have no one taking the time to explain or provide context.6. You can’t just “pray” a child’s behavioral problems away

The most disturbing scene for me (and there’s a lot of those) was the “cleansing ritual” that takes place in response to Amy’s behavior. Holy water is thrown on her as she writhes around, doing the dance that she learned. It was confusing to me, as well as the mom and auntie, but I saw it as Amy’s way of “outing” herself and rebelling again— like “hey mom, this is what I do,” but mom thought she was possessed *insert shoulder shrugs*. When a spiritual elder comes to the home to “help the girl”, he calls out what the mother’s been ignoring: the girl is upset, acting out, and needs her mom. Mom just got subtly called out about dealing with her marital issues and managing her kids (eek! parenting amirite?)

FINAL TAKES: If I had to summarize ‘Cuties’ in six words or less, I would say, “what happens when Dad leaves home,” or “what happens when screens raise children, ” both are very real issues in American culture. As a non-parent, an observer of the culture, and communications professional, I found it interesting that, in the midst of the outrage, no one was really addressing these points. This post isn’t to bash parents or defend a disturbing movie, I think it’s time that parents get involved and engaged in their children’s lives again. I’m pro-parenting and this film is a jarring reminder that “Big Daddy Government” isn’t meant to care or raise your child.

This movie is justifiably angering — as the director intended for it to be — but while you’re angry about this film, be sure to also be angry at things you’ve been letting slide for a while in your own life, too. Do you know what your child is listening to? What they’re watching on their iPads, laptops, and phones? Do you know their friends? I would encourage you to make sure your anger truly lies with the adults, or better yet, the lack thereof.

The Pieces Of Me