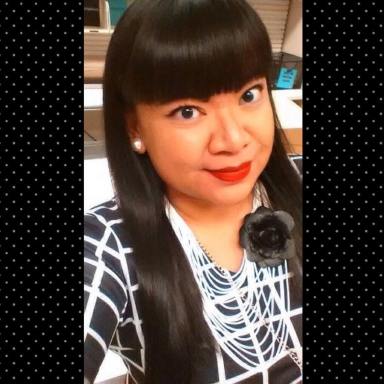 Falling in love with someone and being in a relationship is one of the best things that can ever happen to us. We spend time with someone we think is terrific and daydream about them when we’re not together. We laugh, play and have fun together. We share dreams, goals, aspirations, and we have someone to turn to when things go up in flames. We feel like this is the best time of your life and we finally understand what love is…Or maybe not?

If you’re feeling uneasy about the relationship you are in, then maybe you should ask yourself. Why are you in a relationship? Why are you committing yourself to this person? Maybe you’re in it simply because:

1. The sex is perfect

I can’t blame you. Finding the perfect bedmate can be tough. You have to have that certain chemistry. You have to be in the same page as to where your tastes lie. So when you finally find that someone who rocks your world, it’s really difficult to let him/her slip away. But let’s be fair, do you have chemistry outside the bedroom? Can you carry on a conversation that does not involve foreplay and pillow talk? If you have tried and there’s still nothing else you can enjoy together, then my friend, you’re just fooling yourself into thinking this booty-call is something more.

2. You want to make an ex jealous

Getting dumped by someone you’ve cared for must be one of the worst feelings there are. And one way or another we have wanted to get back at them for inflicting that pain. But using another person to hurt someone else is wrong. Not only are you being insensitive and deceptive; you, yourself are also inflicting pain to someone who may genuinely care about you.

3. You can have sex when you need it

Isn’t it the reason why sex toys were invented? Have sex whenever you want, however you want, in different shapes and speeds. There are more and more ways to find gratification merely by a press of a button; and more and more reasons why you shouldn’t use somebody just to satisfy your cravings. People are not toys to be used and discarded when you no longer need them.

4. You want to have kids soon or your clock is ticking

This reasoning plagues not just women but men too. There are people who have spent their 20s and 30s focusing on their career and/or studies, dedicating their youth to fun, or simply putting of life-changing decisions until they’ve come to the right time and state of mind. But sometime we realize we are in the right time to build a family, but only when it’s already too late. So some people resort to settling.

Like a game of musical chairs, once they hear the music stop, they just go with whoever the person they are at the moment. Doesn’t matter if they are in love with them at all, or if they are both on the same page when it comes to building a family. Is this the kind of family you would want to build, though? “Co-parent” with someone you barely tolerate, and raise kids who will never see the true definition of real love from their parents?

5. You need to validate your sexual orientation

Some people live lifestyles that don’t always fit the mold. Like some men do not come off as a sporty, ripped, muscle-car loving alpha-male; and some women don’t act and dress like the Duchess of Cambridge. For that some narrow-minded people would wonder if they play for the other team. To prove them wrong, they get into relationships blindly just to prove that they are not gay.

But in doing this, it just goes to show that you let other people dictate even your personal relationships. Your love life (or lack thereof) is none of other people’s business. Be happy of who you are, and instead of getting into a relationship to prove your sexual orientation, work on a way to stop yourself about giving a damn on what other people think, and loving who you are to the core.

6. You want to feel attractive

There are some occasions like Valentine’s Day and Christmas when being single stand out like a sore thumb. You feel like just about any other woman is getting flowers and chocolates on V-day, and your relatives who you see but once a year keep pressing on why you’re not seeing anyone, and, “What’s wrong with you?”. But getting into a relationship just to assert your attractiveness and “market value” will not make the issue go away. It instead will only destroy your self-esteem all the more so. You’re only showing that you’re valuable if and only if, you are a part of a couple.

7. You’ve been in a relationship with someone for too long it’s a waste to break off

Some couples who have been in a relationship far too long have gotten too comfortable to realize that they may have fallen out of love with their partner. They have been doing the same habits, the same routines, that they don’t realize that what they are fond of the normalcy, albeit the lull and lack of progress. What these couples don’t see, is that they’ve lost respect for each other. They don’t respect each other anymore to give them the love and freedom, and much rather hang on to each other merely for convenience.

8. You’ve been out of a relationship for too long

You feel like your gears are getting rusty and your pipes are getting squeaky and it’s time to get out and make a human Drano out of somebody. Fun stuff. There’s no harm in having amazing sex with someone, bang it out, and get your wheels turning again. But make sure you and your partner are on the same page. If you want to keep is casual, so should he/she. Don’t lead him/her on into thinking this is merely a part of a grander, more special bond when it isn’t.

9. You want to prove you’re capable of commitment

You’ve been playing the field for too long, that even your family and closest friends think that you’re incapable of commitment with any person other than yourself, and you want to prove them wrong. Of course, by getting into a relationship just for commitment’s sake is defeating the purpose. You should want to commit, not because you want to see how long you can hold your breath, but because you’ve met someone so wonderful that you want to spend time with him/her and take care of him/her the best way you can.

10. It’s nice to have somebody taking care of you

There is nothing wrong with wanting to be taken care of by someone, as long as you genuinely want to care for that person back. You’re capable of looking out for someone other than yourself, and recognizing the other person’s needs too. But if it’s a one way street where you demand so much of the other person and you refuse to make any effort to care for them, then you should not be in a relationship.

Should any of these turn out to be the only reasons you’re with someone, you might need to reassess your relationship. There shouldn’t be any other reason to be with someone other than you love them, wholeheartedly, transcending the mind-blowing sex, your biological clock, all the time spent, and your self-validation.

You know that through thick or thin you’ll be there for them and you’ll be equals in everything. They mean the world to you, and despite being assured of your own person, you know that having them in your life just makes it extra special.

Settling should be nothing but a remote notion, because you know you’re so darn lucky to have found someone who understands you, makes you happy, and makes you a better person, just as you do to them. You know in your heart that you are right where you need to be.

If you’re not, do your partner a favor and see how you can make up for what’s lacking, together. If that’s too much to ask, let them go and let them be with someone else who can make them feel as special as they deserve.

Yasmin is a freelance writer based in Calgary, Alberta, Canada. She has more than 9 years of experience providing ...