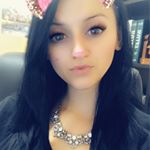 We were around 100 immigrants from 30 countries ranging alphabetically from Albania to Vietnam, gathered in a small room in the USCIS Orlando Field Office.

We faced a slideshow of patriotic images and pledge to defend the Constitution against enemies foreign and domestic. And with that, we’re citizens. In booklets that the government hands out, we are reminded that the U.S. has a cherished history as a welcoming country: Abraham Lincoln said in 1860, “Americans should dwell together in the bonds of fraternal feeling.”

But just two weeks before this moment, U.S. Citizenship and Immigration Services — the same agency that hosted the naturalization — removed the phrase “nation of immigrants” from its mission statement.

Those fraternal feelings are being tested like never before, or so it seems. History tells us otherwise.

Many times during its 242 years, the U.S. has been less than welcoming: Chinese immigrants were banned in the 1880s and Japanese-Americans were interned during World War II. The Alien and Sedition Acts of 1798 were aimed mostly at deporting people from France, against whom the U.S. was fighting an undeclared war at sea.

I became eligible for citizenship in 2013 — five years after getting my green card. I had by then spent the majority of my teenage life in the States.

My interest in politics and my new found love for my immigration legal profession played a great big part in my decision, the country around me is falling apart and I can’t do anything as a legal resident, I wanted to vote*, I wanted to have my say.

While my application was in the works, deportation agents were making arrests across the country, and the current administration was issuing travel bans, many of my client’s cases were being scrutinized more so than ever because of where they are from, so why did I choose to still go ahead with it?

I came to the states when I was 13 years old, which means I finished my schooling here, I witnessed the birth of my sister and helped raise her here, I am building my career here, I adapted to the culture and lifestyle here, and I plan to build my family here.

I planted my feet firmly on the ground here and I have zero plans to stop reaching my goals here so I figured it was time, time to get what I earned and deserved, citizenship. I would have been allowed to live in the US forever with a green card and as a legal resident, but I felt American as much as I felt British. For me, having a naturalization certificate said I chose to be part of this country as much as I chose to be part of England.

I am proud to represent Britons in the US. I am proud to say I earned my keep here, I’m proud that I got/get the opportunities I did in this country. I believe I’m everything a citizen should be. When I accomplish something, I want people to know that I’m both a British and American citizen because both countries made me who I am, not just one of them.

(*About two months following the ceremony, I registered to vote)