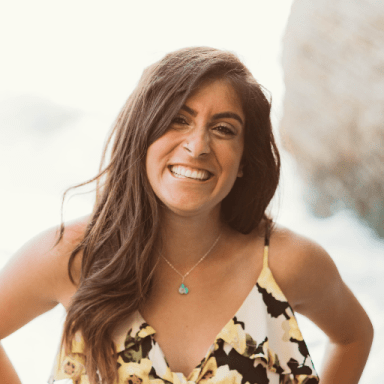 Remember when you were 8 years old and lying in bed and your ankles hurt so much? Your parents told you that they were called growing pains and that you’ll have to go through them for a little bit but then you’ll be bigger and stronger so soon. Yeah, they definitely hurt for a while but then they eventually stopped and you were finally grown. This exact phenomenon happens to people when they’re ready to change.

Whether it’s moving to a new city, starting a new job, cutting out bad habits, or really any change to your usual lifestyle, it’s not going to be easy. The beginning of it, you’ll have growing pains. And the reason you’ll feel this pain is because you’re letting go of something that you have right now. Whether it’s friends you have outgrown, bad habits you need to overcome or a new lifestyle you want to live, you’re going to have to let go of something in order to change. But the beauty of it is that although you’re letting go of something, it’s going to be replaced with something even better. Something that will make you a better and more true version of yourself.

You don’t even remember your growing pains when you were a little kid, right? You only remember them when they’re brought up. The same thing will happen again. You won’t remember the hurt you’re going through now. You’ll only remember the growing. So keep going. Keep growing. You’re almost there.

Keep up with Yasi on bit.ly