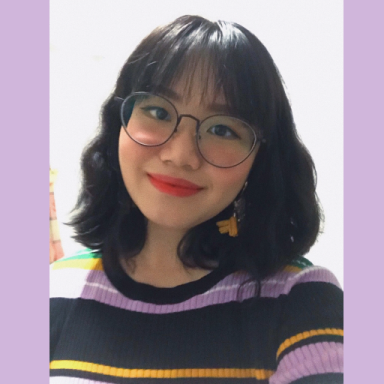 Don’t you think that life would’ve been a lot easier if things were kept simple? When questions were answered in multiple choices instead of open-ended responses? When an apple simply meant an apple and not lust? When silence was simply empty and not disappointment? When ‘thank you’ simply meant gratitude and had no hidden agenda? It would be nice if things were kept simple sometimes.

But the thing is, nothing is ever clear. We are inconspicuously bound by blurred definitions every single day. And these blurred edges are the reason for a lot of sadness today. Ironically, despite that, we still unknowingly crave it.

“You’re special to me, but not, like, my-only-one kind of special.”

“Please stay… but if you find someone good for you, then don’t hold back.”

The language of love has evolved into strings of juxtapositions that spur greater confusion regarding what we truly want. People can act one way and mean something else or even act a certain way and not mean anything at all. We can go on millions of dates, invest time and effort on several someones who could potentially be the one, but still be perfectly okay not committing to make things work.

It’s almost as if we unconsciously assume the people we love are replaceable. How many someones do we have to go through before we actually find the one? It’s good to know that no two people are always going to fit each other, because over time we change and grow, and so do our needs and wants.

But it’s true that the one doesn’t exist. Because the one is found in the person that we can’t imagine living without. Anyone can be the one, because believe it or not, making someone the one is a choice that requires constant effort. Long-time partnerships and relationships don’t just happen, they require an active commitment between two individuals who have decided to stay together for as long as they can. We don’t wait for the one, we make them.

So, blurry situations aren’t actually so blurry after all. They become blurry when we put ourselves in complicated situations and wallow in self-pity and delusion, when things are actually really simple.