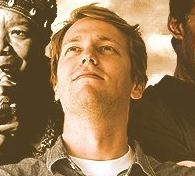 By the the time you finish reading this sentence, six seconds will be dead.

Time is both the most finite and infinite resource we have at our disposal. It’s infinite in that it quite literally goes on forever both ways, and finite in that for us as individuals, it’s the only thing we can ever definitively and permanently run out of.

And of course, all of us eventually do.

There is no investment you can make to get back more time, you can’t buy more of it, and you can’t wish your way to more of it. You can’t even scam some naive midwestern family out of their time and then hoard more for yourself, and then bitch when the government tries to use your time to pay for roads—which I know, total bullshit, right?

But we do have a say in what we spend our time on, and that’s the most important decision you make in your life. Everything in your life dovetails off of that perpetual decision—between working out and sitting on your ass, between talking to that girl and talking under your breath as you imagine what you would say to her, and between watching another House Hunters or doing literally anything else.

We need to value this resource not just because you could die tomorrow, but because tomorrow will die regardless of what you do, so why wouldn’t you try to make it really fucking cool? Wouldn’t wasting that make you a total dipshit? We don’t treat other resources this way. We don’t take a wad of cash and just throw it out the window because, well, there’s nothing else to do at the DMV.

So maybe we should consider that you now have less time than you did when you started reading this. Maybe you should be asking yourself, “What is the best way I can spend this time right now? Is this article worth the seconds I’m spending on it?” (Yes, yes, for the love of God, please, yes.) Maybe we should consider how we look at time, and really try to make sure we don’t spend it like an asshole.

But how do we go about actually appreciating our time and using it as effectively as possible?

There is one primary (albeit multi-faceted) rule I have on how you approach your time-spending. I call it “The Fucking Awesome Rule.”

Your life is filled with plenty of stupid bullshit that doesn’t need to be there. We all have a timeline we scroll through that slowly sucks the life out of us or a show we watch that we couldn’t really tell you why or a friend from middle school that still references Grease because you guys were both into it when you were 11 who you still hang out with for some reason.

It’s this obligatory, filler bullshit that quite literally sucks the life out of us, and the solution to this and all time-wasting is the Fucking Awesome Rule. So here’s part one:

1. Something is worth doing if it at some point makes you think, “This is fucking awesome.”

One way to tell if your use of time is valid is if it makes you periodically think “This is fucking awesome” while you’re doing it. This can come from literally anything—a hobby, a TV show, a deep conversation with great friends. But it can also be weird off-the-wall, specific-to-you shit—tidying up your dollhouse, adding to your collection of pickled orange peels, juggling.

The important part isn’t the activity itself. Any activity may make you feel that way, and that’s totally fine. If you’re judging your activity against common societal standards and hearing some judgmental voice in your head saying, “Bradley, watching Step by Step reruns as a 42-year-old man is no way to live your life,” tell that voice to go fuck itself.

The point is that you shouldn’t just be fine with any of the activities you choose. You should be jubilated by them. You should, at random times while engaging in your activities of choice, think, “This is fucking awesome.”

This is an important distinction to make. We fill most of our lives with the acceptable, and that’s depressing. If your bank account of time is going to be MC Hammer-esque at the end of your life (or in other words, if you’ll have Hammer Time left), regardless of what you do, don’t fill your life with acceptable. Go down guns blazing.

The goal is to be stoked, not satiated. So if you’re really fucking jazzed about Suzanne Sommers and Patrick Duffy, keep going with your Step By Step reruns, my friend. But if you’re just getting a hit of pleasant nostalgia and vaguely stimulating brain stimulus, that’s likely some bullshit time and it’s not worth doing.

So how do you actually do this?

Think of every moment in your life when you’ve felt really awesome. Don’t just look at what you were doing, but try to identify what it was about that that blew you away so much. Was it a sudden realization? Was it a new experience? Is it that Wannabe by the Spice Girls is just that great of a song? Was it the challenge or the stimulation that excited you? Was it the result or the journey? Was it his girth or his know-how?

Get to the root of what you enjoyed so much. How can you recreate that childhood wonder? What can you find to make things exciting again? What will challenge you in a way that keeps you interested?

Return your focus constantly to making these the central questions of your life. Meditate on them. Stay conscious of the idea that good enough is not good enough. Instead, before you spend your time on something, ask yourself, “Is this fucking awesome enough?” And then more or likely, say “Fuck Patrick Duffy” and raise your standards.

2. Aim to one day experience some “Fucking Awesome.”

Part of seeking out the fucking awesome means not opting immediately for comfort or convenience and instead keeping the goal in mind constantly on how things can be really fucking cool down the line.

For the most part, this is okay. Your whole life can’t be a party. That would be stupid. You’d get sick of how great things are, and you’d get spoiled and miserable, and you’d become everything you (okay, I) hate.

So it’s totally cool for your life to suck sometimes if the end aim is something that’s fucking awesome. If you’re working to survive and you’re just scraping by with that right now, that’s worth doing regardless of how shitty your job is. After all, you can’t do most awesome things while homeless, and almost none while dead (except if you’re the Bernie in a Weekend at Bernie’s situation, because that’s pretty awesome).

But there’s got to be a plan for something more, an aim for something better. Keep a higher, more fucking awesome ideal in mind. Work at the local Office Max so that you can afford your apartment where you study for your night classes in weed farming so that you fax your nutsack to your superior, quit, and build your own farm one day.

Or you know, whatever your dream is.

3. Do things to make others think, “This is fucking awesome.”

With all of this in mind, don’t be a selfish asshole. You need to also do what you can to contribute your own dose of fucking awesome to other people.

This can be challenging. So few things are truly fucking awesome. You can invent a medicine or a really fun game or create a fucking awesome work of art. All of that would be awesome, but, I mean, you’re probably not doing any of that.

If you’re creating things, you’re much more likely to draw an abstract version of what “yellow” means to you that nobody gets or write a story way too strictly based on your boring-ass life that nobody finds interesting.

Even if you do something really nice, like volunteer at a soup kitchen or visit a nursing home, you’re generally not adding “fucking awesome” to the world. That’s a little dramatic. No senior is rolling away from 15 minutes of chit chat with you like, “Holy shit that blew my fucking mind.” You’re more likely to add some, “Oh that was nice.”

But here’s the thing: “fucking awesome” can be a relative term. And for people who don’t have much of it in their life (i.e. people whose best part of their day is making small talk with the person who gives them their pills), adding some “Oh that was nice” to their life is a fucking awesome thing for you to do.

This means volunteering like I mentioned above. It means being over-the-top, exceptionally, annoyingly kind. It means constantly doing the right thing. It means doing annoying favors your friends ask of you and being there for them when their cat dies, even though you were really hoping to stay home and watch Iron Chef.

This is all worthy of your time. Sacrificing your seconds for someone else is a fucking awesome thing to do, and it’s a great way to make sure your time isn’t wasted.

Look, life can be super fucking lame sometimes. I mean, have you seen The Nutcracker? As a default, life is lukewarm, forgettable, and boring.

Making your life fucking awesome requires intention and effort. It requires deliberate action towards trying to gather what excites you and that effort is worth making.

So stay conscious of what you’re doing. Keep the goal in mind of making your life and the world as fucking awesome as possible. Your seconds will still die, but at least they’ll also have actually lived.

Keep up with Will on BeBetterStupid.com