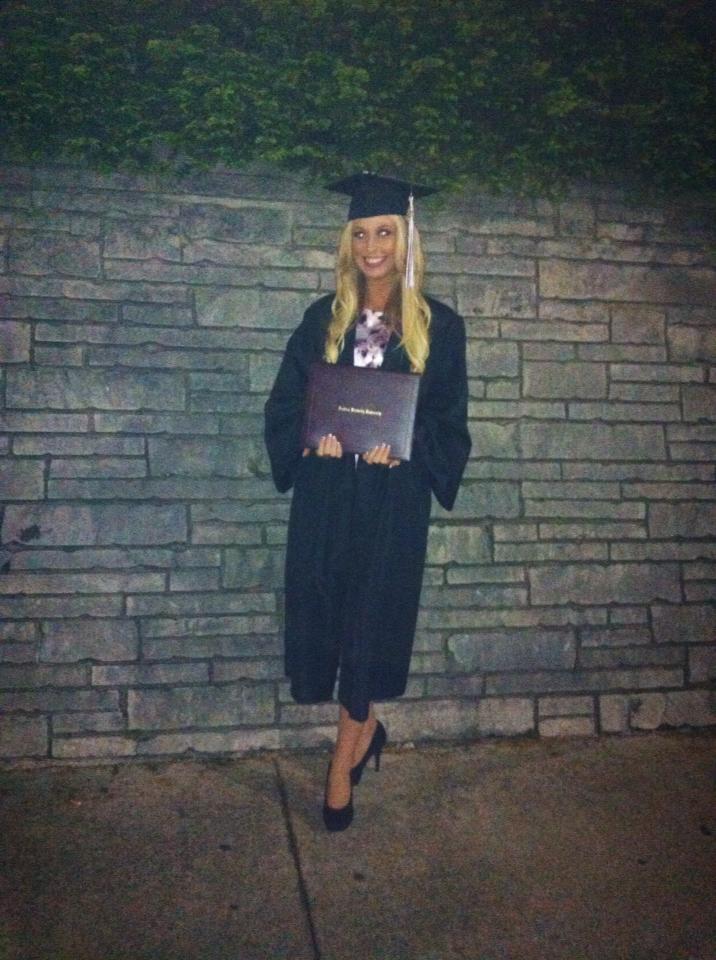 What is a feminist? What does a feminist look like? Short answer: they are whatever they want to be and look however they want to look. At 21-years-old, I put on an evening gown and pranced across a stage, opening myself up to judgments based on how I carried myself, my appearance, my intelligence, and my ability to convey that to a panel of judges and an audience. After a weekend of competition, I walked away with the Miss Kentucky United States crown and a brand new outlook on what it means to be a feminist. For so long I had thought that feminist were against these types of competitions and that by choosing to compete I was giving up my right to consider myself a feminist — I was wrong.

If you look up the word “feminism” in the dictionary you will find the following definition: the belief that men and women should have equal rights and opportunities. Now I’m not sure about you, but I feel that should they wish, men should certainly be able to compete in a pageant.

I believe that both women and men should feel attractive, graceful, and powerful. I also believe that women and men should be able to competently convey their beliefs, knowledge, and hopes through words. That, to me, is exactly what the pageant allowed me to do. It is not about the fact that we are trying to prove we’re prettier, we aren’t. In fact, I’ll be the first to admit that I have many flaws and insecurities. We are competing against ourselves to become the best versions of ourselves. Winning the crown can also give us a platform and backing that allows us to take on projects that we otherwise may not have the opportunity to do. What is wrong with that?

Flashback to 2013 as I was standing on the stage, envisioning the cheeseburger I was about to devour in a few short minutes, I realized that I could be both Miss Kentucky United States and a feminist. I believe with all my heart that women can do absolutely anything that we set our mind to and that is what feminism is.

It’s knowing our potential is limitless with hard work, understanding that our worth is not determined by our sex, and that we must stand up and demand equality now in hopes that future generations of women will never have to.

As women we are constantly scrutinized for our appearance and our behaviors. Female politicians are subjected to not only being critiqued on their knowledge and intelligence but also on their wardrobe choices and their hairstyle. Now, I am not saying that some women, like myself, don’t open ourselves up to this type of critique.

We are all beautiful in our own ways, inside and out. Human beings are not one size fits all and I am so glad because what a boring world it would be if we were.

I knew that when I stepped foot onto that stage I would be judged and that if I won, that judgment would continue. My question, however, is why do we have such strict guidelines to fit into? If a female politician wants to wear a fashion-forward ensemble, it does not mean that she is any less educated than a woman wearing a black pantsuit. The women who compete in pageants are some of the most intelligent, driven people that I know yet because a few women occasionally slip up on an on-stage question (you should try answering under that pressure) we are all often seen in a negative light.

It’s 2015. We have put a man on the moon, yet we can’t all agree that sex should not be a defining factor regarding what is expected of a person. We need to start teaching young women that no dream is out of reach as long as they are willing to work hard and never give up. We need to create an environment in which we do not alienate each other but rather we support one another to reach higher levels of success. For me, I found this in the Miss United States Organization, among others. If someone wants to wear a full face of makeup 24/7 because they feel beautiful, let them.  If someone wants to go bare faced and beautiful, let them.

We are all beautiful in our own ways, inside and out. Human beings are not one size fits all and I am so glad because what a boring world it would be if we were.

As I approach my mid-20s, I’m starting to see countless people who are getting engaged, married, and having children. I find myself being happy for those who have reached those milestones, yet I am not concerned about reaching these personally. It’s at this point that I stop and wonder whether something is wrong with me that I am not ready to get married or have children.

I’m 23, a college graduate, and I should want these things shouldn’t I? In my opinion, no, I should not. Not because they aren’t great, not because they aren’t things that deserve to be celebrated, but because I’m not ready. These just simply aren’t in my five-year plan and to me that is just fine and completely normal. But this brings up another intriguing question: does this make me a bad girl?

For as long as I can remember, I’ve heard females described in one of two ways: good girl and bad girl. At no point has anyone ever given me a definition of either, and as a result I have often wondered what the difference is? At what point does a woman cross over to the dark side and become a bad girl? More importantly, what gives people the right to make the distinction between a good girl and a bad girl?

We all need to live for ourselves and learn to be less judgmental, myself included.

In terms of self-respect, I believe that every woman should respect herself and should expect respect from others. But I also realize that my definition of what self-respect is may look different from someone else’s. Behaviors and beliefs are not one size fits all and they will never be. As a woman, I truly believe that I should be treated as an equal to a man in every way. We all have different goals and beliefs and just because another woman’s views look different than mine does not make them wrong. Does this make her less of a woman? No. She is still very much a woman.

We all need to live for ourselves and learn to be less judgmental, myself included. Learn to accept others, participate in educated debates, but do so respectfully. Lets inspire our future generations to be better than we are and to encourage one another.