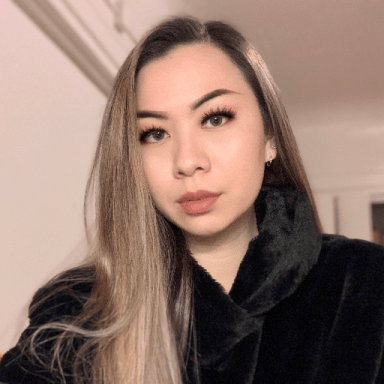 Today I mustered up the courage to watch one of our favorite Netflix shows that we never finished. To be honest, I thought this day would never come. I still remember sitting in my room eight months ago, sobbing and writing a letter to you in which I mentioned how I would no longer be able to watch those shows again, at least until after a while when I would no longer break down at the thought of us cuddling and binge watching them together. That day seemed so far away, almost unreachable, but here I am now.

These past eight months felt like some of the longest months of my life, but they also flew by. It’s crazy how I can still clearly remember not being able to eat or focus on anything because all my thoughts were consumed by you. You were my first thought in the morning when I woke up and my last thought at night before I fell asleep. Even in my sleep, I dreamt of you.

Taking the time to get over you and the idea of us were no doubt some of the hardest things I have had to go through. It’s no lie when people say heartbreak hits differently. It not only hurts emotionally, but also physically. I couldn’t sleep, eat, laugh, or love for a while, but I told myself that I’d eventually be fine. Love hurts, but that’s what makes it real.

But now, the sun finally looks brighter, the grass looks greener, and life in general looks better. You are in my thoughts less, and the things that would have sent me sobbing no longer do. I still have the things you gave me, but they’re starting to look more like other objects in the room rather than things associated with you. I now walk by the places we used to go to together without batting an eye, and I no longer get anxious like I used to. Remembering broken promises no longer makes me disappointed, but rather, it makes me laugh at how naive and innocent we were. I still wish I could see love with that same innocence, but being naive in the real world realistically won’t end well.

In fact, I want to thank you for leaving me, because that allowed me to see life from a different perspective and without the rose tinted glasses I had on. It allowed me to push myself in ways I never would have. It allowed me to put myself out there again instead of being satisfied as a homebody with you, and I made so many new friends that I have made amazing memories within just a few short months. Most importantly, it taught me to put myself first, because at the end of the day, the only person you know you can always rely on is yourself.

Getting here was a rollercoaster and took what felt like a lifetime, but I made it, and I’m proud of myself. Despite what happened after our breakup, I hope you’re doing well because I know I am. The truth is, everyone eventually moves on. It might take longer for some, but you’ll get there one day. You’ll be okay.